King Diamond resuscitated the long-distance bond to his Bay Area fans by being wheeled onstage via gurney to a set that resembled a decrepit and broken-down insane asylum basement above which hung a flickering neon-pink upside down cross. 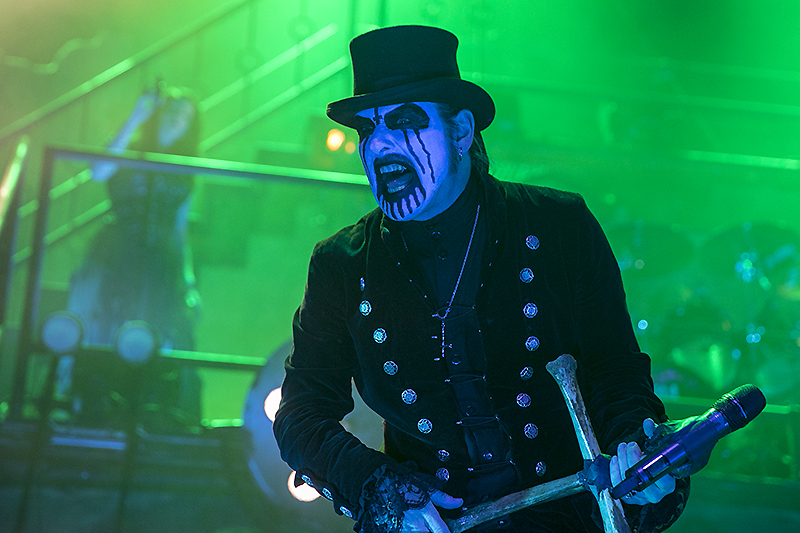 This was the first appearance for King Diamond (ex-frontman of black metal pioneers Mercyful Fate) and his monstrously talented band (Andy LaRoque – guitars, Mike Wead – guitars,  Matt Thompson – drums, Pontus Egberg – bass) since storming the stage at the Warfield in 2015, and it was one that the sold out crowd would not soon forget. 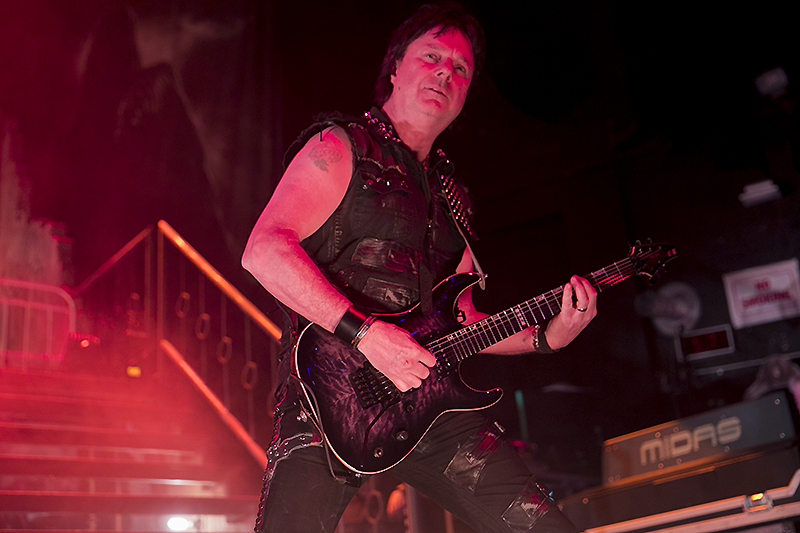 Leaping off the gurney and literally sounding the asylum alarm to beckon his band from the shadows,  King Diamond tore through the wrapping of the evening by immediately taking it back to the beginning with dark and macabre ‘Candle’ (the lead song from The Portrait – 1986)….the room was filled with the lurid chaos of shouting, raised fists, and the unpredictable motions of those who dared to move to the front. 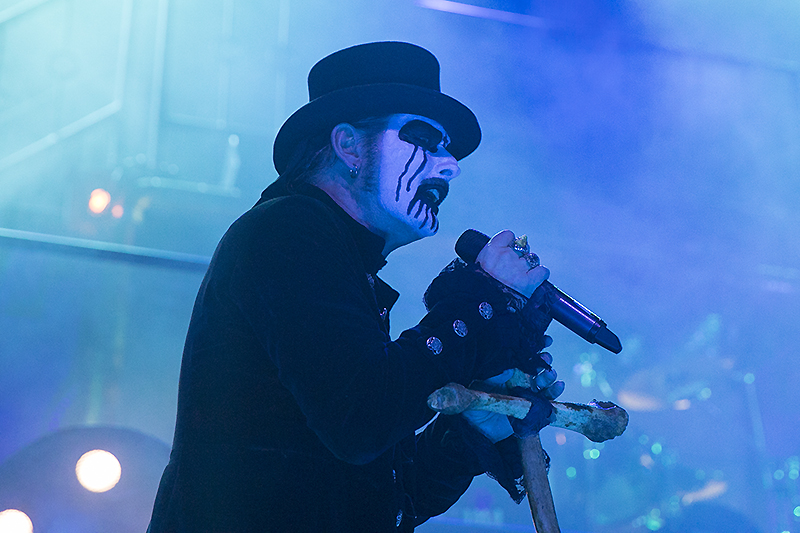 The King ruled over his court dressed in a black ring master’s coat and a top hat and wearing his signature face paint (white with black spiky streaks). He greeted his adoring following and his band then wasted no time in amping up the mayhem by galloping into the crushing, haunting waltz ‘Behind These Walls’ (The Eye – 1990). 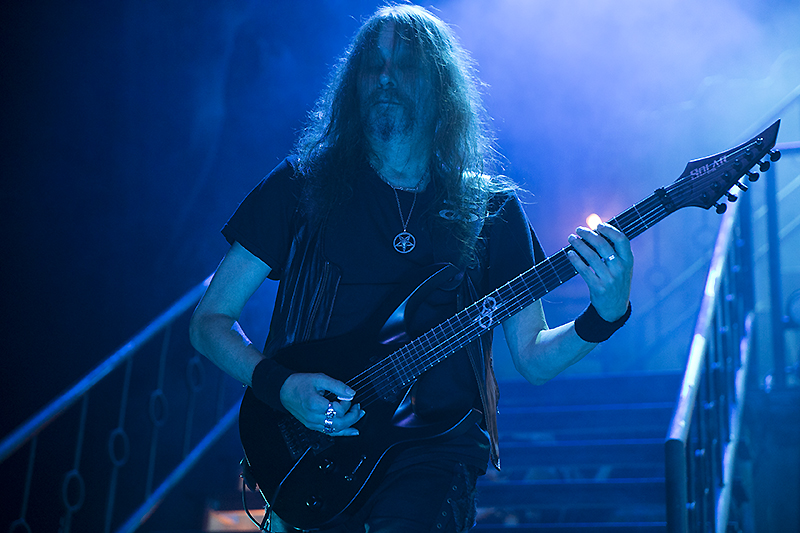 Wielding a microphone holder made of a human femur bone and a tibia bone tied to create a cross, he alternately used it as a singing accoutrement and an air guitar, stalking guitarists Wead and LaRoque as the traded fretboard burning leads. 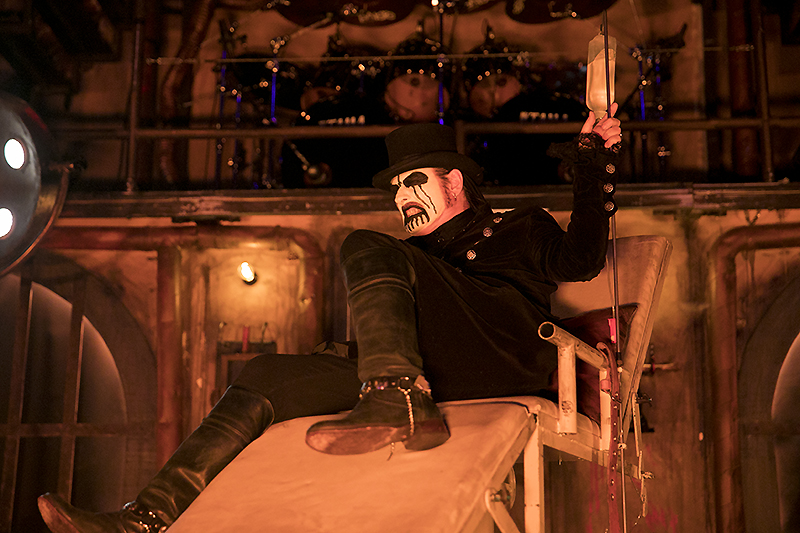 The power of the band was unrelenting and grew as the set progressed, following the lead of King Diamond’s voice which also seemed get stronger with each successive song. By the time the evening reached the crescendo of the career bookends of ‘Halloween’ (The Portrait) and the new single ‘Masquerade of Madness’ (from the forthcoming The Institute – due in 2020), the crowd was putty in the hands of the King. 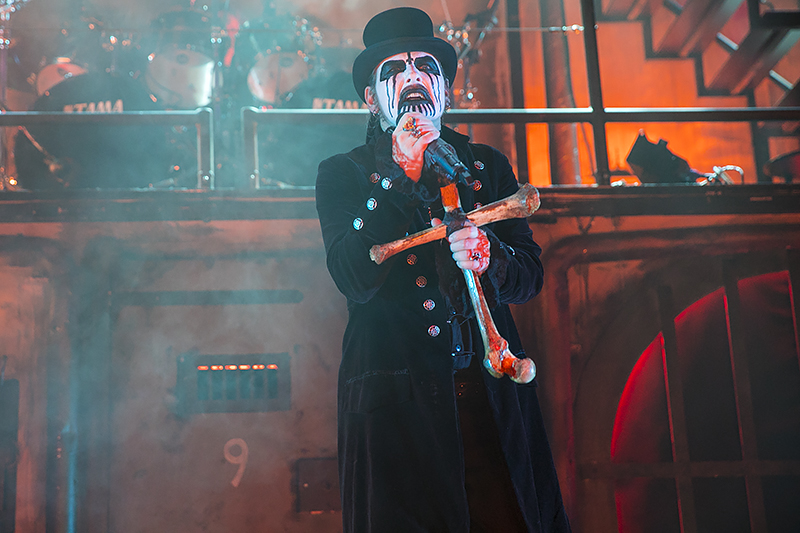 Working the stage from side to side and traversing up and down the stairwells leading to risers above Matt Thompson’s drum kit, the shock rock King did his thing. A crazy blend of Alice Cooper theatrics cut with a voice that makes Rob Halford and Geoff Tate take notice, King Diamond staked his rightful claim as a forefather in the pantheon of black metal. Without King Diamond it would be a longer road to the likes of Ghost. 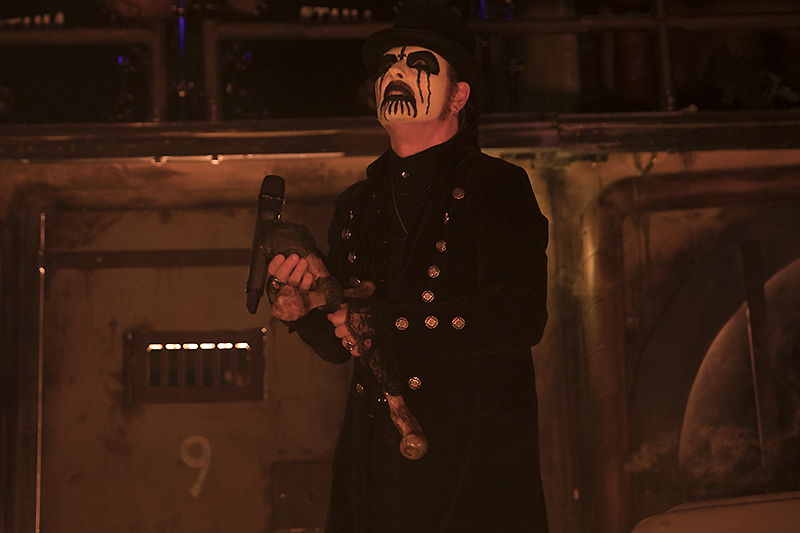 The appeal of the evening was not restricted to seeing King Diamond re-appear. There was a definite buzz in the air for supporting band Uncle Acid & The Deadbeats, a dangerously heavy quartet form Cambridge, England. 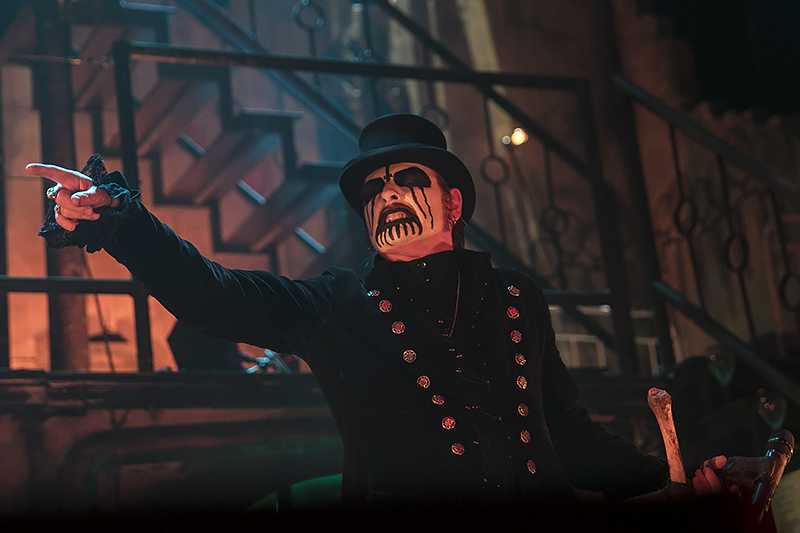 Uncle Acid (Kevin Starrs) & the Deadbeats (Vaughn Stokes – guitars/vox, Jon Rice – drums, Justin Smith – bass) laid the seeds of the asylum theme played out by King Diamond as the preamble to their set was like being dropped into a mind control experiment. 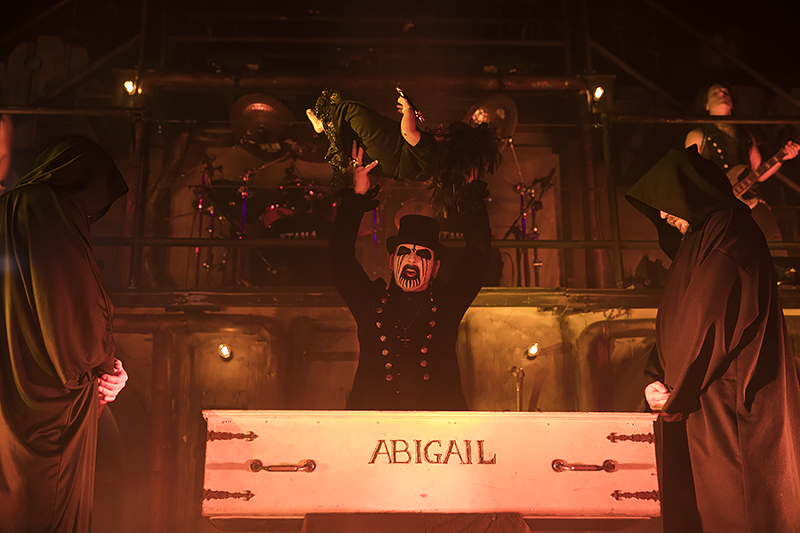 Quick cuts of TV test patterns intermingled with static images gave a Stanley Kubrick  A Clockwork Orange effect to support the forthcoming aural assault as the band charged into the opener ‘I’ll Cut you Down’ (Blood Lust – 2011). 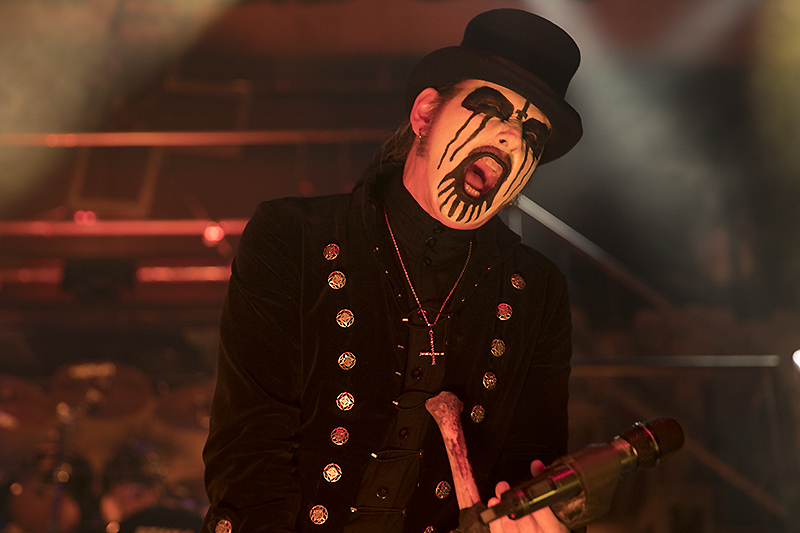 The sound was like Kyuss, Black Sabbath, Ozzy, and John Lennon, all involved in a hypersonic head on collision. Through to the closing combo of ‘Ritual Knife’ and the lethally seductive groove of ’13 Candles’ (both from ‘Blood Lust),’ the Warfield was entranced by the hypnotic narcosis of Uncle Acid & the Deadbeats. 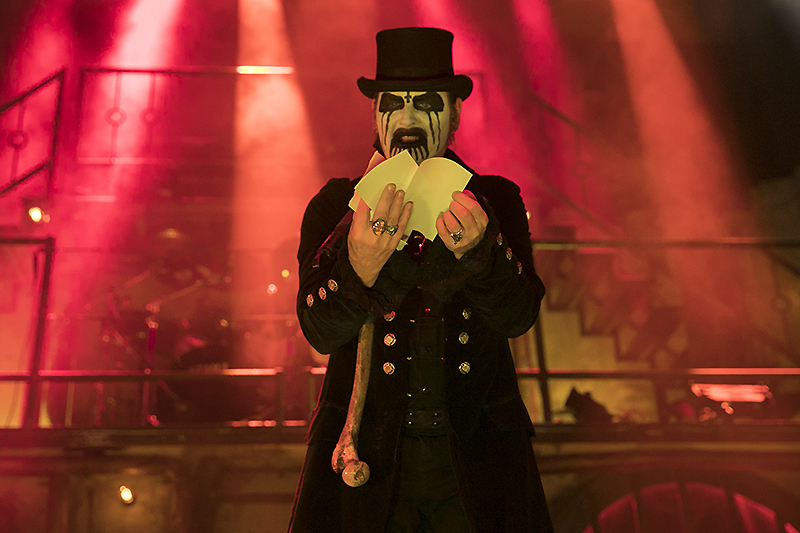 The opener for this evening of sinister rock stylings was Idle Hands from Portland, Ore. This is a new band that was more flash than substance. Compared to the genuine dementedness of King Diamond and Uncle Acid, their brand of dark rock came across as more contrived and fabricated on this evening.

All photos are of King Diamond’s performance.

Setlist: The Wizard (Uriah Heep song) | St. Lucifer’s Hospital | The Candle | Behind These Walls | Funeral | Arrival | A Mansion in Darkness | Let It Be Done | Voodoo | Halloween | Masquerade of Madness | Out From the Asylum | Welcome Home | The Invisible Guests | Sleepless Nights | The Lake || Burn | Black Horsemen

Setlist: Nightfall | Blade and the Will | Time Crushes All | Jackie | Cosmic Overdrive | Can You Hear the Rain | Dragon, Why Do You Cry? | Give Me to the Night