As the howling wind and heavy rain raged outside Oakland Area, metal fans inside were treated to a spectacular spectacle of heavy metal from Slayer, along with openers Primus, Ministry, and Phil Anselmo & the Illegals. 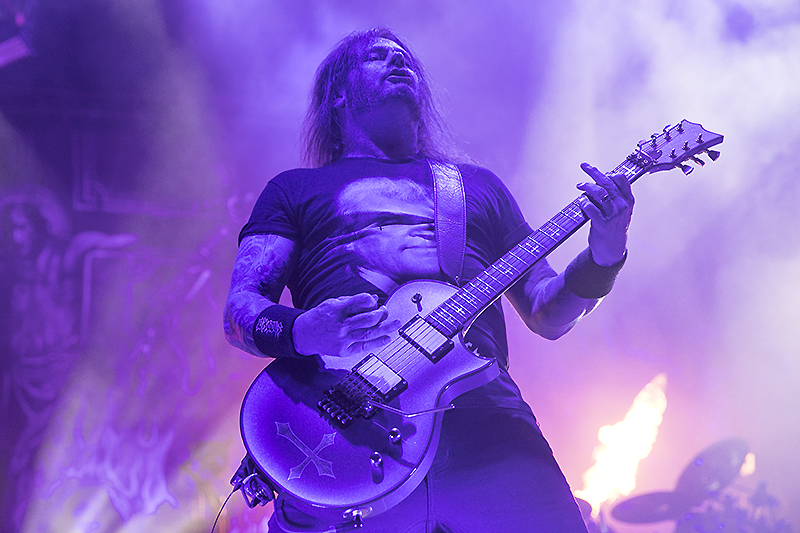 For many of the fans in attendance, this would be the final time they would see Slayer, as the final leg of their farewell tour was winding down, and while other bands in the past have reneged on their retirement, one got the sense that this was truly the end for Slayer. 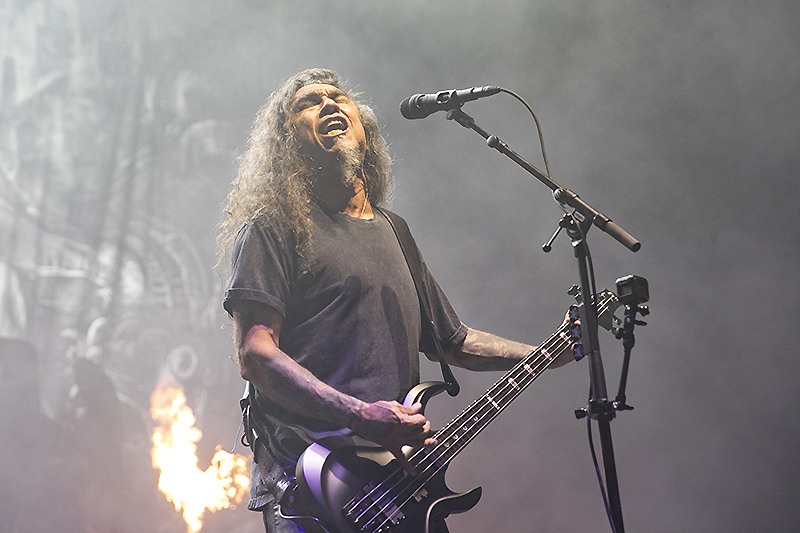 There was just a certain finality to the way the band performed on Tuesday night, a certain way that Paul Bostaph hit his snare drum, or the way that frontman Tom Araya seemed to belt out the vocals like his life depended on it. 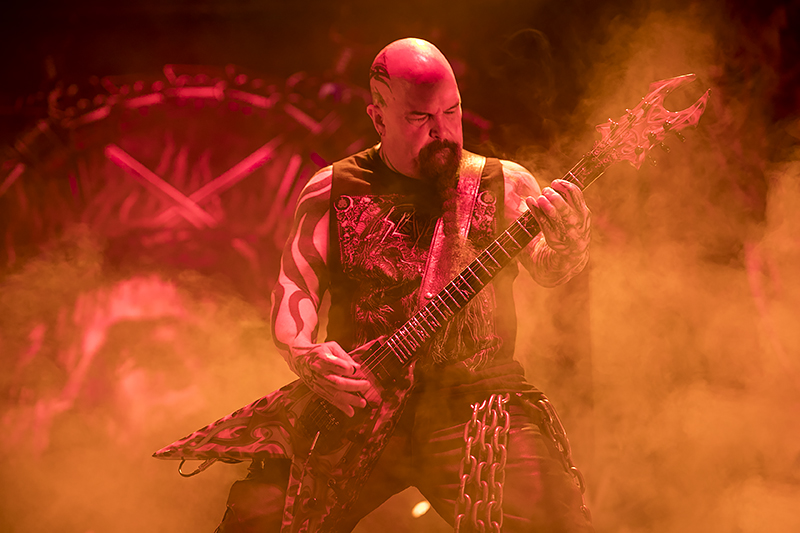 The band opened the night with the surging thrash of “Repentless” before moving through a set that blended old classics with some newer material from later Slayer albums. 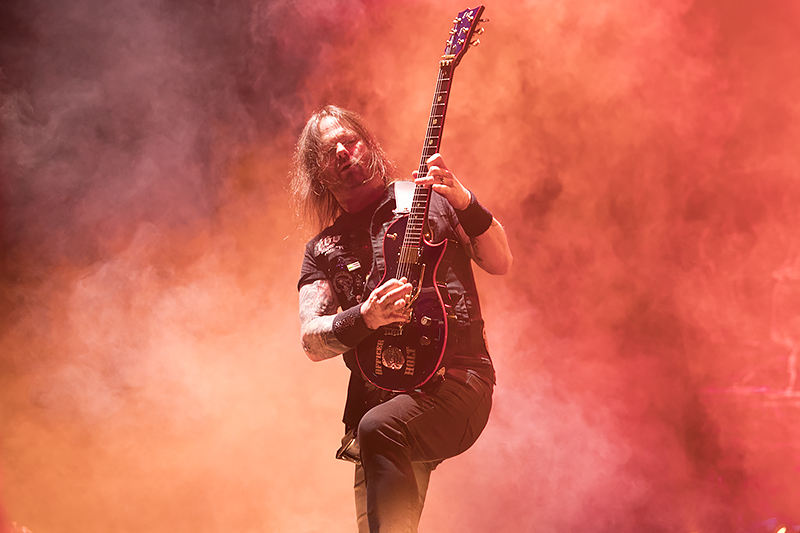 What makes a Slayer show so memorable is the sheer power of the music and the stage show, with plenty of dizzying lights and flames surrounding the band. The audience was clearly enjoying the whole spectacle as the mosh pit was intense throughout the entire set. About halfway through the set, Slayer turned things up a notch by playing the pummeling “War Ensemble,” a furious slice of thrash metal that featured plenty of insane, ear-splitting guitar solos from Kerry King and Gary Holt. A few songs later the band slowed the tempo down with the grooving “Seasons in the Abyss,” before turning the intensity up once again for the deadly “Chemical Warfare.” Beginning with one of the most recognizable open string riffs of all time, the song really started to get the crowd involved, as the pit swelled to an even greater size. 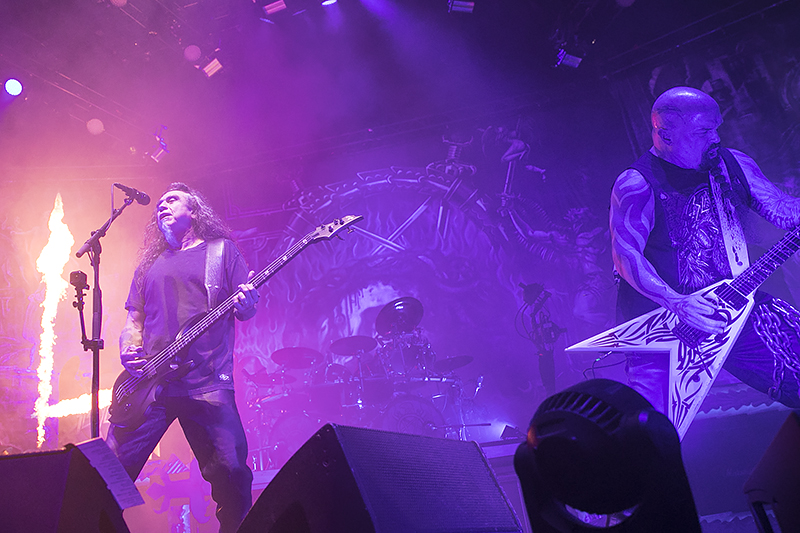 Towards the end of the set things really started to get rolling, with Slayer playing the classic “Raining Blood,” and the eerie “Dead Skin Mask.” Then, it was time for the final song, which came in the form of the blistering “Angel of Death.” And just like that, it was all over and Slayer took their final bows. Araya took to the mic as the sold-out crowd chanted the band’s name to thank everyone for their years of continued support. 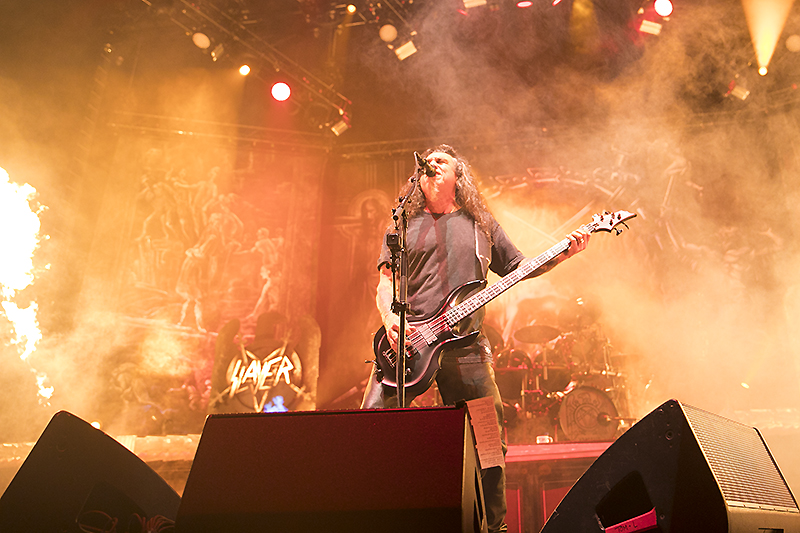 Slayer have always done things their way, and going out on their own terms is the most fitting way that they could end their career. The fact that the band has continued to be able to put out such high quality live performances after 37 years is a testament to their dedication and skill as musicians. 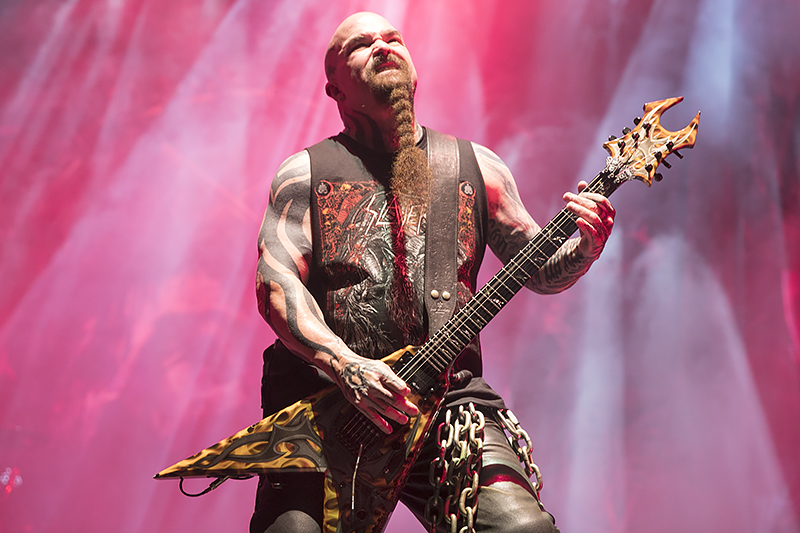 Primus delivered a sold set of classic songs that got people amped up, even if it was not what the typical Slayer fan would be into. Primus songs are built around the massive bass playing of Les Claypool and the winding guitar licks of Larry LaLonde. Coupled with the precise rhythmic skills of Tim Alexander, and you have one of the most entertaining live bands. Primus songs consist of ridiculous and nonsensical lyrics over some incredibly complex music. As always, Claypool’s massive bass dominated the mix, as he effortlessly moved from wild slapping and popping to speedy runs up and down the neck. One of the biggest surprises of their set was the inclusion of the Rush classic “Cygnus X-1.” While Claypool has made it known that he is a big fan of Rush and their bassist, Geddy Lee, including such an incredible cover was a pleasant surprise. The song began with a massive bassline before opening into some slick syncopated drum/bass grooves. Later on in the set, Primus ripped through an inspired version of “My Name Is Mud.” The piece began with a dizzying bassline that demonstrated Claypool’s rhymical mastery bore the whole band came in full force. 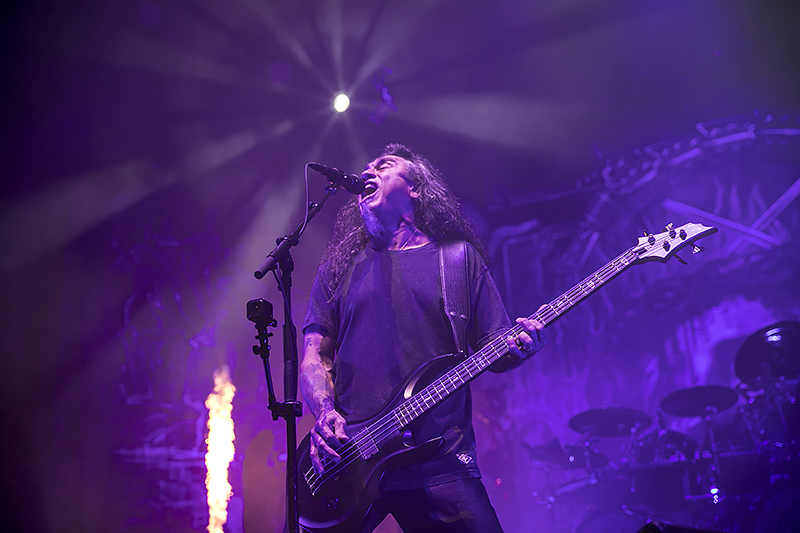 To the outside observer, Ministry may have seemed to have been an odd choice to open for Slayer, but one listen to their pummeling metal/industrial sound and their seizure-inducing light show was more than enough to convert even the most ardent metalhead. Ministry songs are based around simple guitar riffs and electronic elements, but in the live setting, these elements just blast through the PA system and straight into your chest. One of the biggest surprises of their set was the inclusion of the Black Sabbath classic “Supernaut,” which was given a heavy industrial treatment. 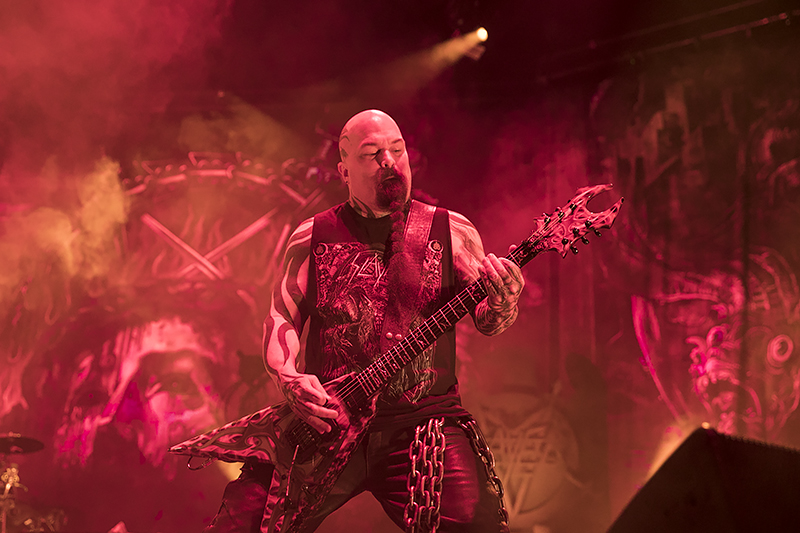 Those metal fans who were early were treated to a furious set of Pantera songs from Phil Anselmo and the Illegals. Anselmo is of course known for his role as the lead singer of Pantera, so seeing him up on stage performing the classics again was something to behold. The band did a great job of balancing the hits with some deeper cuts, but it would be hard to not think that their rendition of “Walk” was their best song of the night. Driven by one of the most recognizable guitar riffs of all-time, the song hit hard as Anselmo commanded the stage with the same kind of swagger as back when he was in Pantera.