4U: A Symphonic Celebration of Prince swept through the Masonic Theater in San Francisco and lived up to every bit of its name. Toting with it plenty of purple anticipation, there was definitely a feeling of celebration in the air, propped up by the intriguing prospect of the musical genius of Prince (RIP) being reimagined through the lens of a symphonic musical presentation. 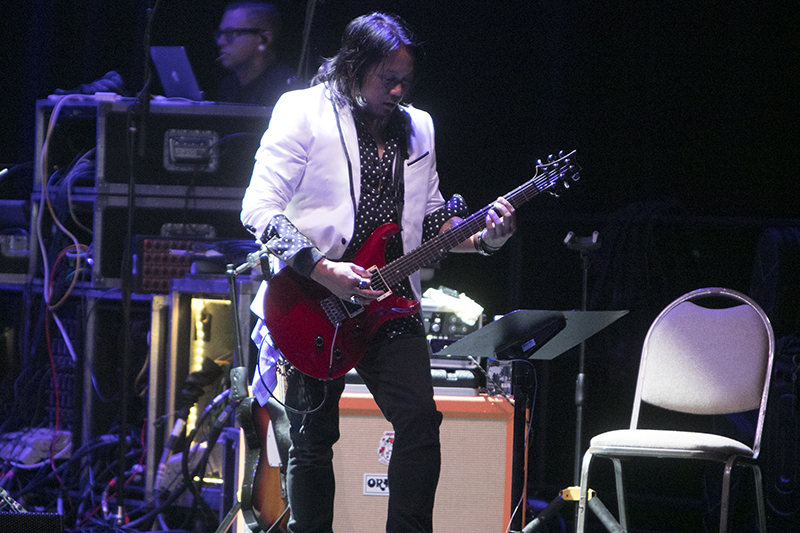 The fact that the show was billed as the only Prince show that is officially endorsed by the Estate of Prince Rogers Nelson, that the set list was curated by Prince ultra-fan Questlove (The Roots), and that Prince’s catalog was to be presented with a full band, symphony orchestra, and state of the art multi-media production only built up the anticipation. 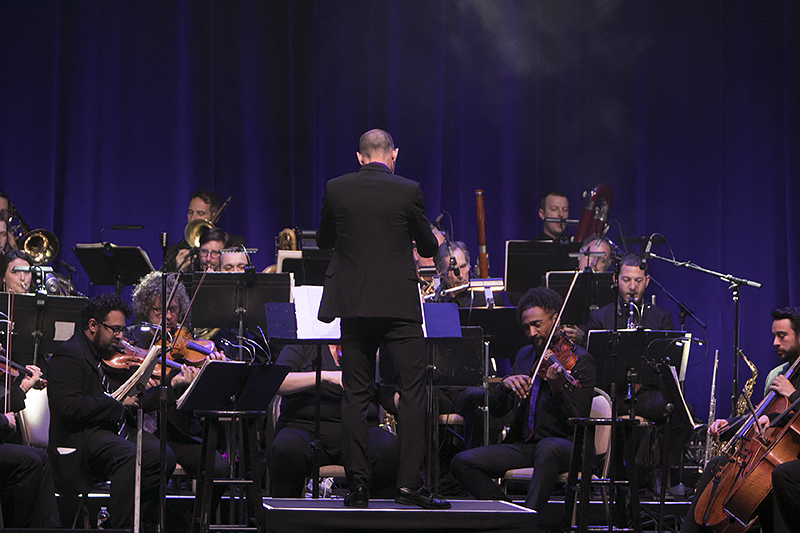 Gauging from set lists from other 4U tour stops, the songs played would be wide ranging, covering everything from early deep cuts such as ‘Controversy’ through top hits charted by Prince with both the Revolution and New Power Generation. Considering all of that, the stage was literally set for an unforgettable evening of Prince revelry.

Before going on, I will pitstop from my deep dive Prince-geek review of the night to cut to the chase. 4U is a quality production. The symphony and accompanying band are all top notch, with a special shout out to the woman playing the lead violin/fiddle and providing select vocals. 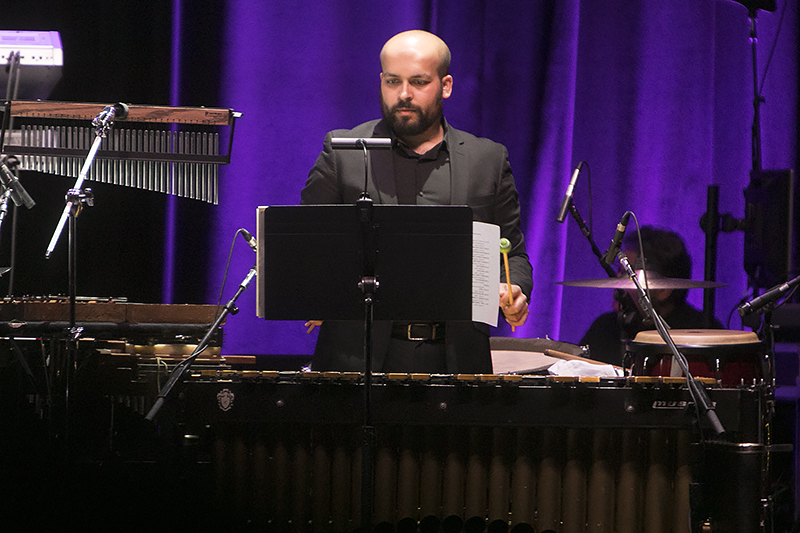 While opinion of setlist quality is a matter of taste (there is not nearly enough time to get in all of everyone’s favorite Prince tunes), it was appropriate and had something for everyone. The multi-media presentation on the other hand was rather flat compared to the hype. Videos were projected on a screen mid-stage and were of varying quality. But seeing clips of Prince in all his splendor from the various eras of his career was effective. This was truly a good time and celebrated Prince’s greatness properly. 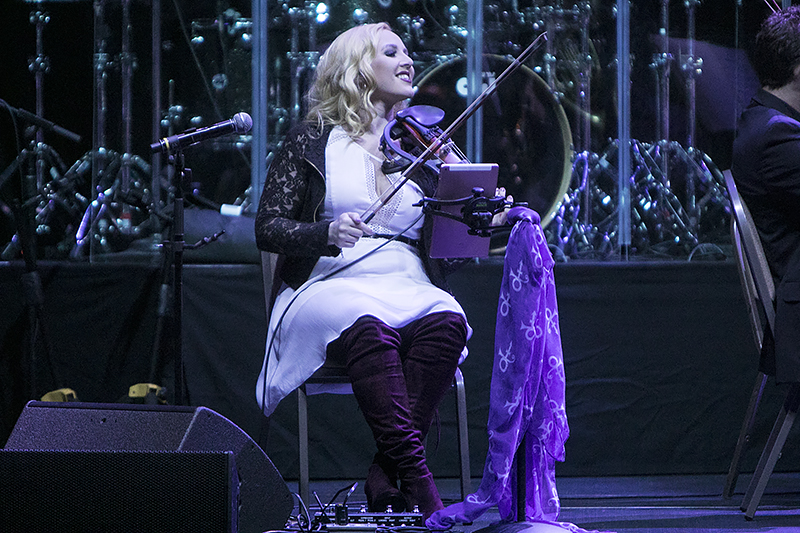 That said (resume geekdom), the show really hit or missed with fans depending what expectations were brought into the Masonic with them. When the lights went down, the program started with a recorded address from Questlove giving a general reverential nod to Prince and background on the 4U show.

The opener, ‘For You,’ from Prince’s 1978 album of the same name, gave a peek at how tremendous the symphonic rendition of Prince’s music could be. The lavish and sweeping soundscape of a 25-piece symphony playing alongside a traditional rock band immediately encompassed the audience and lifted them up, amplifying the hopes that this evening would be a spiritual experience. 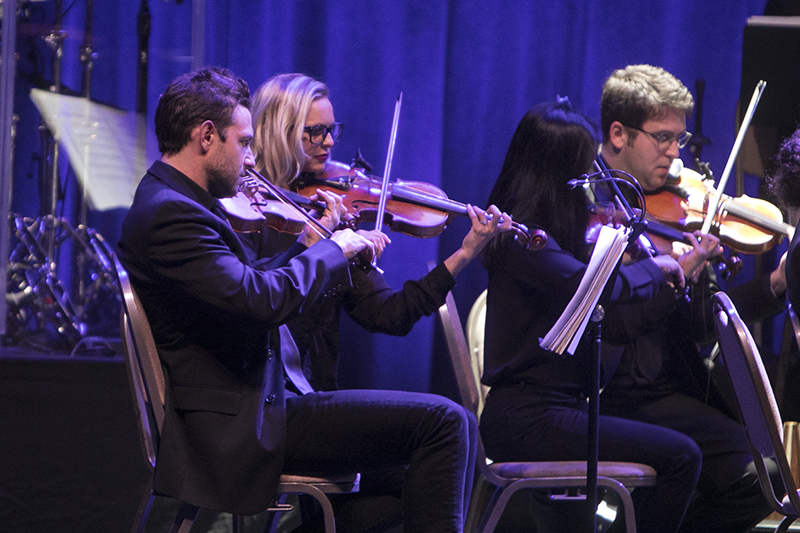 The only problem with starting out on such a high is the fact that there was not much higher to go from there without Prince actually taking the stage. Thus, fans were ultimately left with a feeling of waiting for something more to happen to spark the performance to the next level.

That spontaneous explosiveness of a Prince performance, whether it be via electrifying front man charisma, mind blowing musical wizardry, or flat out sexiness, was missing and very apparent. This is where depending on expectations and past references to Prince performances, a fan’s perception could be one of a joyous celebration of Prince’s life, or a feeling of hollow disappointment because though a quality production, it lacked the Prince alchemy.

To illustrate that last point, I can point to the presentation of the mega hit ‘Kiss.’ The song was played flawlessly by the musicians, articulating Prince’s vocals through the voice of the lead violin. But doing this gave the sense of this being almost like a karaoke back track. 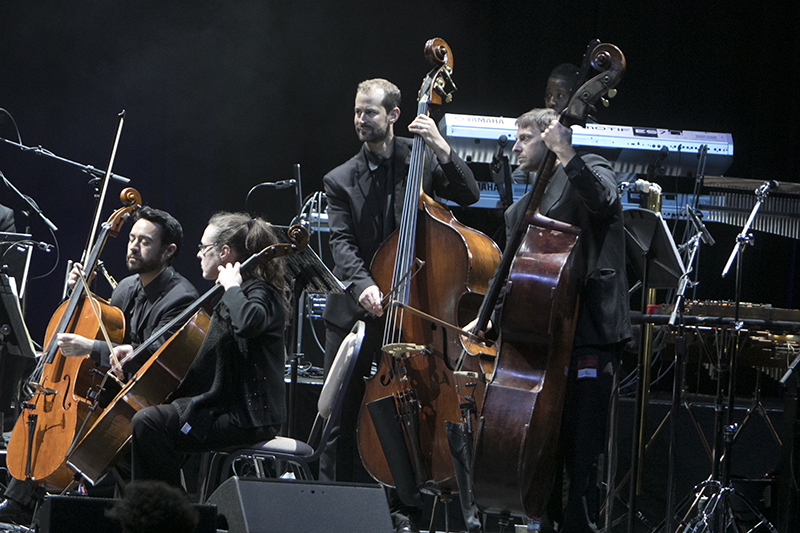 Every so often the violinist would sing the chorus, and there were moments where the voice of the crowd rose above the music to be heard, but the intangible of Prince singing, strutting, and connecting with the audience was not there and left the crowd wanting for a bit more…. almost like chasing fog and never getting to it. It always seems to be a bit further off in the distance. 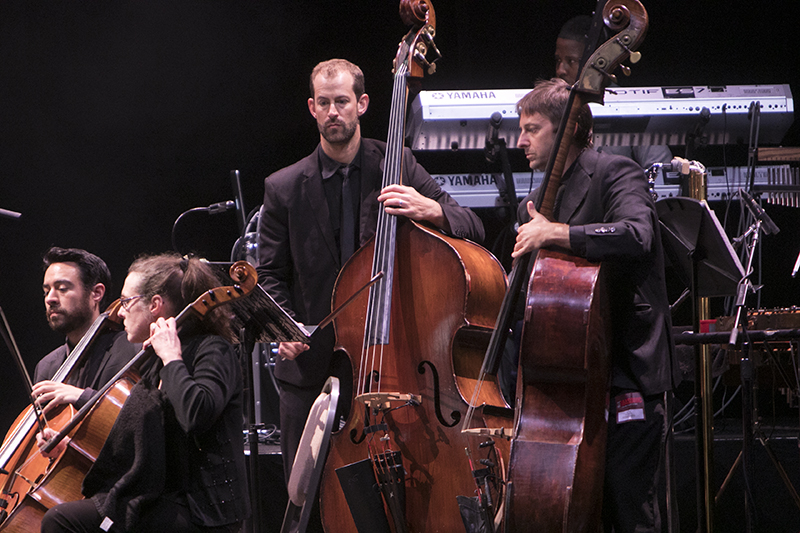 There were some moments that rocked the house more than others. Case in point was the performance of ‘1999’ to close out the first set, which did bring the house down before the intermission. For this one, a male and female singer came out to provide that crowd interaction, and it did seem to get more folks up and moving.

But this also created a more palpable ‘miss Prince even more’ feeling, prompting the thought…..”this is good but not as on fire as it would be with Prince”. It was kind of like watching a Prince tribute band, good but not the over the top, knock you on your ass performance that you wanted.

In the end, any evening of quality musicians playing the music of his purple badness is an evening well spent. For 4U: A Symphonic Celebration of Prince it was exactly that.

Find out more about Prince4U here.