Having just completed a five-week, 32 show headline tour of North America, during which the band was nominated for a Grammy Award, Bay Area thrash metal legends Death Angel headlined two sold-out shows in their hometown of San Francisco on a weekend before Christmas, leaving no doubt that the nomination was well deserved. 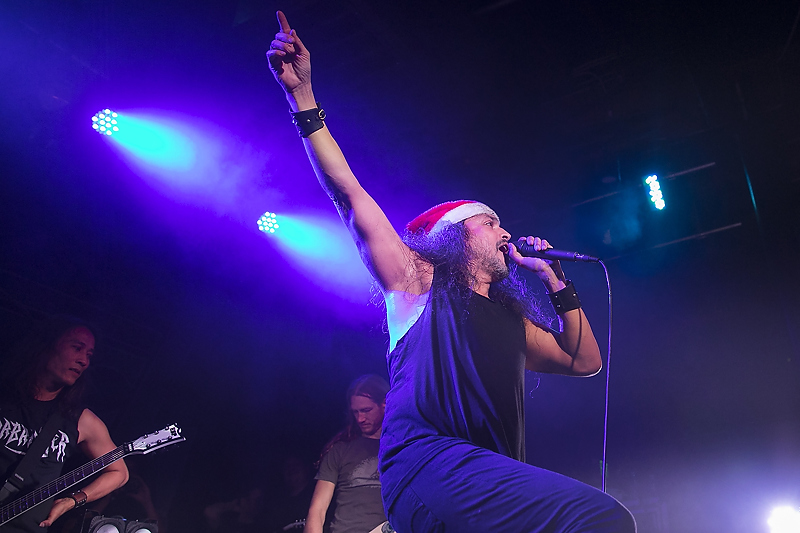 San Francisco Christmas shows have been a Death Angel tradition for the last six years, and the band always make sure to do it right. From handpicking the support bands, to having their own beer available (Devine Defector Double IPA, brewed by Ale Industries) to their merch person dressed as Santa, the shows have become more of an event, and always sell-out well in advance. 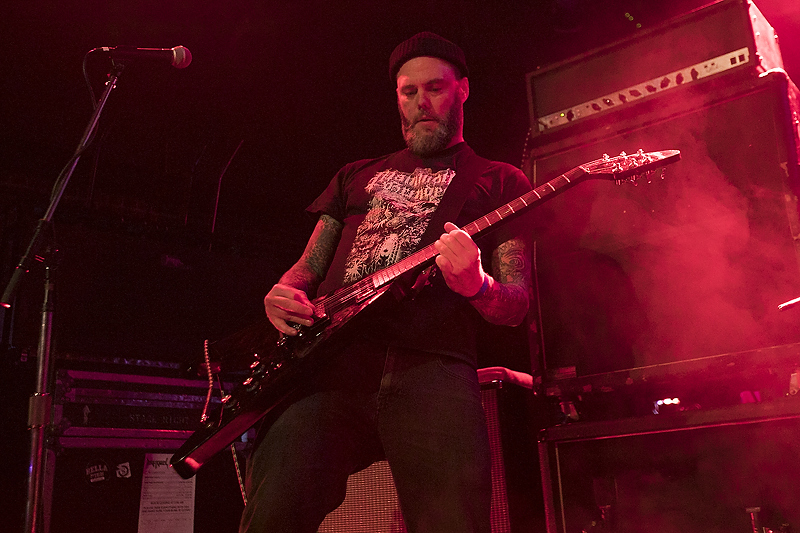 Night one kicked off with Charger, the Oakland based trio whose Motorhead meets G.B.H. meets Thin Lizzy sound was the perfect way to get the festivities rolling. Although they have only released an EP and a couple of singles on Pirates Press Records, they have generated quite a buzz in the Bay Area lately. Big things are in store for this band. Up next was Hellfire, who were out on the road supporting Death Angel on the Humanicide tour. The band released their latest album, Mania on Riding Easy Records earlier this year, and have gained huge momentum with their classic thrash metal sound. Another perfect selection for the night one bill. 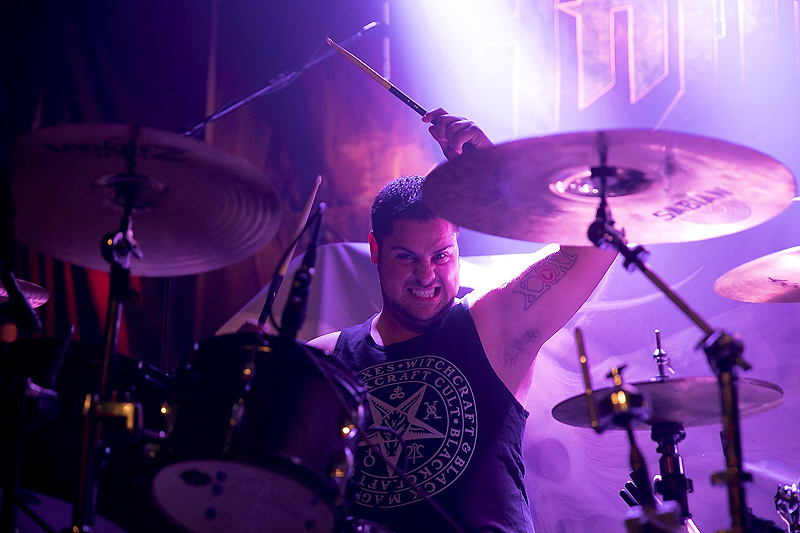 Night two got started with Hatriot, the long-running Bay Area band which includes Nick and Cody Souza, the sons of Steve “Zetro” Souza of Exodus. They also released a new record earlier this year and had the already at capacity crowd in the pit and headbanging along. Up next was Warbringer, who despite line-up changes over the last couple of years really seem to have gelled, and put on a frantic set highlighted by a cover of Motorhead’s “We Are the Road Crew,” with a guest appearance by Zetro himself. 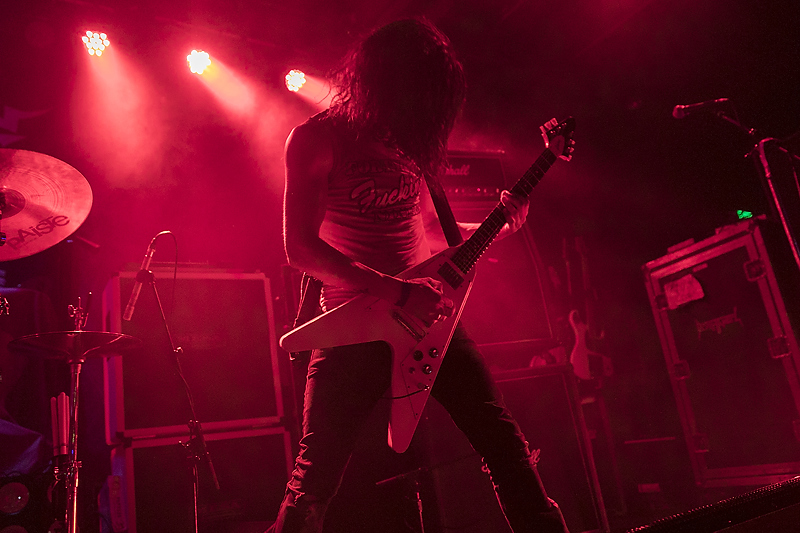 As for Death Angel, the band showed absolutely no signs of being road-weary, and put on an almost two-hour set each night, and showed their hometown fans that they are still at the top of their game, now more so than ever. The setlist each night was highlighted by songs off of their latest release Humanicide, including “The Pack,” “Aggressor,” and “Immortal Behated,” but also include a few classics, such as “Voracious Souls,” and “Mistress of Pain.” And no Death Angel Christmas show would be complete without a cover of a Christmas song, a Beatles song, and a Kiss song, and the band did not disappoint, playing “Winter Wonderland,” “The Word.” and both “Watchin You” and “Cold Gin.” 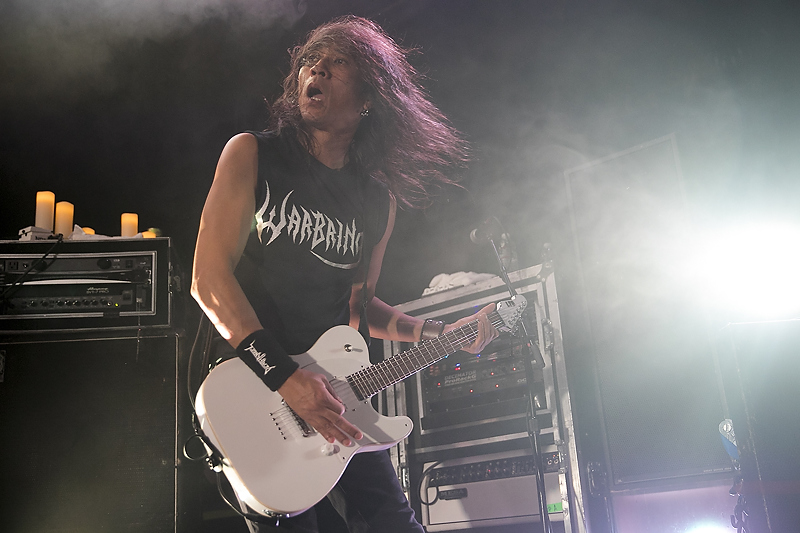 By the time it was all said and done, Death Angel had once again conquered two evenings in front of a sold-out crowd, and showed that they are primed and ready to conquer 2020 as well. Now to get that Grammy…

Here’s a slideshow with photos of all the bands by Raymond Ahner:

Death Angel Setlist: (December 20) Humanicide | Voracious Souls | Claws in So Deep | Aggressor | The Dream Calls for Blood | The Pack | I Came for Blood | Stop | Father of Lies | The Moth | Immortal Behated | Caster of Shame | The Word (The Beatles cover) | Winter Wonderland | Watchin’ You (KISS cover) | Mistress of Pain | The Ultra-Violence / Thrown to the Wolves