Everyone in the music world is hurting now. Musicians not touring, not getting together in the studio to work on new material, not working out new songs in crowded rehearsal rooms. And venues are closing at record rates. SF Sonic has been talking with lots of musicians about how they are dealing with the disaster that the pandemic has caused, and now we are telling the stories of musicians from San Francisco about what it’s like. This is the second installment in this series, so read about what they’re doing, listen to some music, buy some merch. 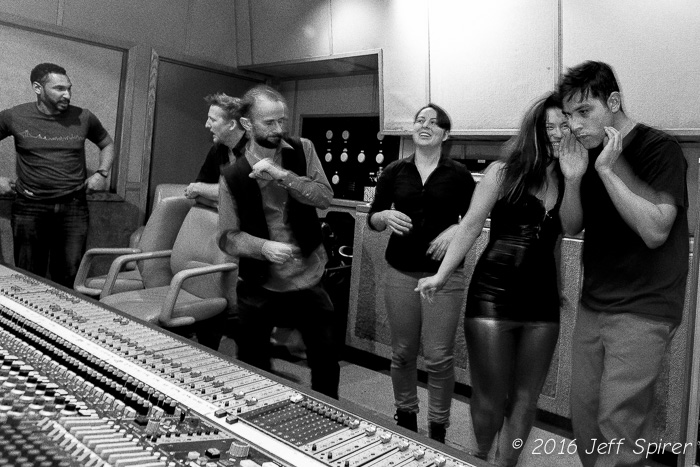 >We were planning on playing music festivals, including “The Avant Garde Art Angels” in Willits (we love Willits!), and we were also really excited when we booked the California Women’s Music Festival to open for Thunderpussy on their tour, which, of course, was cancelled. We were definitely planning on continuing our interactive themed shows around the San Francisco Bay Area. We love to involve the audience in our stage antics! Some of our past shows have included, for example, an “Open Pole” where the audience is encouraged to hop onstage at the Condor Club to strip while we play live music!

These kinds of shows are unique and fun! There’s a spontaneity and excitement. There’s improvisation and electric interaction.

Then the Pandemic hit. We had to immediately rethink and restructure our entire plan. In fact, everyone did.

We’ve been making short videos together. It’s been quite a strange, new process with meeting up virtually to discuss musical ideas, but we’re still brainstorming and collaborating to record and release music digitally. We try to challenge each other to keep pushing, keep practicing, and keep going further.

The release of our official statement “SlamRock In Place” is a completely new approach. It’s a live streamed listening party called “Come In Your Pajamas!” We want to have fun, play games, engage with our fans, and share our new music that we made while in quarantine. We also made masks with our logos that we give out to free to our superfans!

It’s impossible to tell the future. Nobody knows what will happen. We’re just trying to take it one phrase at a time.

That being said, we’re feeling optimistic. We’re hopeful that our scene will evolve, safely, into a new form. It may resemble somewhat of a collectively shared group dream experience. This will include an element of social justice. We’re on the brink of a real revolution. Just look at the incredible groundswell from the Black Lives Matter movement! It’s inspiring and exciting to think about how this will manifest. It’ll be less about “being entertained” and more about building a community.

This pandemic is a full reset. It’s a power-surge. It’s an opportunity to completely change everything and to build something new. Something better. The Bay Area music scene will grow back stronger, like a hydra – two heads! And who doesn’t love extra head?

Listen to “SlamrRock in Place” here. 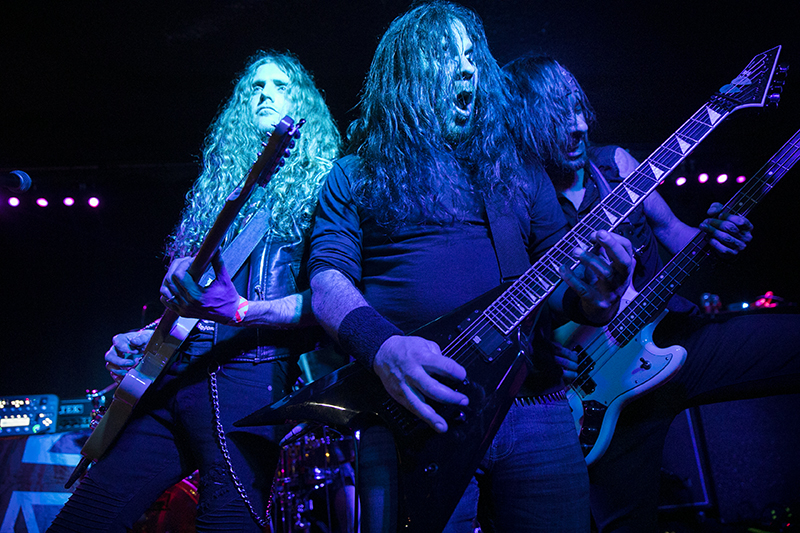 At the beginning of the year our goal was to release an EP of new material and throw a launch party show in Oakland in May. As a few of us are in other bands who usually tour a lot more prolifically, we didn’t have any huge Pounder ambitions for 2020 Beyond getting the EP done and maybe starting to record a second full length album. Once the pandemic hit we decided to hit the brakes, as we hadn’t yet found a solid offer for the EP and wanted to see what would happen with live shows etc.

Well, a few weeks ago (after deciding there was no sense in waiting for gigs to start up again) we approached Shadow Kingdom Records with our new EP, and they suggested adding a few more tunes and turning it into a full length album. Matt (Harvey) is such a writing machine that we actually had ten demoed songs for what WAS going to be Album 2 – so we’ve taken some of those tunes and are in the process of recording them now. We figured as we’re not really a touring band we had nothing to gain by waiting for everything to reopen, and besides – when everything does reopen, there’s probably going to be a lot of releases all coming out at once. Maybe this way we’ll get a few more streams if everyone’s still under house arrest when it comes out in fall/winter 2020! We’re lucky insofar as we have some practice recording remotely – it’s how we recorded our first album (Uncivilized) so we pretty much know what we’re doing now!

Aside from Pounder, I’ve been doing a few cool online collaboration projects with friends – a highlight was getting to dress up as Angus Young and play a solo for Two Minutes to Late Night’s AC/DC cover. As a big Clutch fan it was a trip and an honour to get to (kind of) jam with Neil Fallon, if AC/DC ever need a substitute singer again they should ask him! It’s a lot of fun doing these online jams where everyone records to a click track, but it’s no substitute for playing together in real life.

We’re uploading a few clips showing the recording process, but otherwise we’re being quite slack! I upload quite a lot of random guitar videos on my personal Instagram, Matt’s doing some cool playthrough videos for his other bands (Exhumed, Gruesome)..now you’ve asked I think we need to up our game!

It’s so hard to say, I was super bummed when Slim’s announced they wouldn’t be reopening and having seen a few other bars already go the same way, honestly it’s worrying and upsetting. It’s impossible to say how it all goes from here but I really hope a lot of our venues survive – I’ve only been living here in the Bay for six years but I already feel like I have a lifetime’s worth of happy memories going to shows at places like Thee Parkside, the Oakland Metro, the Warfield, Regency and Fillmore…like everyone reading this I can’t wait to start going again as soon as it’s safe.

Most of all I miss the people, it’s so weird knowing we’re all sat at home missing each other at the moment – it’ll be like a family reunion like no other when we can all get together again.

I’m sceptical whether underground metal/punk shows can happen with social distancing enforced, but we have some of the best minds and promoters in the scene in the Bay – if anyone can figure it out, they can!

I’m practicing like a madman for when Carcass can tour again, and quietly writing some instrumental, slightly more experimental stuff – just for fun. Eventually I’ll put it on Bandcamp if I get enough songs finished. Matt is always busy with Exhumed, Gruesome and whatever else he’s currently working on – I think he’s been doing some film scoring! Alejandro is doing a lot of production work for other bands and working on his own solo material, as well as engineering and producing the new Pounder record. Hopefully we’ll be able to share some new music with everyone soon!

Listen to Pounder on Bandcamp.