Rock fans were treated to quite the special at the Chase Center as The Black Keys and Modest Mouse brought their raucous and high-energy stage shows for a spectacular evening of live music. 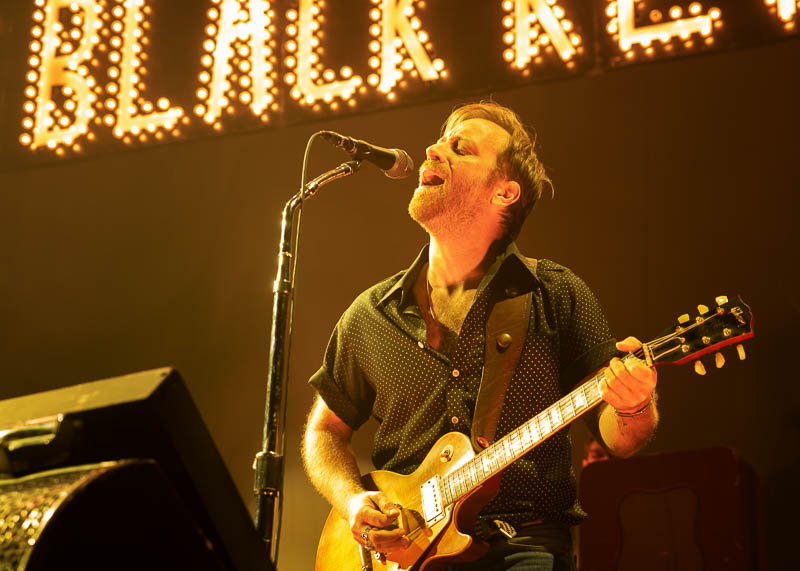 The Black Keys headlined the evening, with Dan Auerbach and Patrick Carney delivering plenty of swinging blues rock songs from their entire career. With three backing musicians, the duo could really let loose and give these songs the extra energy they needed to burst through the PA system. 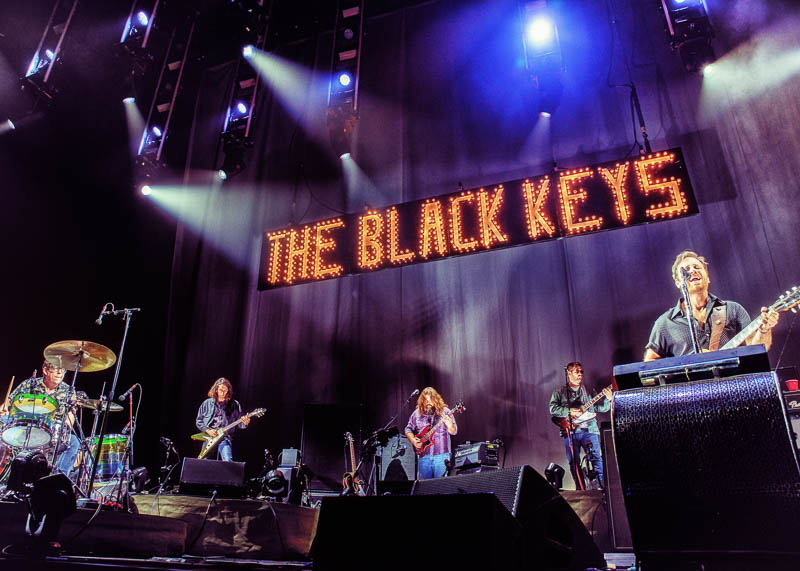 The band opened up with the grooving “I Got Mine.” Riding a slippery drum groove from Carney and a slick guitar line from Auerbach, the song sounded especially massive through the PA, and already the nearly-sold out crowd was getting into the music. While the Black Keys may not be the biggest sounding band in the world when one listens to their records, in a live setting they more than hold their own. With a massive light show as well as a giant screen behind the band, the overall production was something to behold for sure. 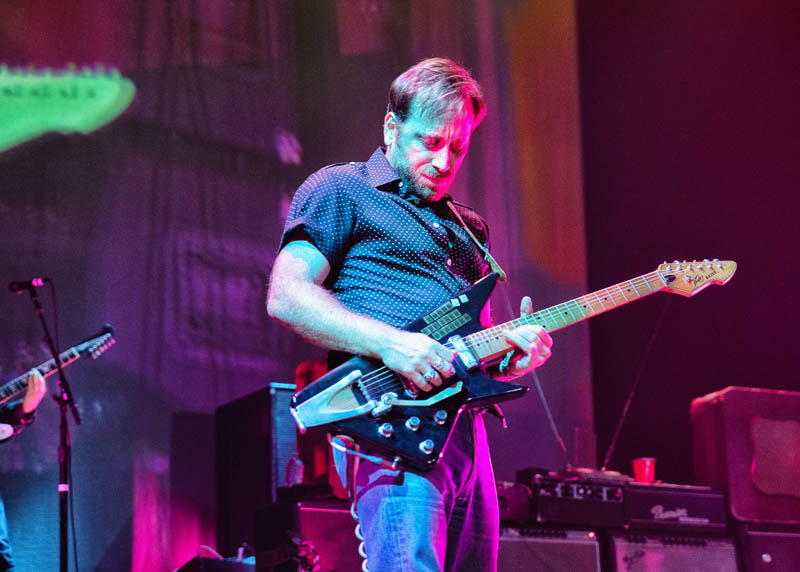 A few songs later the band ripped through an inspired version of “Gold on the Ceiling.” Riding a classic blues shuffle rhythm, the song was a great showcase for Auerbach’s sweet vocal delivery and his incendiary lead guitar skills. 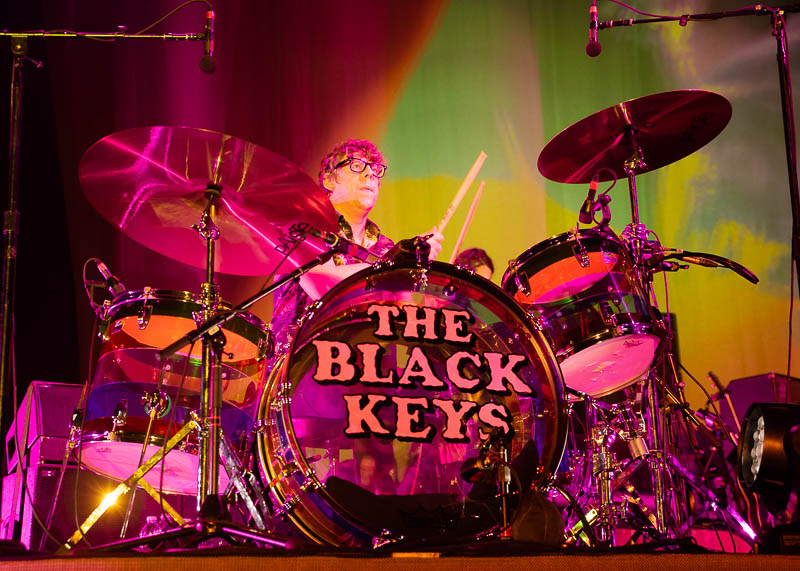 Later in the set, the Black Keys rolled through a fiery rendition of a new song, “Fire Walk With Me.” The piece relied on some more slick guitar work from Auerbach along with some impressive support from their backing band, giving the song some extra punch. 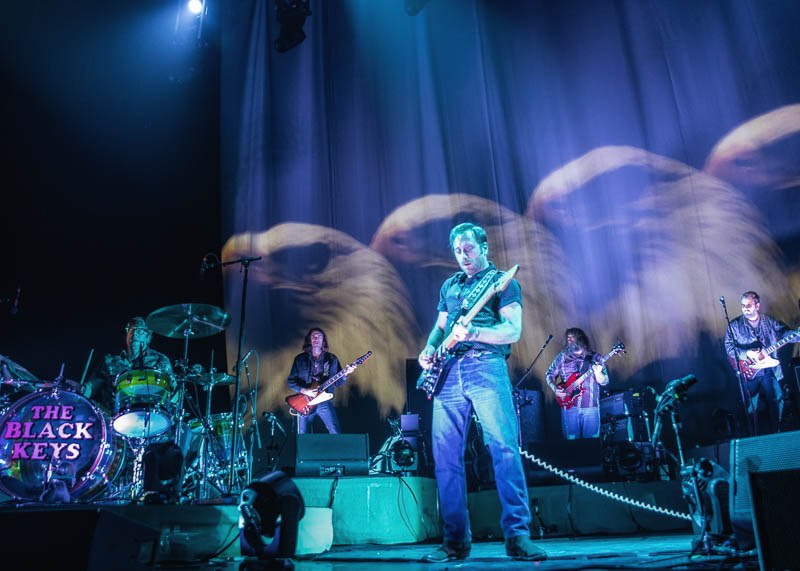 Just when it seemed like the energy level was dipping a little bit, the band dove straight into one of their hit songs, “Howlin’ for You.” The piece was another showcase for the impressive musical chemistry between Carney and Auerbach as they were locked into each other, while Auerbach managed the tricky task of harmonizing his vocals with his guitar licks. For the remainder of the show, the Black Keys alternated between old and new material before closing out the night with the thundering “She’s Long Gone.”

Modest Mouse played through a tight and short set that covered plenty of musical touchstones from their entire career. What makes a Modest Mouse show so interesting is that one never knows what they are going to get as their setlist changes from show to show. While the band has plenty of hits, you never know if they will play any of them or just play a bunch of deep cuts. There was a little bit of both on this tour stop as Modest Mouse played a few hits along with some seldom-played songs. 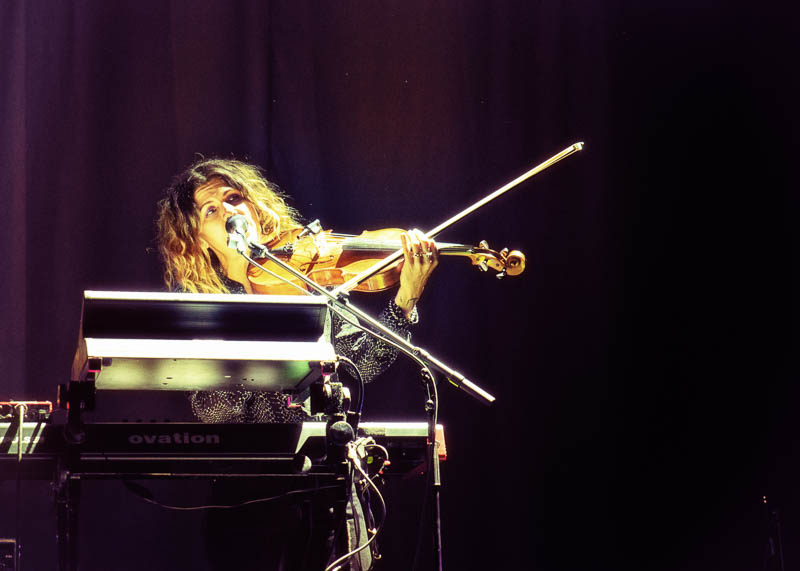 The band opened up the night with the winding “I Got Mine,” a laid-back piece of indie-rock that contrasted ripping electric guitars with smooth acoustic guitar licks. As usual, vocalist Isaac Brock was in fine form, with his trademark rapid fire delivery cutting through the mix. Next up was a newer song in the form of the jagged “The Tortoise and the Tourist,” a slamming rock song that saw guitarist Jim Fairchild dishing out some soaring lead guitar work that perfectly complemented Brock’s ragged vocal delivery.

The band alternated between newer and older material, including a particularly powerful rendition of “Never Ending Math Equation” a winding piece of indie rock that featured plenty of interlocking guitar parts along with some steady drumming from Jeremiah Green. One of the biggest surprises of the night was the fact that Modest Mouse decided to play their biggest hit song, the classic “Float On.” The song really got the audience involved as they sang along to the song’s classic chorus. Later in the set, Modest Mouse rolled out another classic song, “Fire It Up,” a roaring piece of indie rock with a loud and powerful chorus.

Local band Shannon and the Clams opened the night with a furious blend of doo wop, rockabilly, and punk rock. Between the soaring vocals of Shannon Shaw and the tasty guitar licks of Cody Blanchard, the band appeared to be very comfortable on the giant stage of the Chase Center. A big highlight of their set was the catchy surf rock of “Rip Van Winkle,” which also featured some gritty elements of punk rock.

Shannon and the Clams:

Setlist: Love Strike | You Will Always Bring Me Flowers | I Leave Again | Rip Van Winkle| The Bog | The Boy | Ozma