After releasing the acclaimed Life Metal record earlier this year, drone metal masters Sunn O))) have spent the good part of September out on the in the US before heading to Europe for a string of dates on the Let There Be Drone (Multiple Gain Stages) tour in October. The band recently stopped off at the Fillmore in San Francisco for an evening of what else, drone. 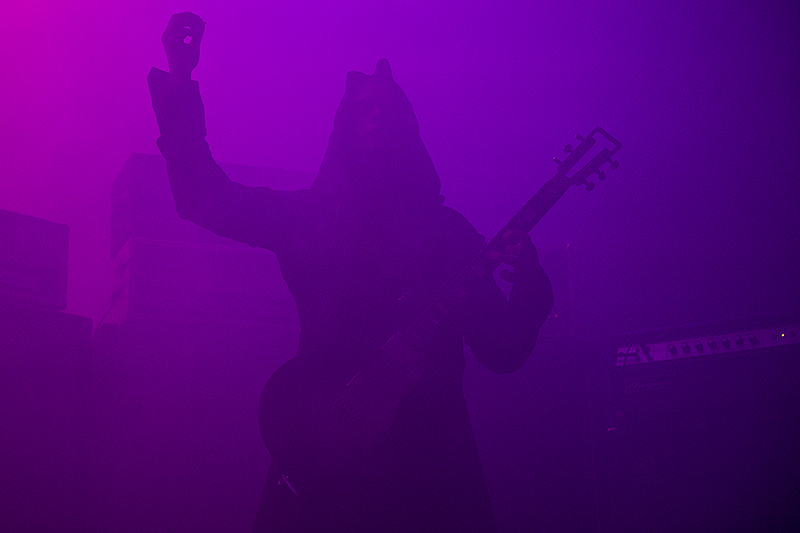 After the house lights dimmed, but before the band took the stage, multiple layers of fog were pumped from the stage and into the crowd, making it almost impossible for anyone in the packed room to see their hand in front of their face. Just when it seemed that there was no way possible for any additional fog to fill the venue, even more fog was blasted from the stage. 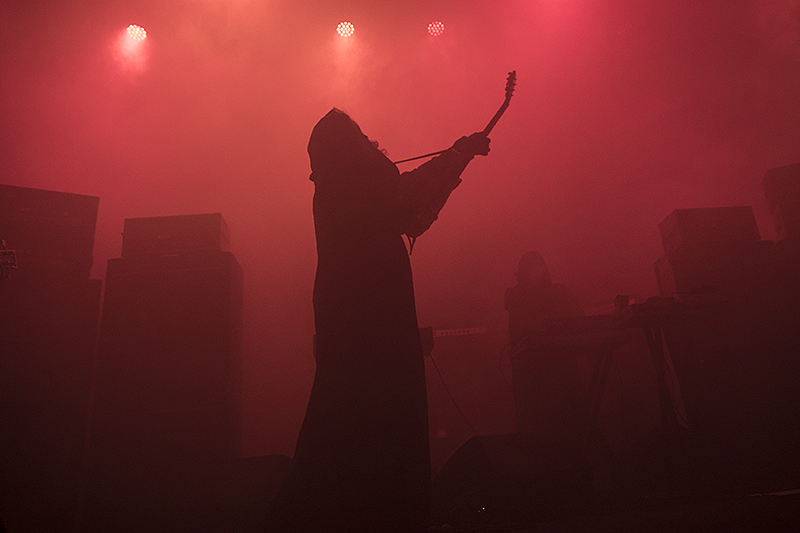 Sunn O))) finally took the stage, and with their over purposely over-exaggerated posturing and posing hit what seemed to be a forty-five-minute note of epic heaviness. Approximately five minutes into that said note the smoke and fog had set off the emergency fire detection system, cutting the power on the stage. After a five minute or so delay, power was restored, and the band picked up right where they left off. 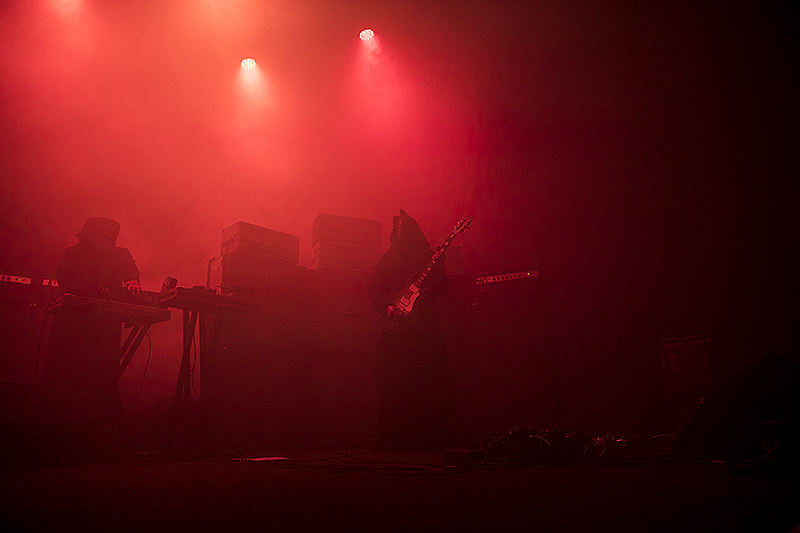 With two keyboardists and a trombone at times, Sunn O))) were on the stage for just about an hour, but left little doubt that they are still the masters of heaviness. The band will release Pyroclasts, the follow-up, and companion album to Life Metal on October 25.

Here’s a slideshow with a few more murky photos of Sunn O))) by Raymond Ahner:

Find out more about Sunn O))) on their website.