For the first time in seven years, Snow Patrol came to the Bay Area as a headlining act, playing a powerful 17-song set to a packed crowed at the Warfield Theater on a Monday night. Snow Patrol specializes in a soaring and cinematic sound that combines delicate keyboards, intricate guitar lines, and booming drum/bass rhythms. 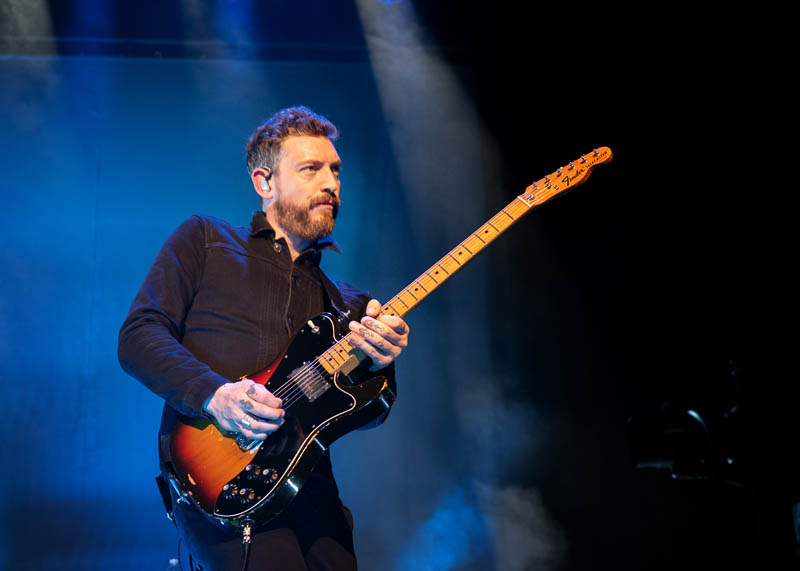 With a huge screen and plenty of dazzling lights strewn about the stage, the band ripped through the opening song “Chocolate,” with plenty of energy and vigor. Despite some initial sound issues, frontman Gary Lightbody still managed to deliver plenty of impressive vocal melodies. The real key to Snow Patrol’s sound lies in the dense web of interlocking guitars and keyboard, which allows for Lightbody’s soothing vocals to take flight. Next up was a new song off of their 2018 release Wilderness, “Take Back the City,” which took the form of a straightforward rocker, with drummer Jonny Quinn and bassist Paul Wilson driving the track. 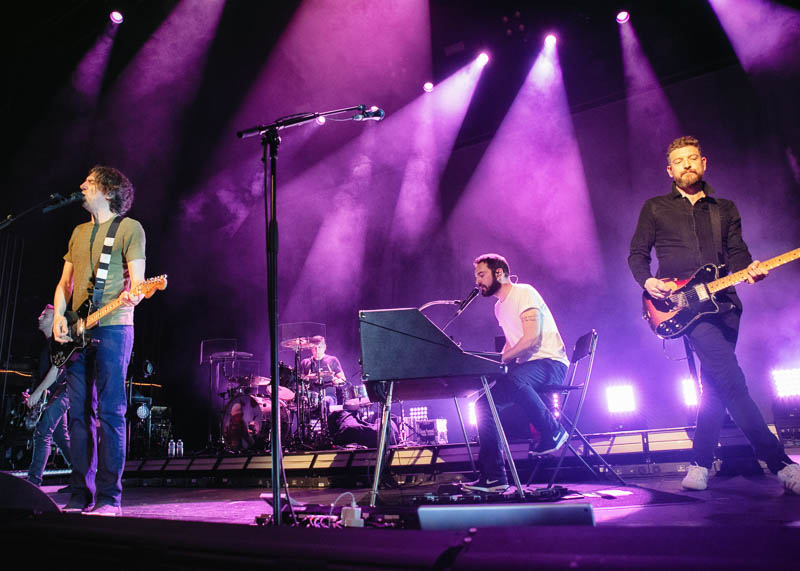 A few songs later, the band pulled out an old favorite in the form of “Open Your Eyes.” Like any classic Snow Patrol song, the track revolved around a tight guitar riff from Nathan Connolly and another strong vocal performance from Lightbody. The song unfolded in a sea of shimmering lights, crystal clear guitar arpeggios, and biting vocals before it began to pick up towards the end, exploding into a massive crescendo. In terms of a live music experience, these types of songs were tailor-made for the audience, as most of the songs Snow Patrol played contained similar dynamics, making them well-suited for the acoustics of the Warfield. 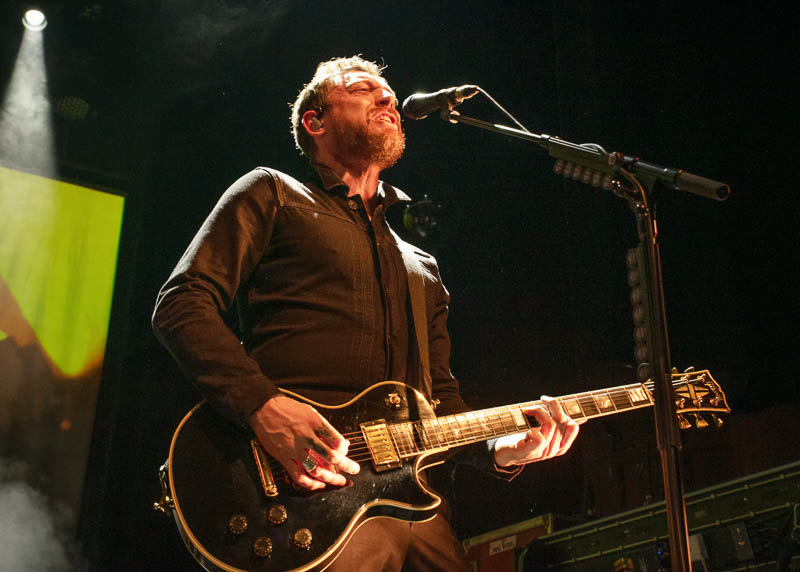 Another highlight of the evening came towards the end of the set as the band rolled through the classic “Shut Your Eyes.” Lightfoot, in good spirits throughout the show, led the audience in a sing along in the middle of the song, strumming a simple guitar pattern while singing part of the song’s chorus in a call-and-response fashion with the crowd. 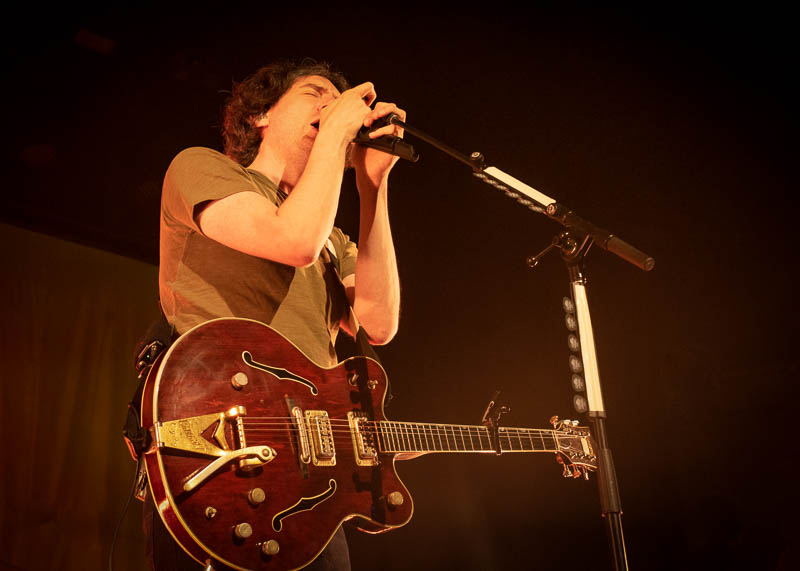 After putting off the inevitable for most of the night, later into the set, Snow Patrol played their most popular song, “Chasing Cars.” While the song has taken on a life of its own over the past 13 years, there is still something remarkable and beautiful about it. From a listener’s perspective the song is a captivating and evocative piece of music, combining some of Lightfoot’s best vocal melodies with some simple, yet memorable guitar lines. 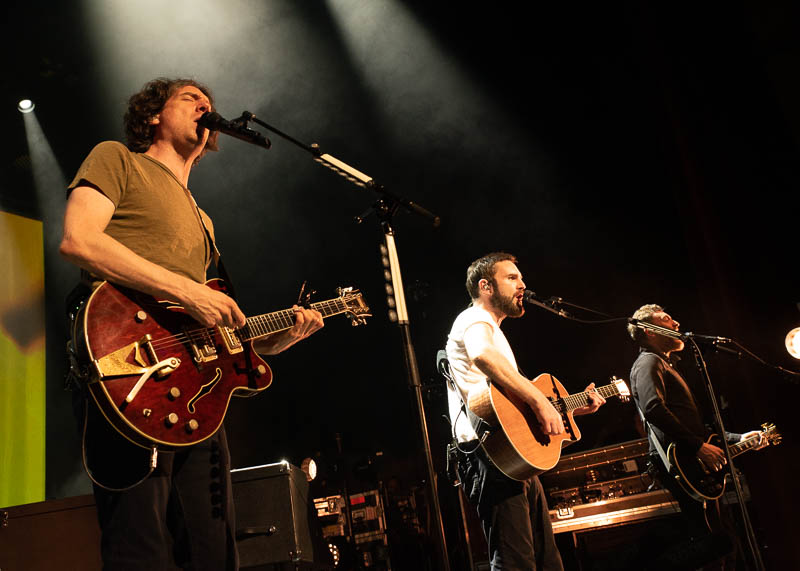 A few songs later, Snow Patrol closed out the night with the breezy electronica of “Just Say Yes,” a fitting end to a magical night that demonstrated that the band is still at the height of their powers in the live arena.

Here’s a slideshow with more photos of Snow Patrol by Pollen Heath:

Setlist: Chocolate | Take Back the City | Crack the Shutters | Empress | Open Your Eyes | Run | Set The Fire To The Third Bar | Life on Earth | Make This Go On Forever | Shut Your Eyes | Called Out in the Dark | Heal Me | The Lightning Strike (What If This Storm Ends?) | Chasing Cars | You’re All I Have || Encore || What If This Is All the Love You Ever Get? | Just Say Yes