Monday night is a tough night to get people to go out to a gig. But when Rival Sons recently played Sacramento’s Ace of Spades at the beginning of the week, they sold-out the place. It wasn’t a big surprise because the Long Beach band have grown in stature with both fans and fellow musicians since their inception in 2009. 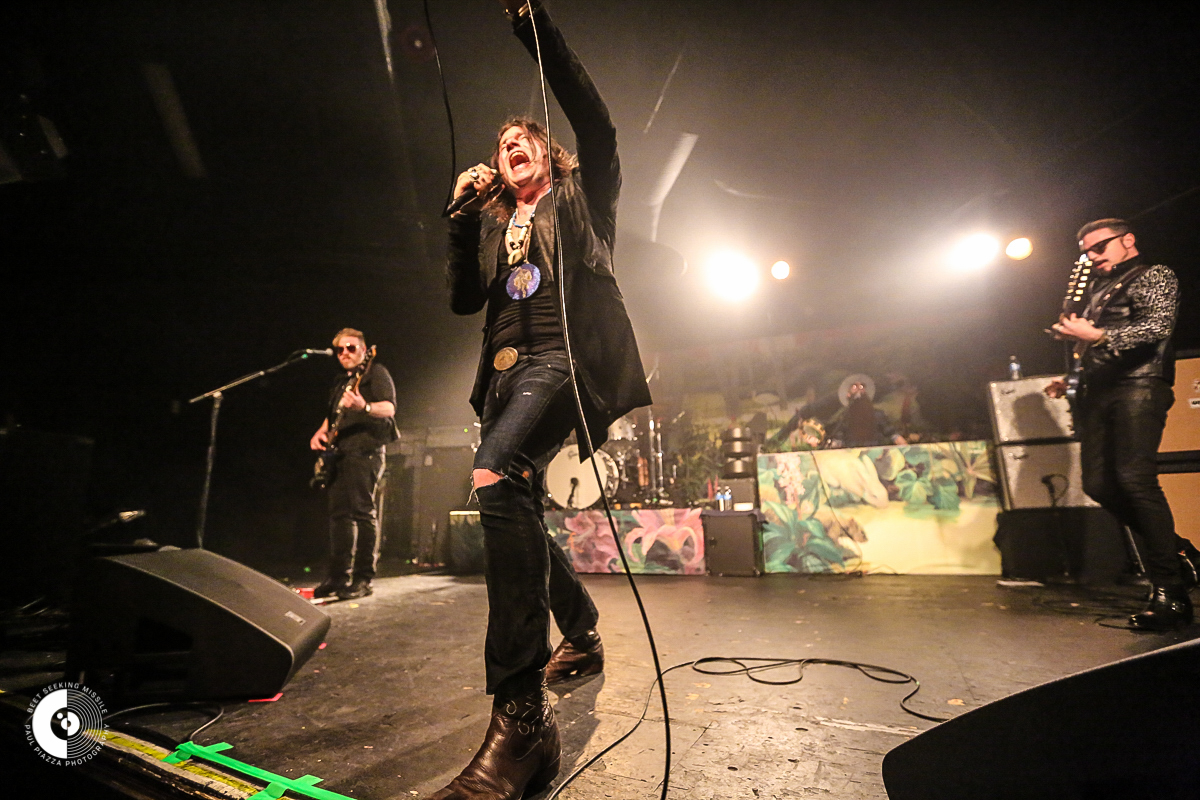 Rival Sons have been getting serious notice as openers on big tours for a while and that reputation continued to grow when they had an impressive showing supporting Black Sabbath on The End tour a few years back and then went out with the Rolling Stones in Europe afterwards. 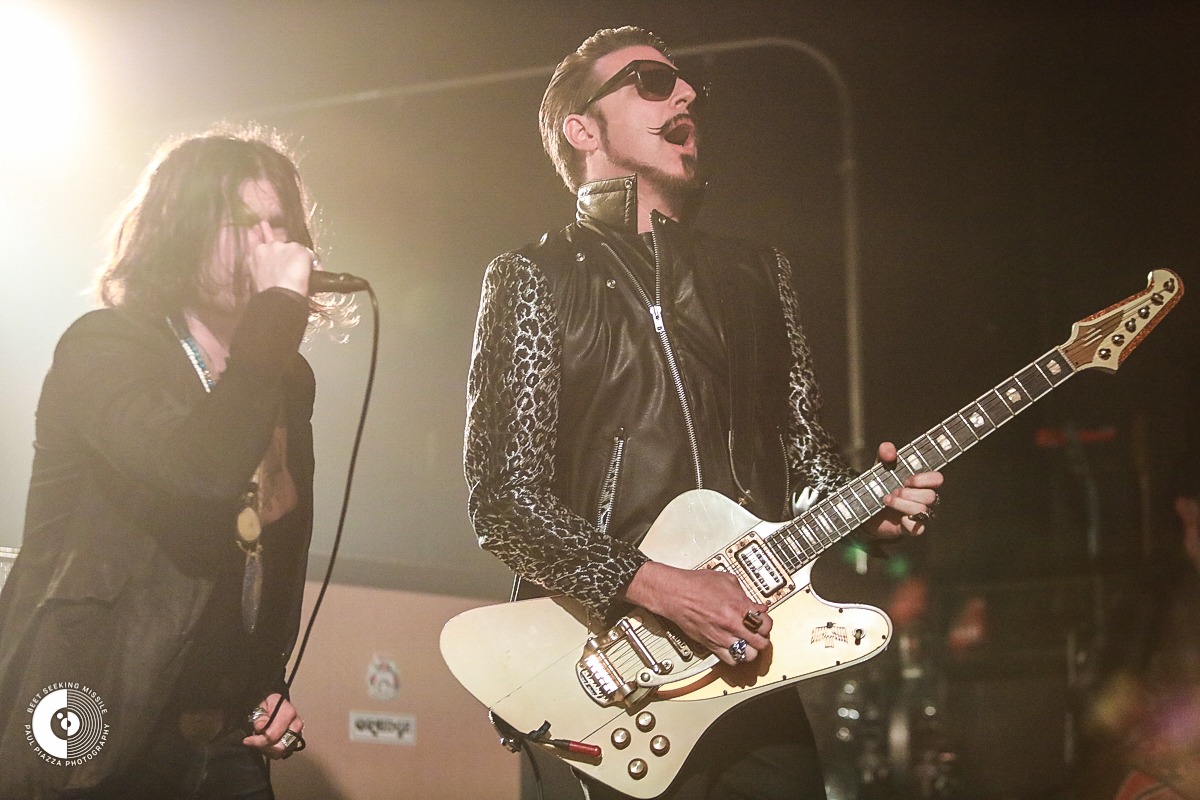 Currently, they are out on their own their pushing their latest record, Feral Roots. The band are grinding out longer sets and giving the fans a definitive taste of their aura. Many in the Sacramento crowd were hardcore devotees of the group, and with a packed club, that always seems to intensify a show. 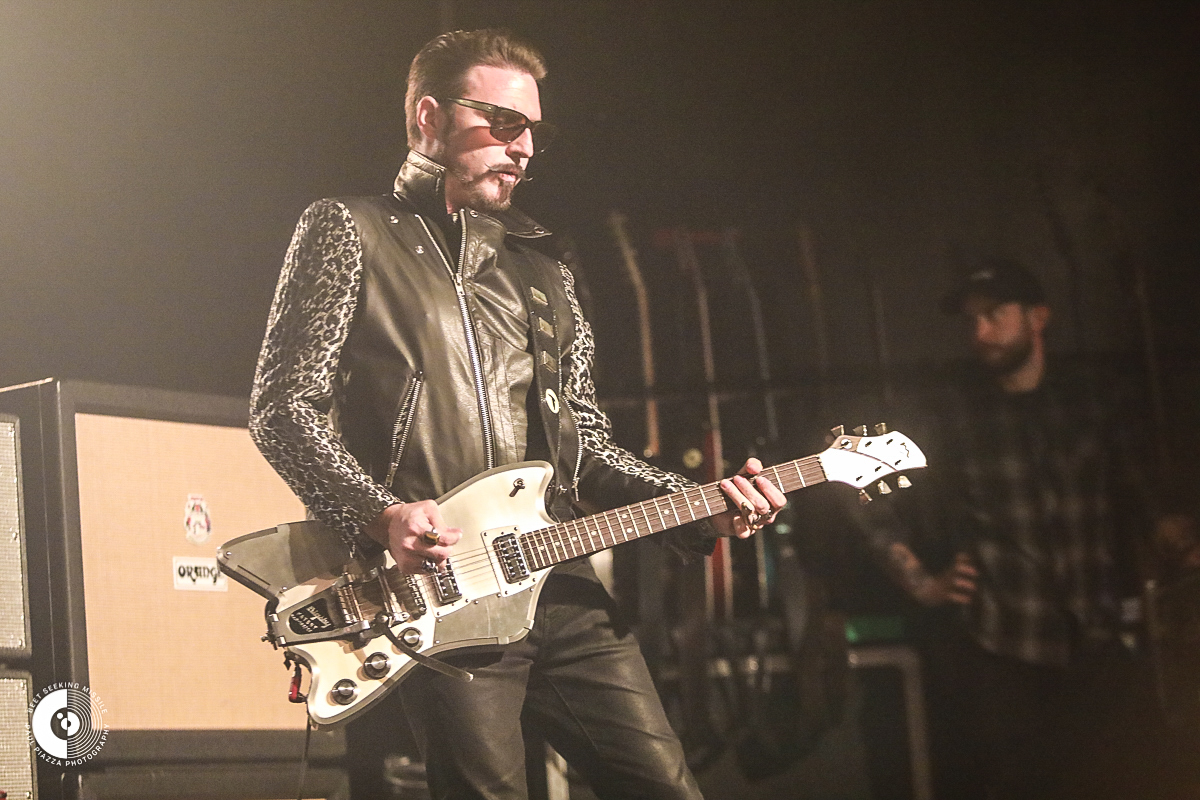 Therefore, it was imperative that they immediately reel in the whole room when they take the stage. And that’s just what leader Jay Buchanan did on this Monday night. The powerful vocalist, who reminds some of a young Paul Rodgers, strode to center stage a took and took control, fixing the crowd with a deadly serious look as drummer Mike Miley thundered into “Back In the Woods.”  After that everybody started rocking and all bets were off as the band, the crowd, and the vibe all became one. 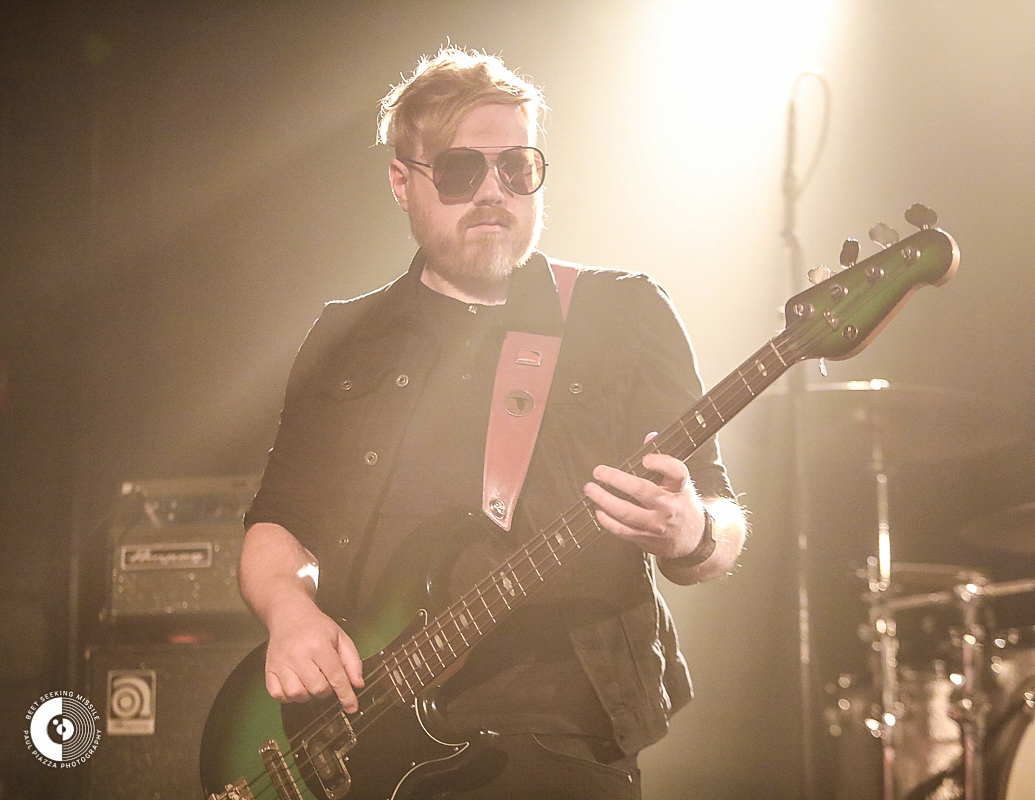 The group focused mainly on the new record, with almost half of the setlist coming from Feral Roots. Nobody seemed to mind. Rival Sons have a deep, dark heavy blues catalog that pulls the listener in for a closer look. Flanking Buchanan’s outrageous power and range were the grooving bass of Dave Beste and the stinging licks and amazing depth of sound of guitarist Scott Holiday, who had a battery of remarkable guitars, many of which were made nearby in Elk Grove by local guitar maker Kauer Guitrars. This added a little local pride to the gig.  At the back of the stage was keyboardist Todd Ogren-Brooks who adds plenty of thematic swirl as well as vocals to supplement the bands edginess. By the time the band closed with the of 2012’s “Keep on Swinging,” things had long been going at full force. 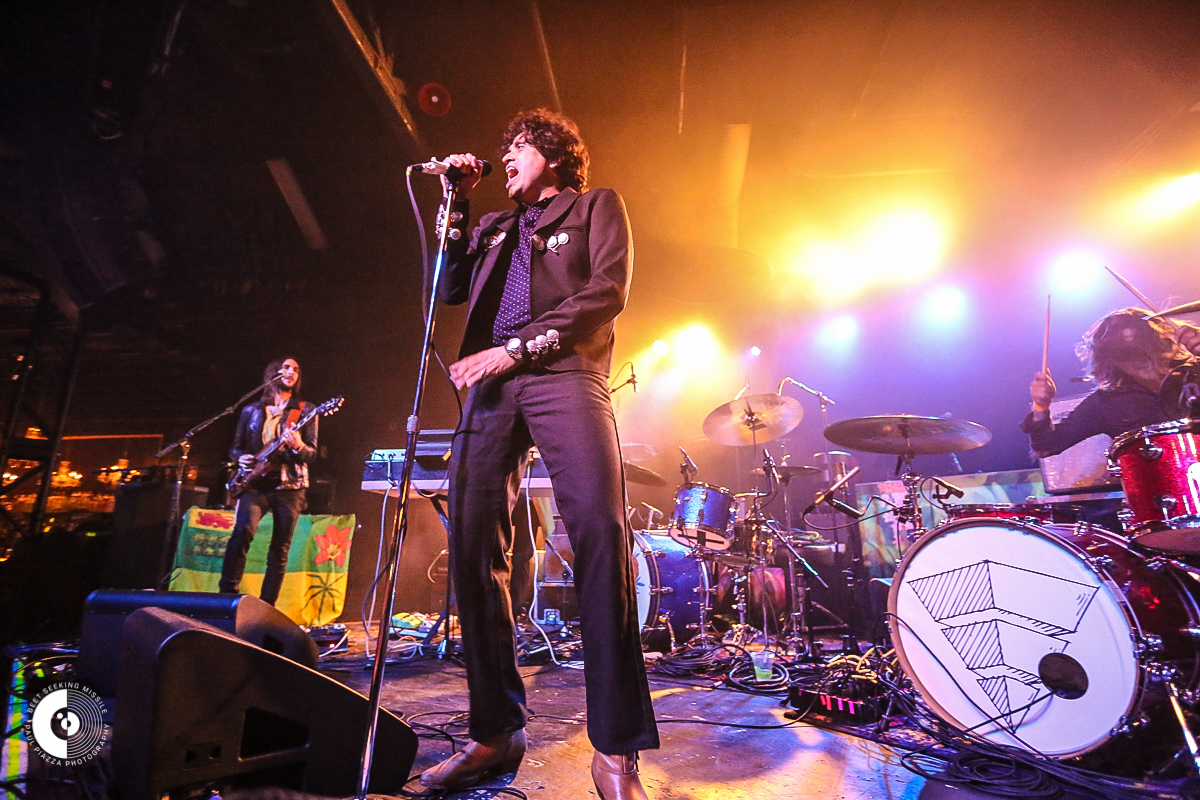 However, what made this night even better was that it was a true rawk show with two more excellent bands on the bill. Canadian high fliers The Sheepdogs of Saskatoon, Saskatchewan and Bay Area badasses The Soft White Sixties opened the show. 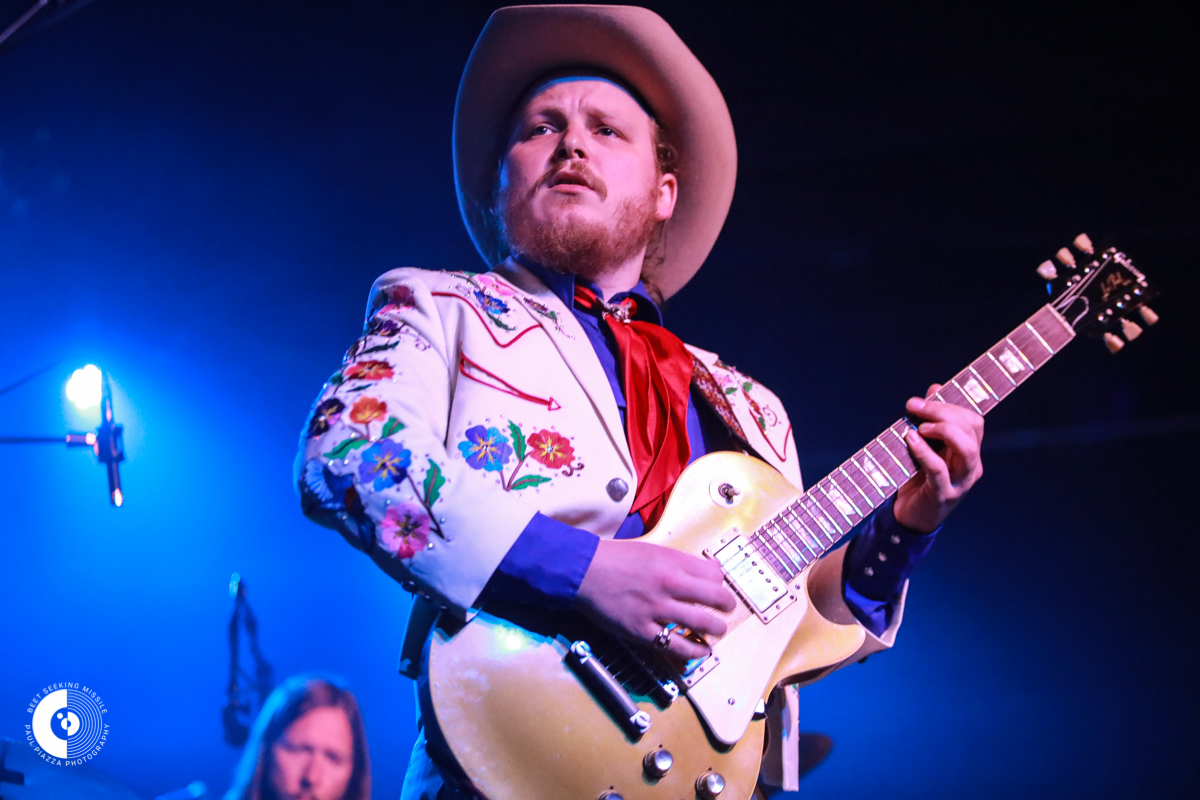 The Sheepdogs played a hybrid that melded the Allman Brothers with The Strokes and The Black Keys. It all blended into some good sounds. The Soft White Sixties, out of San Francisco, hit the stage hard with a forceful rocking soul set that had lead vocalist Octavio Genera working both ends of the stage with dance moves that reminded of James Brown with a Freddy Mercury strut. Impressive.

Setlist: Back in the Woods | Sugar on the Bone | Pressure and Time | Electric Man | Too Bad | Jordan | Face of Light | Feral Roots | Torture | Open My Eyes | End of Forever | Do Your Worst | | Shooting Stars | Keep On Swinging

Check out The Sheepdogs here.

Find out more about the Soft White Sixties on their website.