There was a feeling of excitement and anticipation in the air as one walked the winding path through the UC Berkeley campus to the Hearst Greek Theatre on a Saturday night. A long line to get into the sold-out show stretched all the way down the street in both directions.

After a seemingly endless stream of covid related restrictions on big events, this was clearly the first big concert many attendees had been to in years. As the crowd swelled, so did the palpable sense of anticipation for Phoebe Bridgers’ headlining set. In recent years, Bridgers has exploded in popularity with her charming blend of rock and folk winning over music fans of all ages. 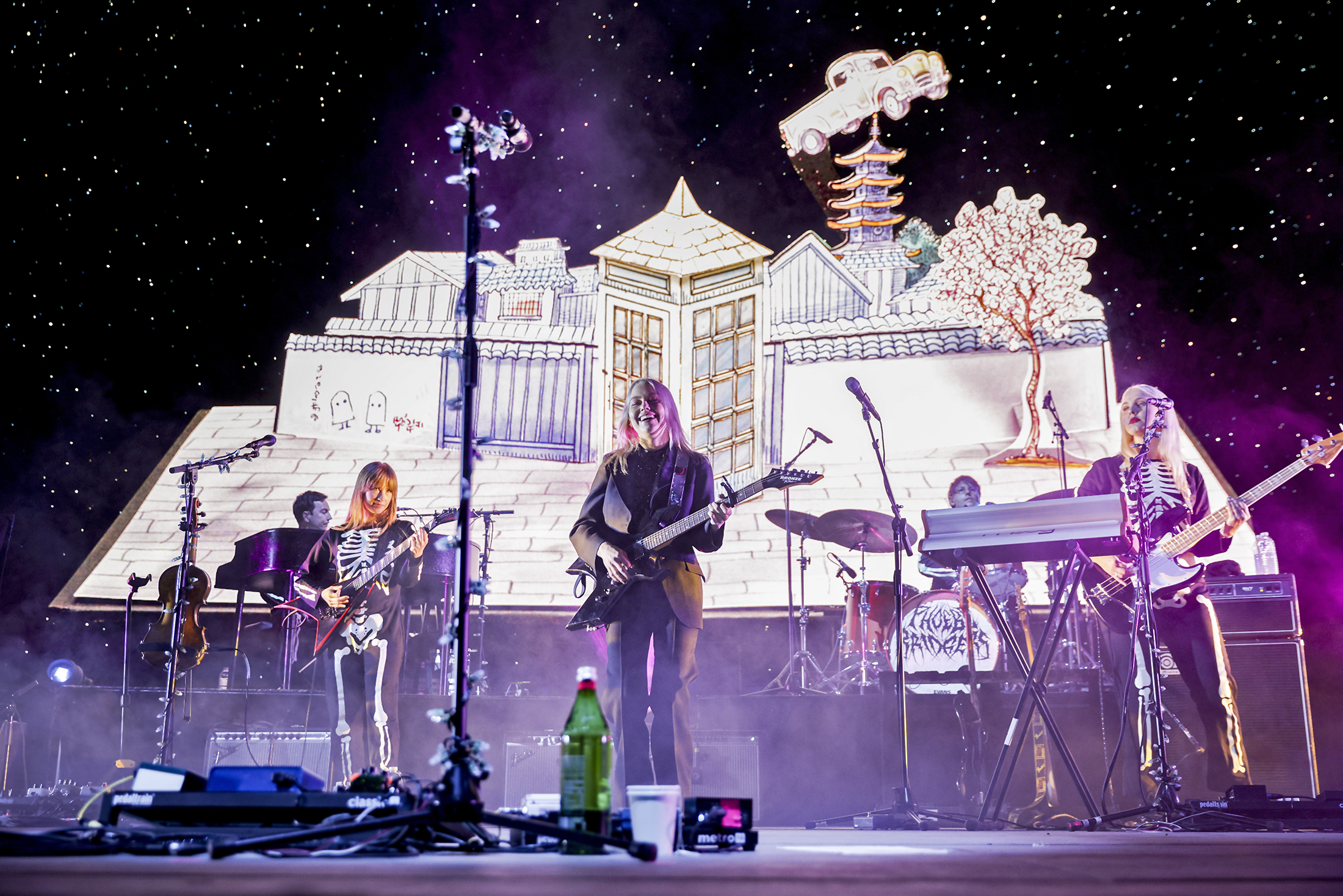 Phoebe and her band strode onto the stage in their customary skeleton costumes to rip through the rocking “Motion Sickness” from her debut record Stranger in the Alp, with a raucous cheer from the crowd. Next up was the dreamy “Garden Song,” which showcased a giant picturebook backdrop from the massive LCD screen behind the band. The song elicited another huge set of cheers from the crowd as they all sang along to the song’s soaring chorus.

The fan-favorite “Kyoto” from 2020’s Punisher was up next, and that seemed to really get the crowd moving. Anchored by a driving bassline from Emily Retsas, the song continued to build and build into a final chorus that could barely be heard over the roar of the crowd. After such a long layoff from live music, it was clear this was exactly what the fans had been clamoring for. 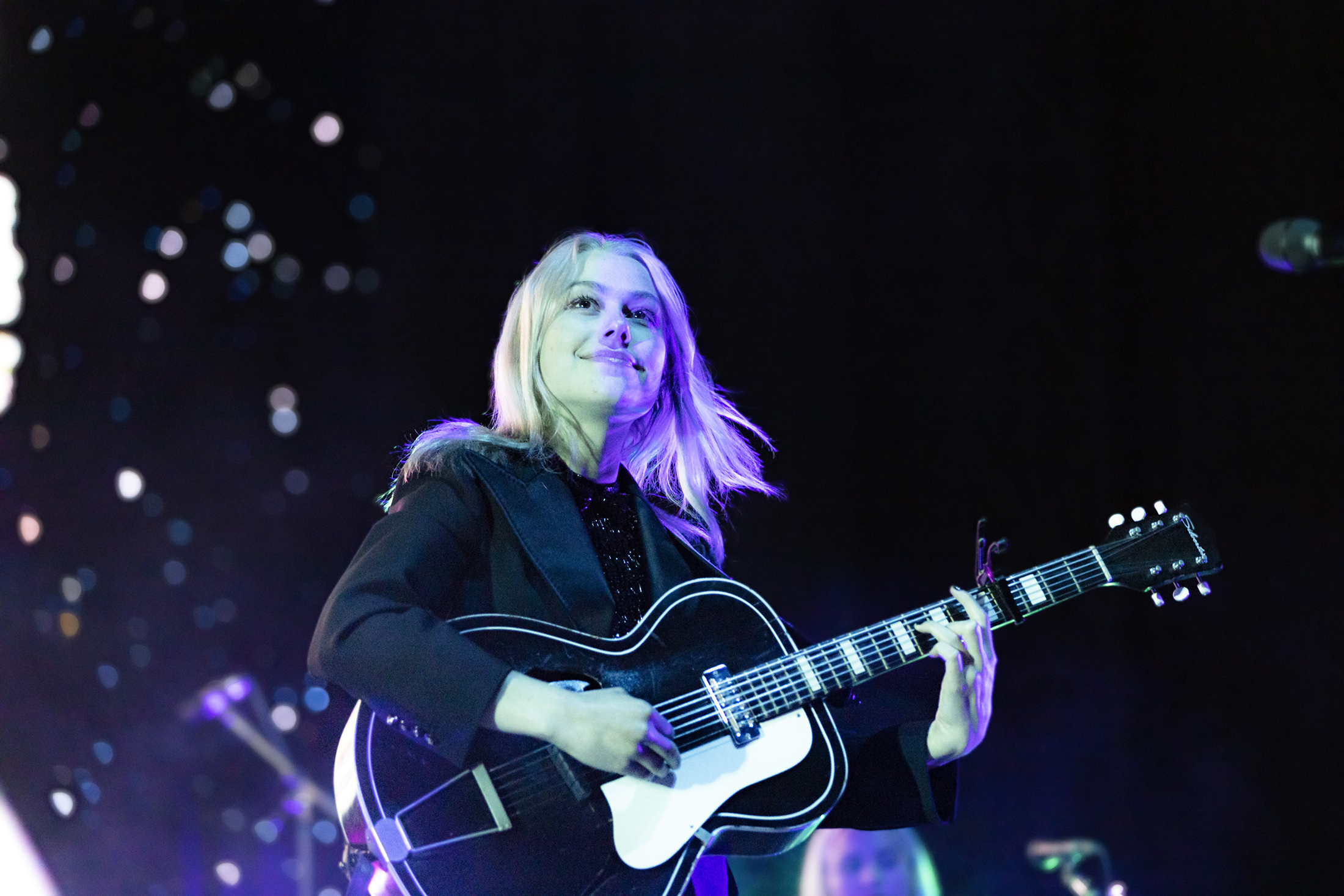 Bridgers dialed back the intensity on the next song, the serene piano-driven “Punisher,” featuring some gorgeous piano playing from Nick White as Bridgers strode around on stage, singing directly into the audience.

A few songs later came the emotional centerpiece of the night in the form of the acoustic ballad “Smoke Signals,” a beautiful piece of music that revolved around a few simple guitar chords and Bridgers’ soaring vocals. Another highlight was the epic “Chinese Satellite,” which featured some incredible violin work from Odessa Johnson.

Later in the set came another strong rocker, “ICU,” which featured some propulsive drumming from Marshall Vore and plenty of memorable guitar licks from Harrison Whitford. Towards the end of the set, Vore came out from behind his drum kit to play banjo on the aptly named “Graceland Too,” a decidedly country-sounding ballad. 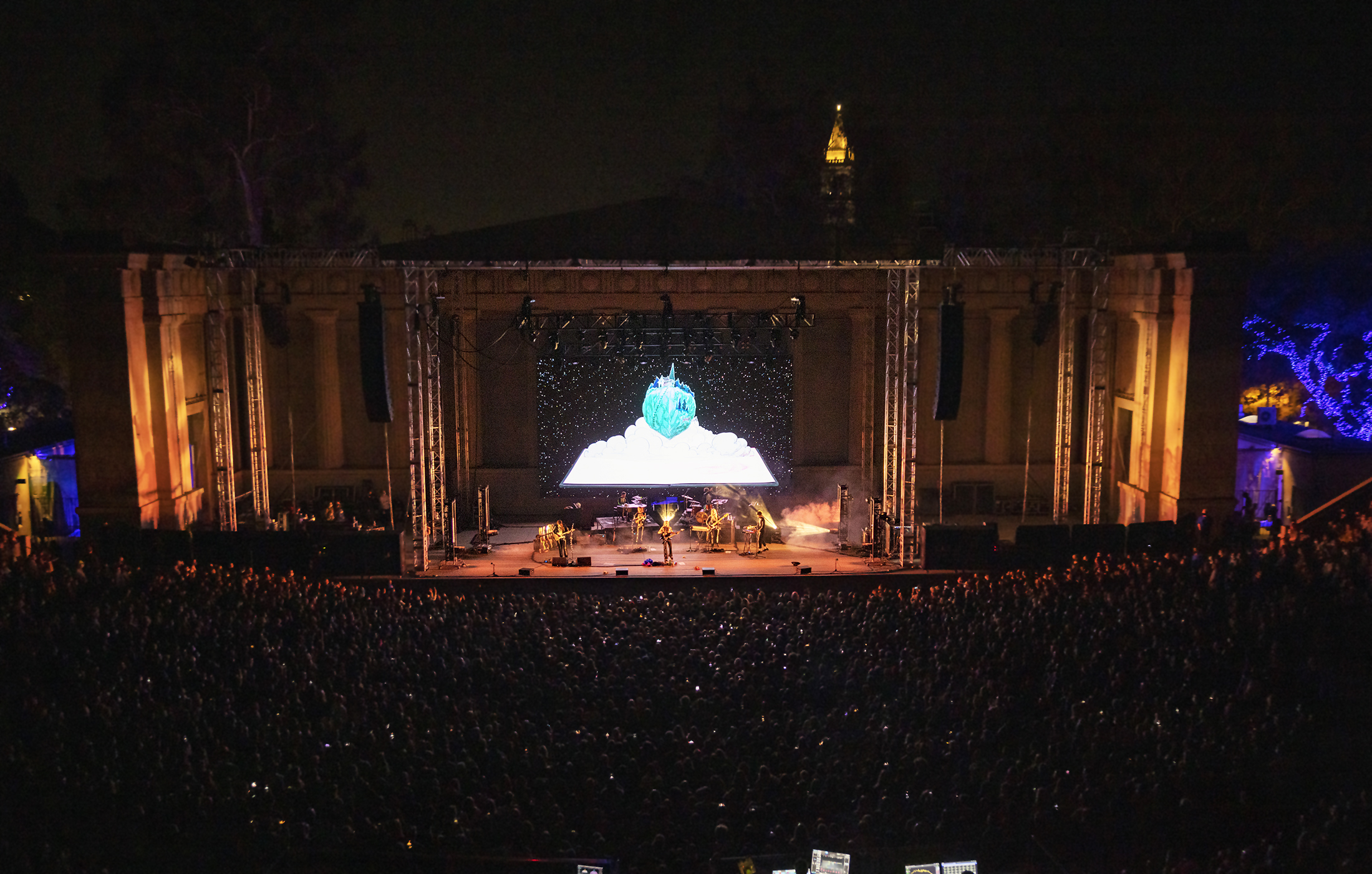 Bridgers tore through the climactic “I Know the End” to close out the main portion of the set, with Julien Baker sitting in on guitar. Towards the end of the song, Bridgers let out what could only be described as a metal-styled scream as a wall of distortion and feedback blew through the PA system. It was a fitting end to a set that displayed so much emotional and musical versatility.

Bridgers and her band came back on stage for an encore of her newly-released cover of “That Funny Feeling” by Bo Burnham, an upbeat tune that closed out the night on a high note.

Few artists can truly connect with their fans the way that Bridgers does, and there was a sense throughout the night that this was one of those big shows in which a good artist becomes a great artist. One of those magical moments where the artist and their fans are both having the time of their lives.

In a surprise move, Phoebe Bridgers’ good friend Julien Baker opened the show to rapturous applause. Baker has become famous for her raw and emotionally intimate songs, many of which feature only sparse instrumentation, so it seemed very fitting that she played a subdued acoustic set. Songs like “Something” and “Sprained Ankle” really stood out, with their soaring vocals and percussive guitar really making an impact.

During the final song, Bridgers came on stage to sing a duet with Baker in the form of the Rufus Wainwright song “One Man Guy,” which at times could barely be heard over the screams coming from the crowd.