While Lights has been known more for her bouncy electro-pop, she is also equally capable of reimagining her songs in acoustic format. This was the case as Lights and her backing band came to August Hall on a Tuesday night to perform a packed set of acoustic songs from her entire career. Backed with a string section for most of the night, Lights and her band sounded fantastic, with each song coming across as fresh and inspired. 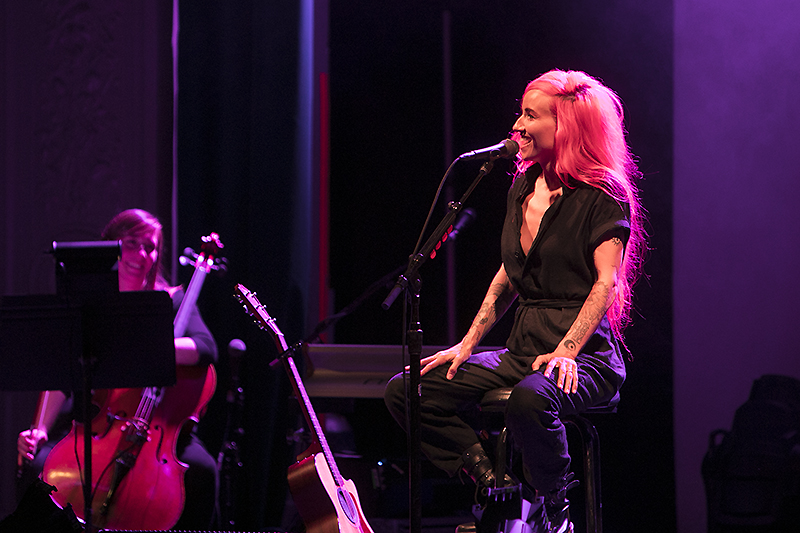 The night began with a soft rendition of the soaring “Skydiving,” one of the big singles off her most recent release, Skin & Earth. Anchored by some gentle acoustic guitar, the new version of the song filled up the entire August Hall. While doing acoustic versions of songs can sometimes lead to diluting the song’s power, that was not the case this time around. By stripping away the electronics of the studio versions, the focus of these songs shifted directly towards the powerful vocal melodies of each song. This was certainly the case during the surging “Meteorites,” which was the perfect showcase for Lights’ impressive vocal range. 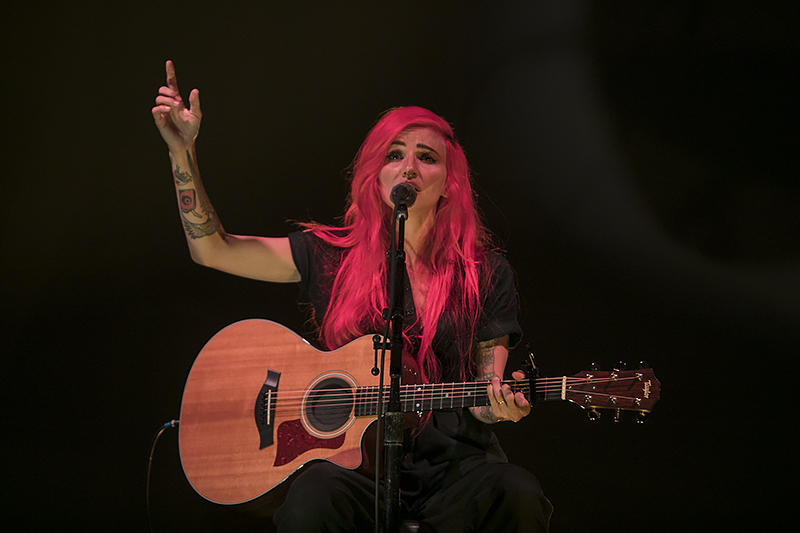 Throughout the evening there was a certain level of emotional intimacy that is not normally present at concerts. Typically, the artist will just roll through the set and occasionally talk to the audience in some kind of scripted manner. However, due to the laid-back nature of the concert, this one felt different as Lights took to the mic in between most songs to converse with the audience. As she has one of the most devoted fan bases in music, it was not surprising to hear plenty of chanting, yelling, and song requests during the night. This made it super special when Lights decided to dedicate a song to a loyal fan who had come to the previous three stops on the tour in the form of the sparkling “Muscle Memory.” 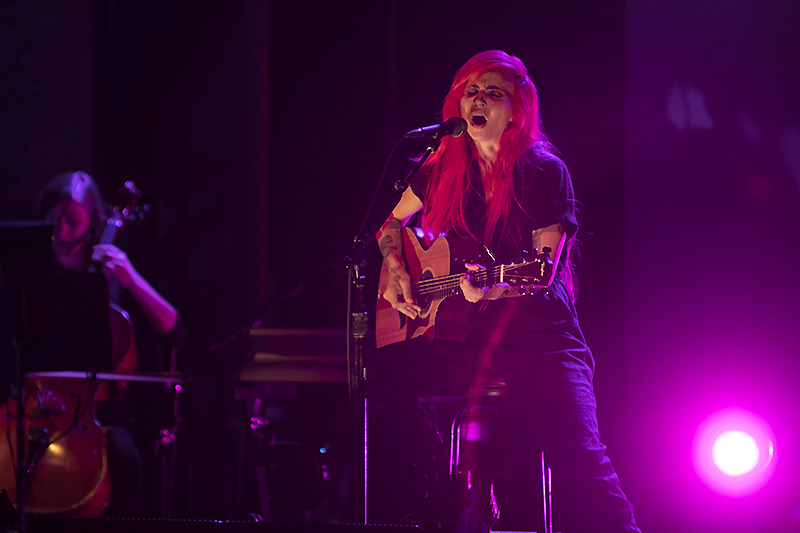 Later in the set, Lights pulled out one of her earliest songs from the start of her recording career, “February Air,” a breezy slice of indie-pop that got the sold-out crowd singing along for the entire duration of the song. 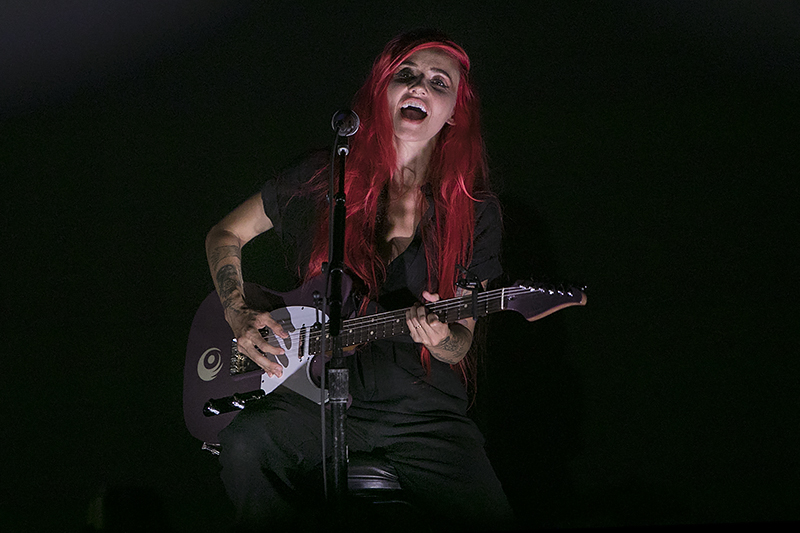 For an encore Lights rolled through a snappy version of her latest hit single, “Love Me” (a collaboration with Felix Cartal), and the brooding ballad “Almost Had Me,” which ended the night with the whole crowd singing along acapella. It was a fitting end to a magical night that once again demonstrated that Lights is at the top of her game no matter what type of instrumentation she has backing her.

Indie singer-songwriter tiLLie opened the night with a short but inspired setlist that included an exciting cover of the Cyndi Lauper classic, “Girls Just Want to Have Fun.” Tillie spent most of the set switching between acoustic and electric guitar while rolling through some of her most recent material. Combining a powerful vocal range with a rhythmic guitar style, each song Tillie played sounded lively and full of energy.

Here’s a slideshow with more photos of Lights by Raymond Ahner:

Find out more about Lights here.