As the weekend of the 9th Annual Hangtown Music Festival was fast approaching, there were some unprecedented challenges looming on the horizon. Power was highly likely to be shut off preemptively by PG&E on Saturday due to high winds that were expected in the Placerville area where the festival takes place. In nearby Sonoma County, the Kincade fire was causing havoc and affecting the lives of many in the festival’s extended family.

Heading in, the impending power outage seemed to be a potentially daunting situation for event organizers and staff. Wary festival goers braced for the possibility of a power outage as well as high winds that might blow through camps, while many others checked in on friends who had been affected by the fire. 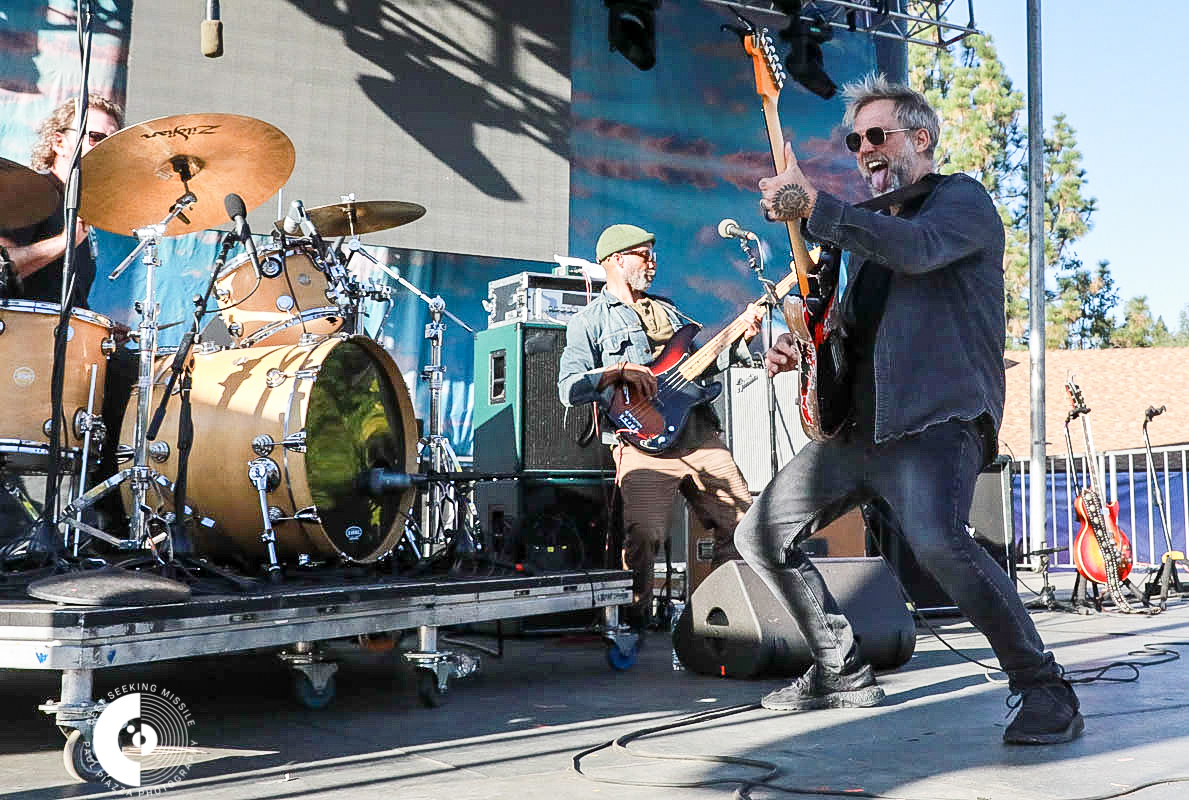 However, by the time the weekend was over, amazingly, the event had gone off with nary a hitch. This was largely due to the exceptional prep work by the outstanding festival crew. They had brought in industrial strength backup generators which functioned perfectly when the power went down midday on Saturday. In the end, there wasn’t a break in the music at all.

Thanks to this excellent planning, the event had yet again turned out to be one of the fall’s great treats reconnecting old festival friends and introducing new ones to the experience, bringing in new generations of Hangtown fans. 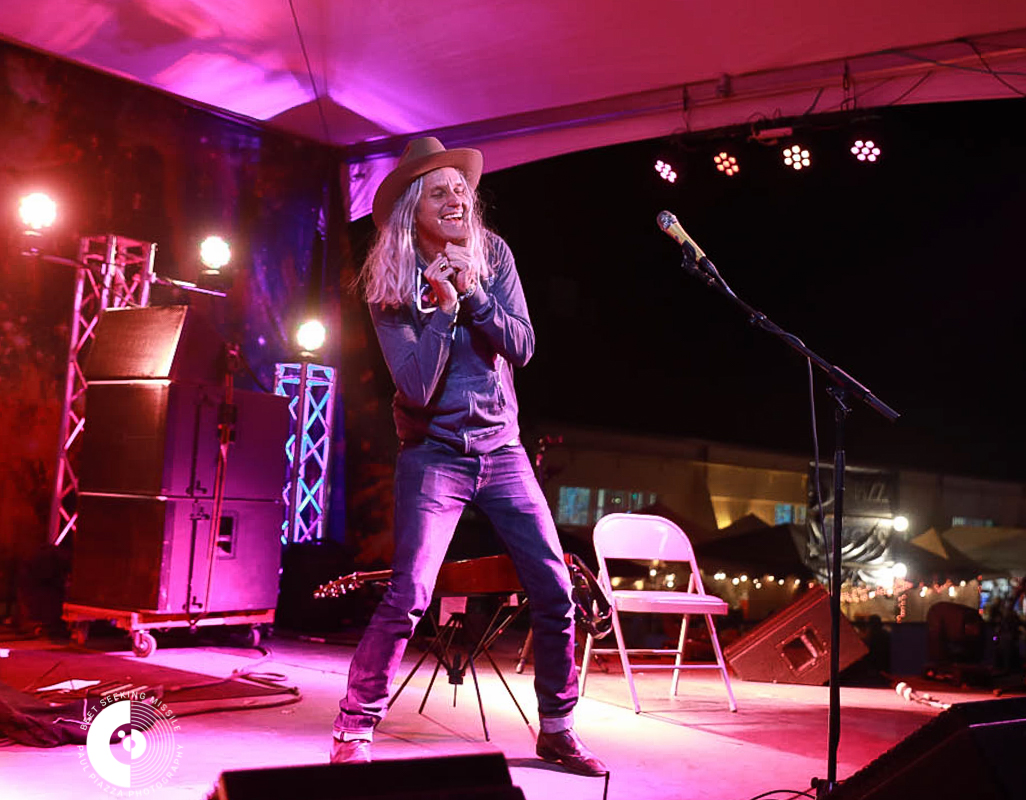 The music on three different stages (the main El Dorado stage, the Gallows stage, and the Hangin’ Hall) was killer, the costumes were excellent and outrageous and there was a joyous, healing vibe in the air. That vibe was what seemed to carry everyone through the weekend.

Great music was plentiful, with festival hosts Railroad Earth playing fantastic sets on Thursday, Saturday and Sunday. There were great late nights that featured the likes of The Motet, Fruition and The Lil Smokies going into the wee hours at the Hangin’ Hall, the lone indoor venue. And of course, a great variety of acts playing nonstop between two outdoor stages, the big El Dorado stage and the smaller Gallows stage. When a band was done on the big stage, another would start immediately on the smaller stage. This went on throughout the weekend. 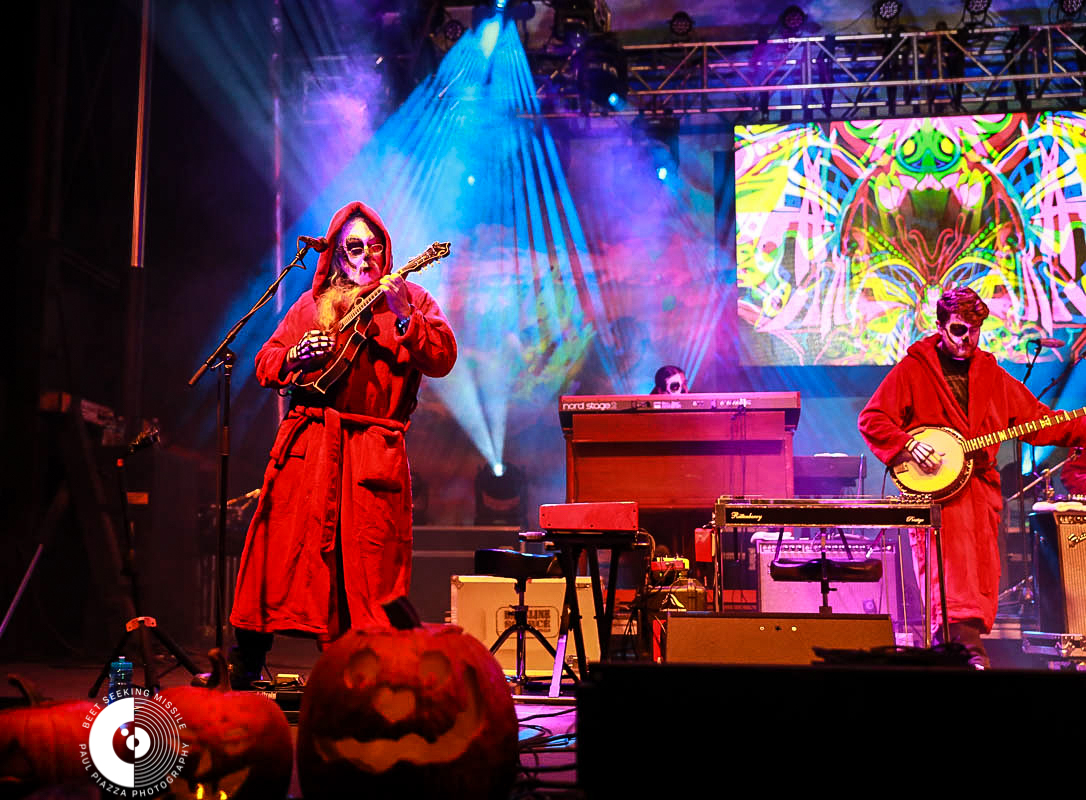 On Friday night, the Wood Brothers knocked it out of the park on Friday night with a sizzling performance that featured incredible tunes and bassist Chris Woods’ bewitching dance moves. This was followed by a pair of big psychedelic sets by the Dark Star Orchestra that went ’til midnight.

On Saturday night, Greensky Bluegrass came out dressed in Richard Simmons-esque 80’s workout garb and started things off with jumping jacks and squats and ended it with a killer guest sit-in by by Lindsay Lou on a cover of Fleetwood Mac’s “The Chain.”  It was a fantastic set. Earlier on the big stage, The Lil Smokies had enthralled us with a great set of bluegrass and also managed to slip in a cover of Lionel Ritchie’s “Hello.” 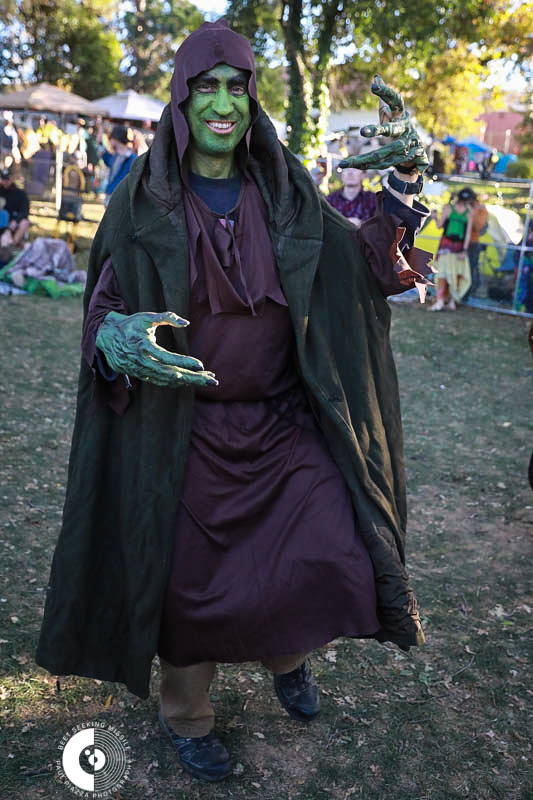 Sunday evening, The Motet shook the main stage with some soulful funk with strong hints of Afrobeat. Earlier, Motet singer Lyle Divinsky had joined  Anders Osborne when his band covered “Spanish Moon” by Little Feat. This was done to honor Little Feat vocalist/guitarist Paul Barrere, who had passed away the night before.

Of course, there were many phenomenal sets over the course of the weekend. Portland’s Fruition absolutely owned it during their Friday late night show and then came back slightly fatigued and dressed in sleep wear on Saturday to play another killer set that featured a sit-in by Railroad Earth’s Tim Carbone. 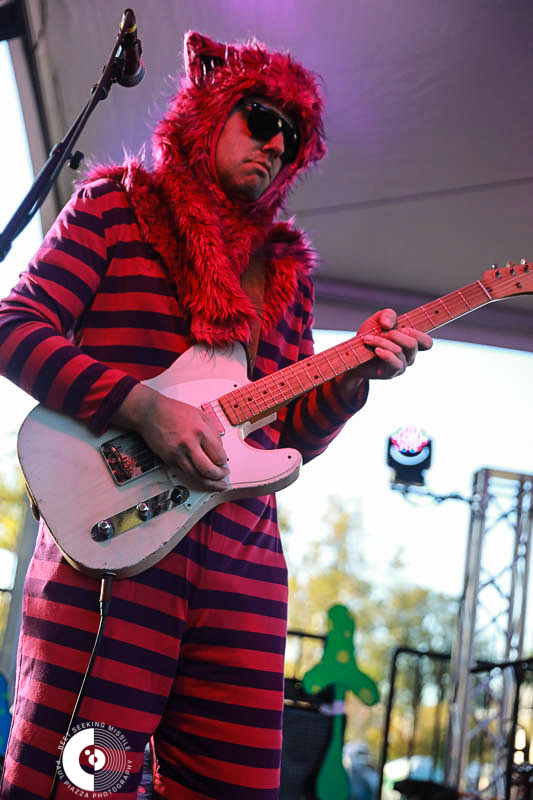 Steve Poltz managed to blow a lot of minds with his engaging, impromptu stylings. He played three different sets that culminated in a humdinger of a set on Saturday night on the festival’s Gallow Stage. Newcomers The Higgs and Golden Cadillacs made a great impression while longtime festival emcee Joe Craven brought his band The Sometimers and they played fantastic interpretations of the Jerry Garcia songbook on both the main stage and later at the Gallows stage. 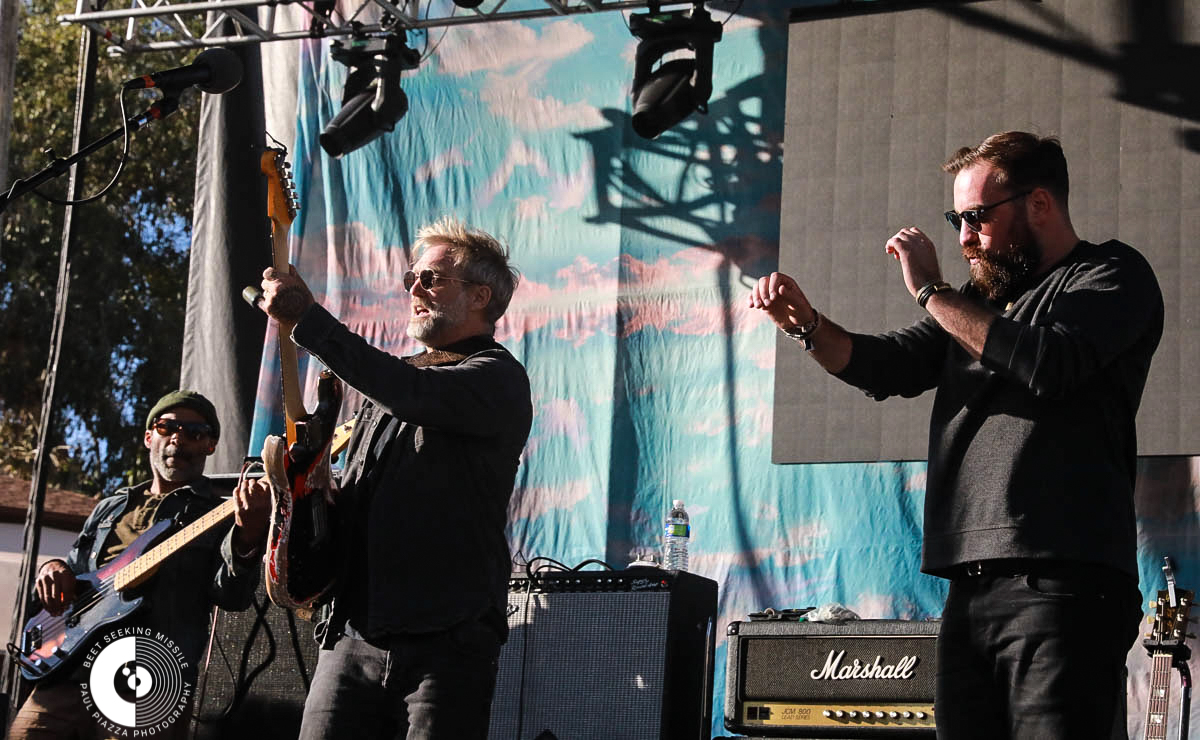 One new aspect to the festival was the inclusion of a liquid lights show facilitated by the legendary lighting artists at Mad Alchemy. It added an entirely different dimension to everything with psychedelic swirls and  incredible glowing colors to the infield. At the end of the weekend, this was one of the top takeaways. 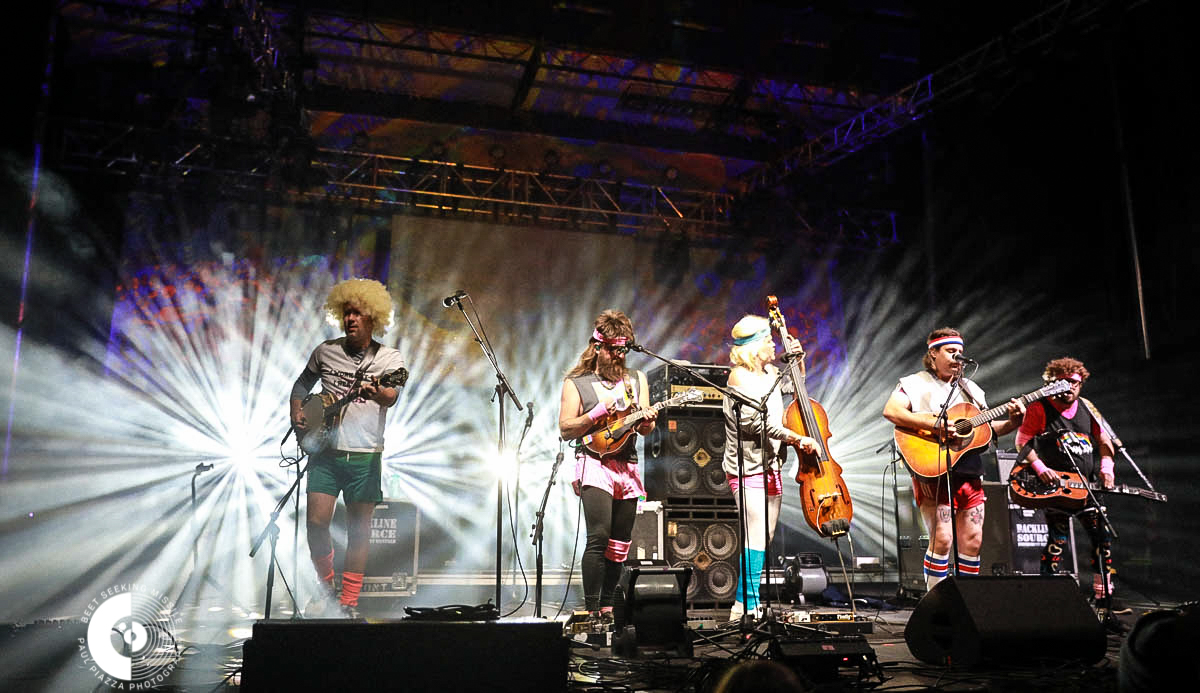 There were great costumes everywhere in the crowd and it was good to see many of the bands dressed up as well. The Gold Cadillacs’ Alice in Wonderland theme was quite excellent. Railroad Earth came out as hooded ghouls on Saturday night and were aristocracy on their final Sunday evening set.

During the band’s El Dorado stage on Sunday evening, Railroad Earth closed with “Great Divide,” a new song off their album All For The Song. The album was produced by Anders Osborne and will be released in early 2020. This collaboration is fitting, because along with jamming together onstage, more than a few of these artists work together in the studio as well. 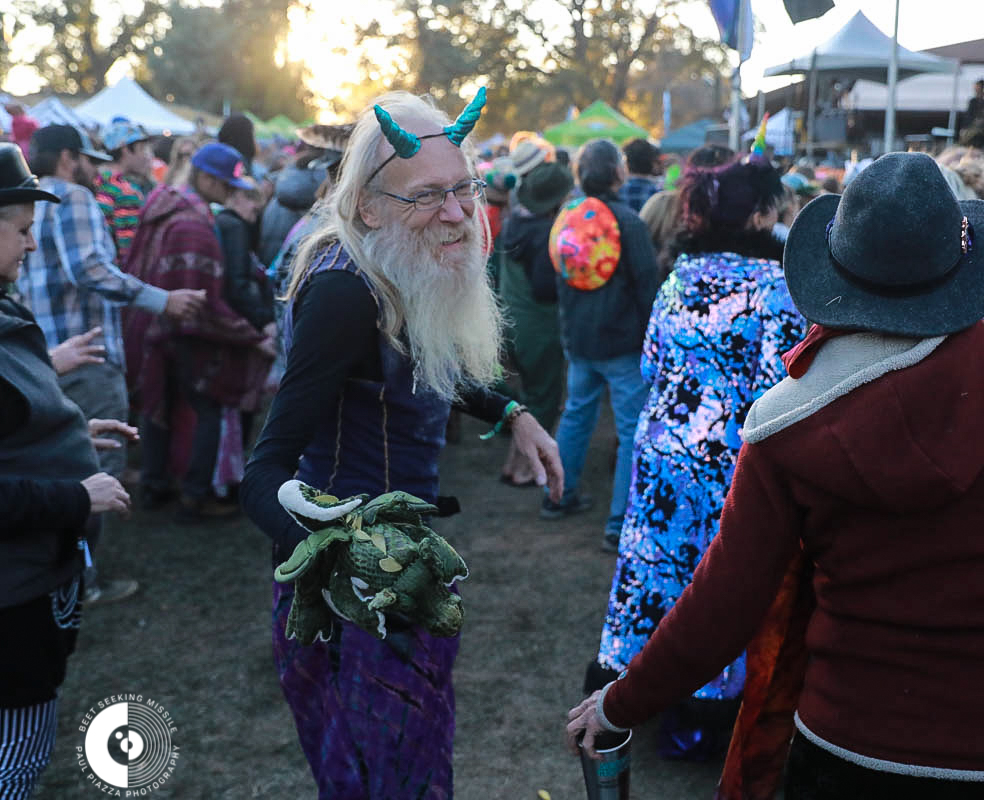 Next year, Hangtown will celebrate its 10th year and anticipation is already building for that celebration. Hopefully there won’t be high winds, power outages and wildfires to deal with. But if there are, a plan is already in place.

Earlier on the Sunday, Osborne had played a slowed down version of one of his best tunes called  “Life Don’t Last That Long.” The song was an emotional reminder of the fragility of life. This was a sentiment that many at Hangtown seemed to carry away with them after the latest version of this superb event wrapped and they were on the way home.

Jeff Spirer is the editor of SF Sonic. He writes and takes photos, sometimes professionally and sometimes for fun.