Watching John Stanier smash his five-piece Tama Artstar II drum kit is pretty unbelievable. Sweat poured off his forehead as his thick greying hair flung back and forth to the rhythm of his hands. Half-glancing at his super-high crash, it’s as if Stanier was warning the high-rise cymbal right before smashing the brass so hard you’d think it would shatter. 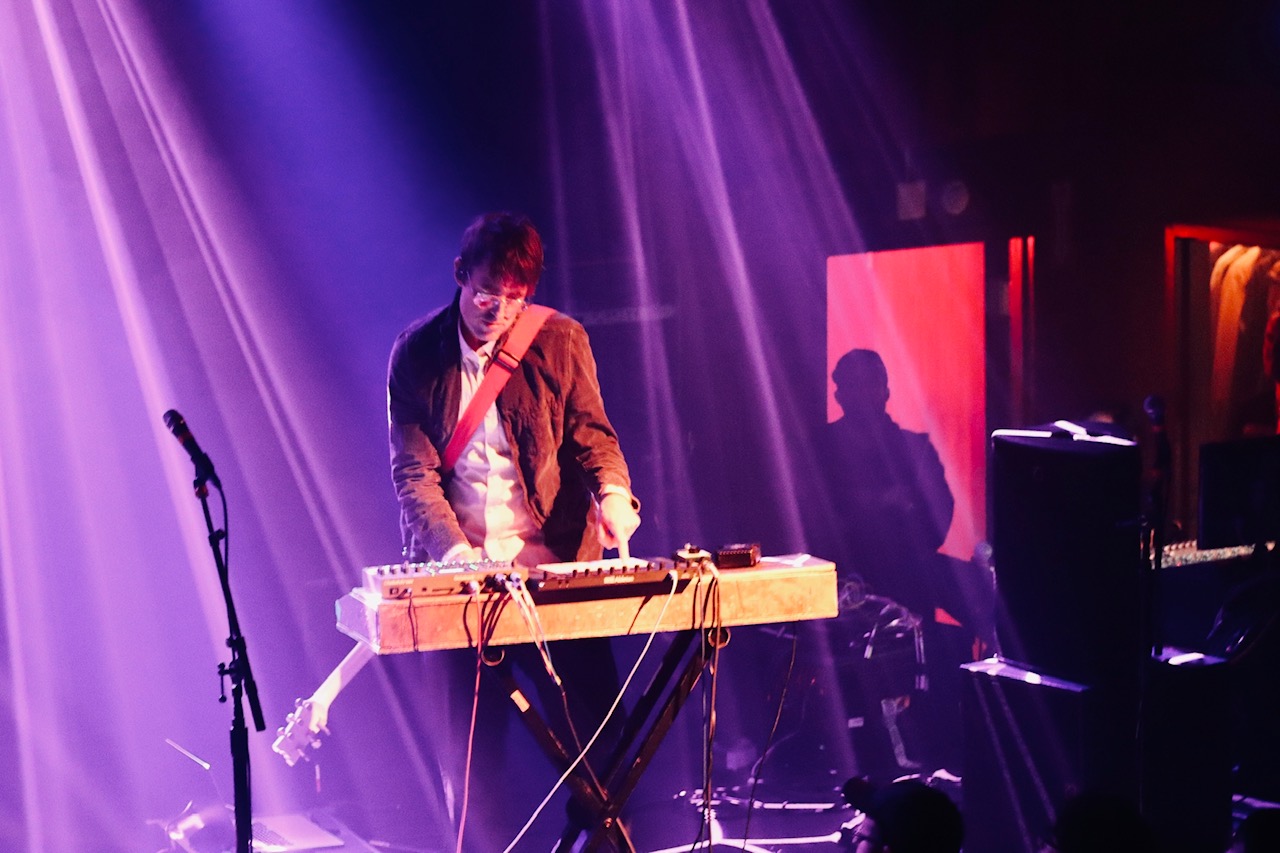 To his left, Ian Williams awkwardly danced behind a keyboard. At times he managed to play the keys, pluck a guitar and operate a series of foot switches and looping pedals simultaneously. It looks like the music completely controlled the movement of his body. His shoulders perched up near his ears, he shrugged forward and his limp-like arms swayed forward. When his fingers hit the keys he jolted back, like each key shocked him full of electricity. 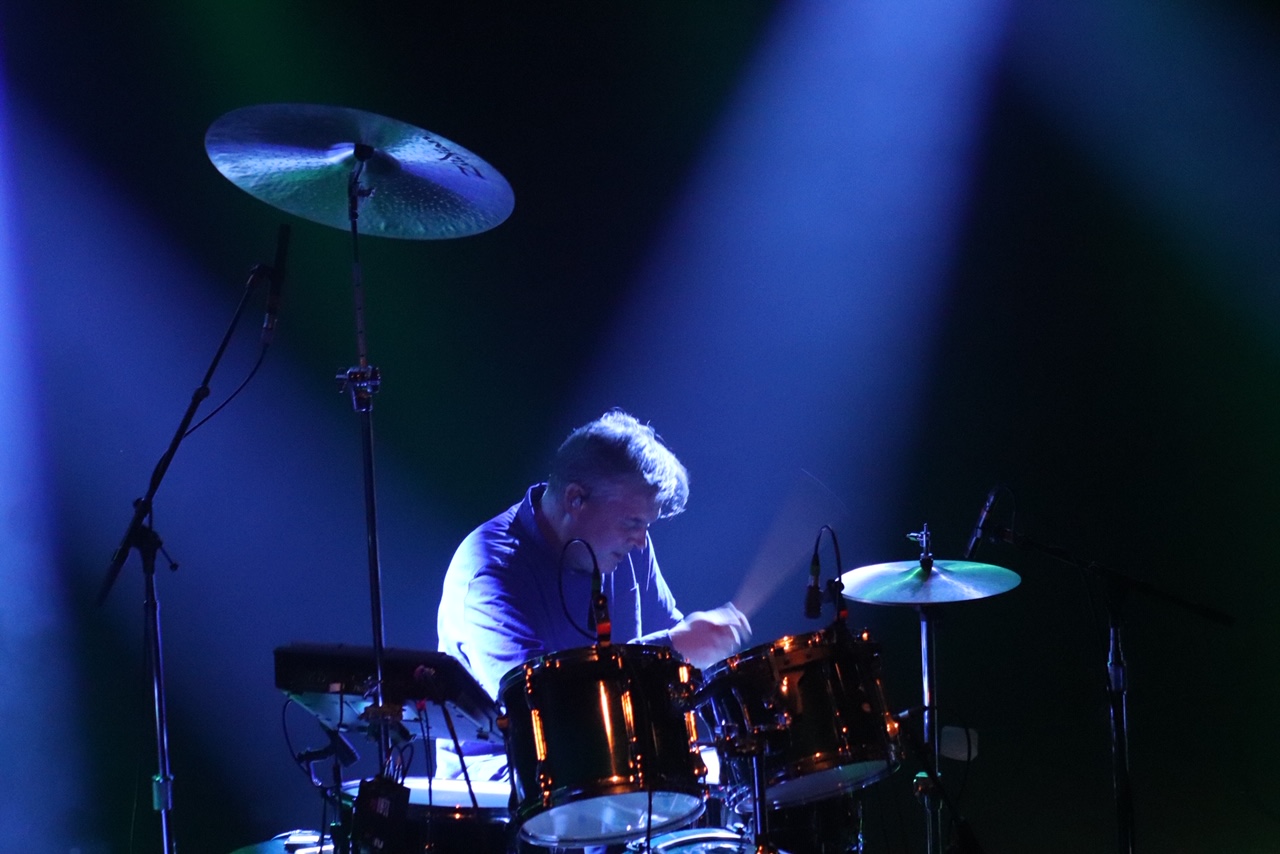 A roaring crowd packed the Independent in San Francisco for the first leg of Battles’ North American tour. The experimental yet impossible-to-label band hail from New York and are touring their new record, Juice B Crypts. 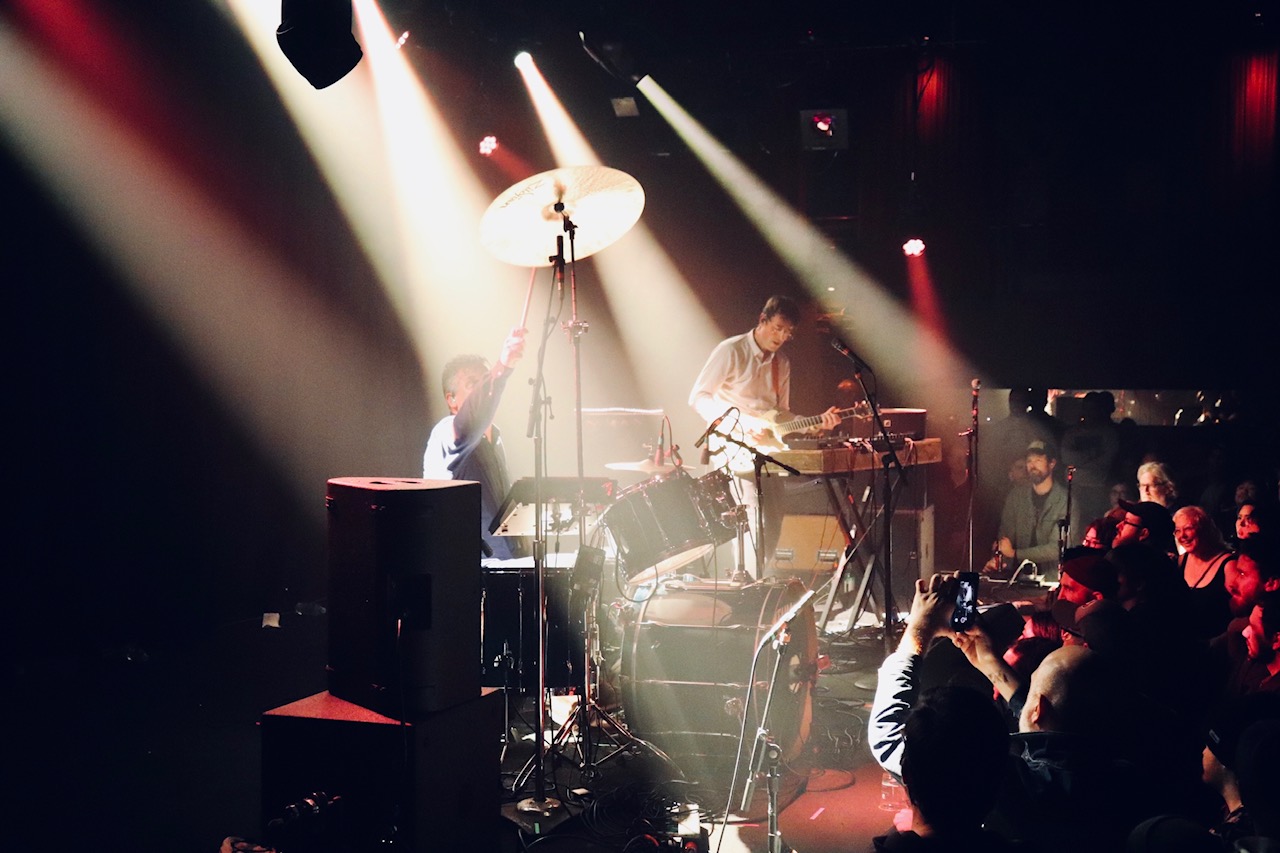 Opening the night with new single “Fort Greene Park,” Williams started sampling sounds that glitched and blended into each other. By the time Stainer joined with an anchoring drumbeat, the music started making more sense. People’s eyes were wide, they looked on as if they were listening to a story—navigating where they might be going and what may happen next. There’s a thrill in that sort of anticipation. 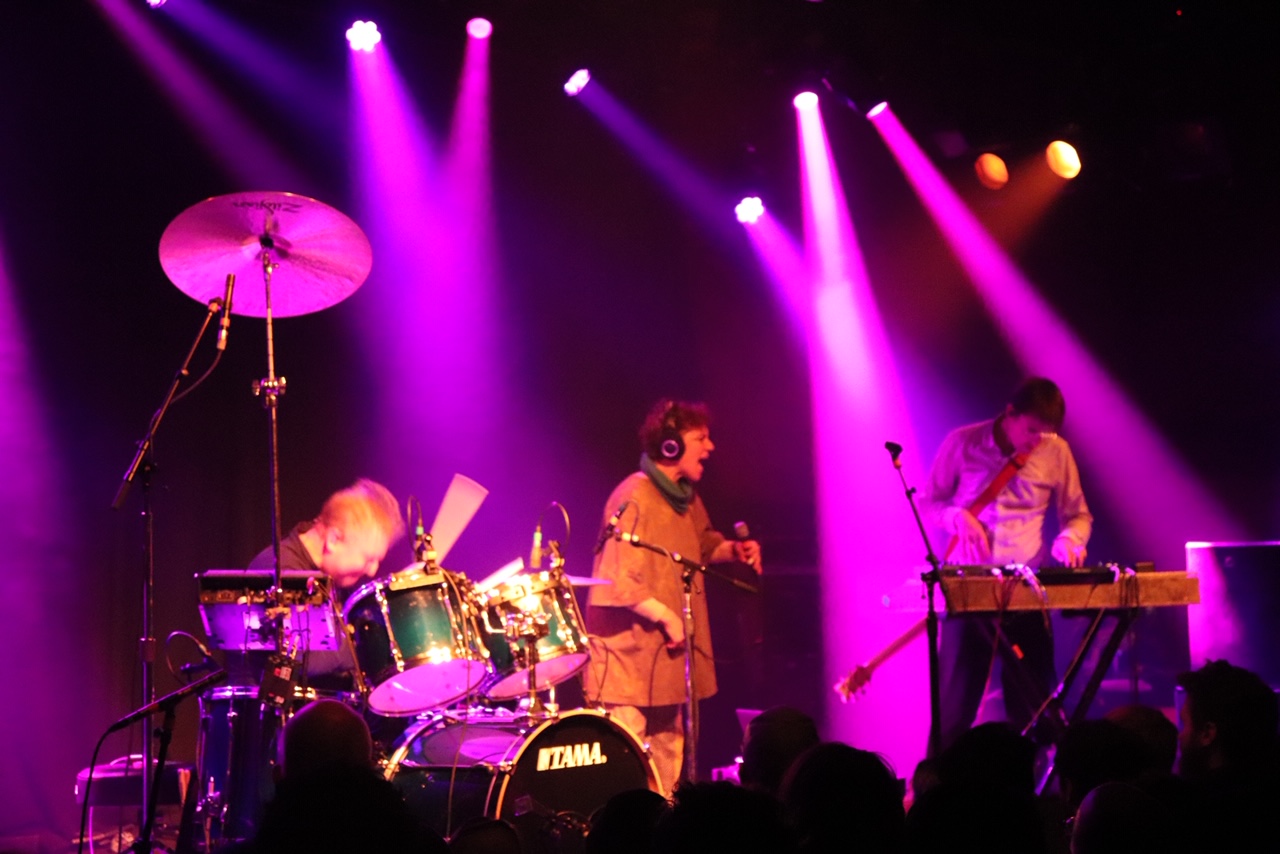 They kept on with new material, like “A Loop So Nice.” By the time they played “Last Supper on Shasta” a small crouched woman arose from the back of the stage. Wearing giant headphones and an oversized brown jacket, Tune-Yards’ Merrill Garbus slowly stood up and screamed into the mic. The crowd ate it up. 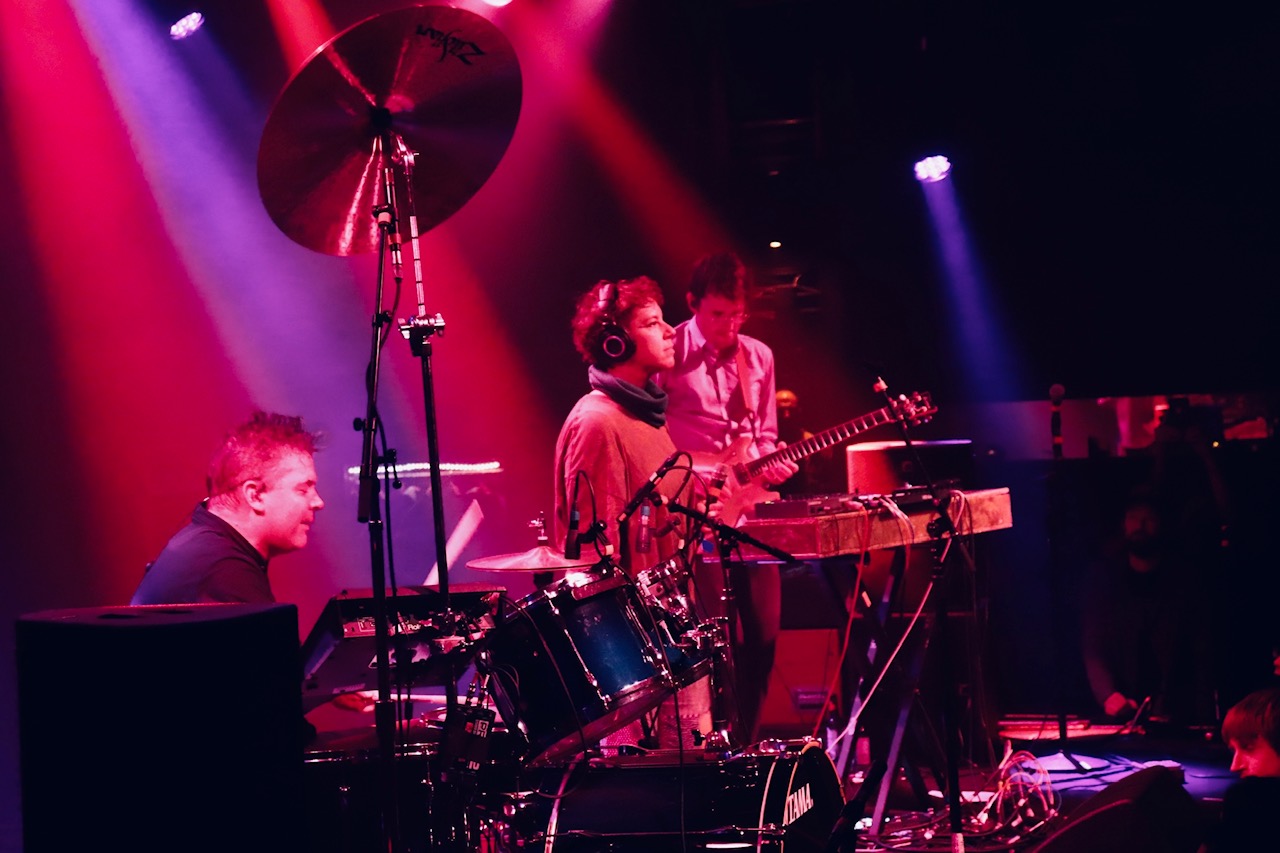 As intentional and technical as the set was, both Stanier and Williams exude an animalistic, uncontrolled energy. When Stanier opened up with the familiar drum beat to “Atlas” (Mirrored, 2007), people started jumping and beating their fists into their sides. It kept building—recorded Chipmunk-line vocals backed the jumbles of sounds in front of it. 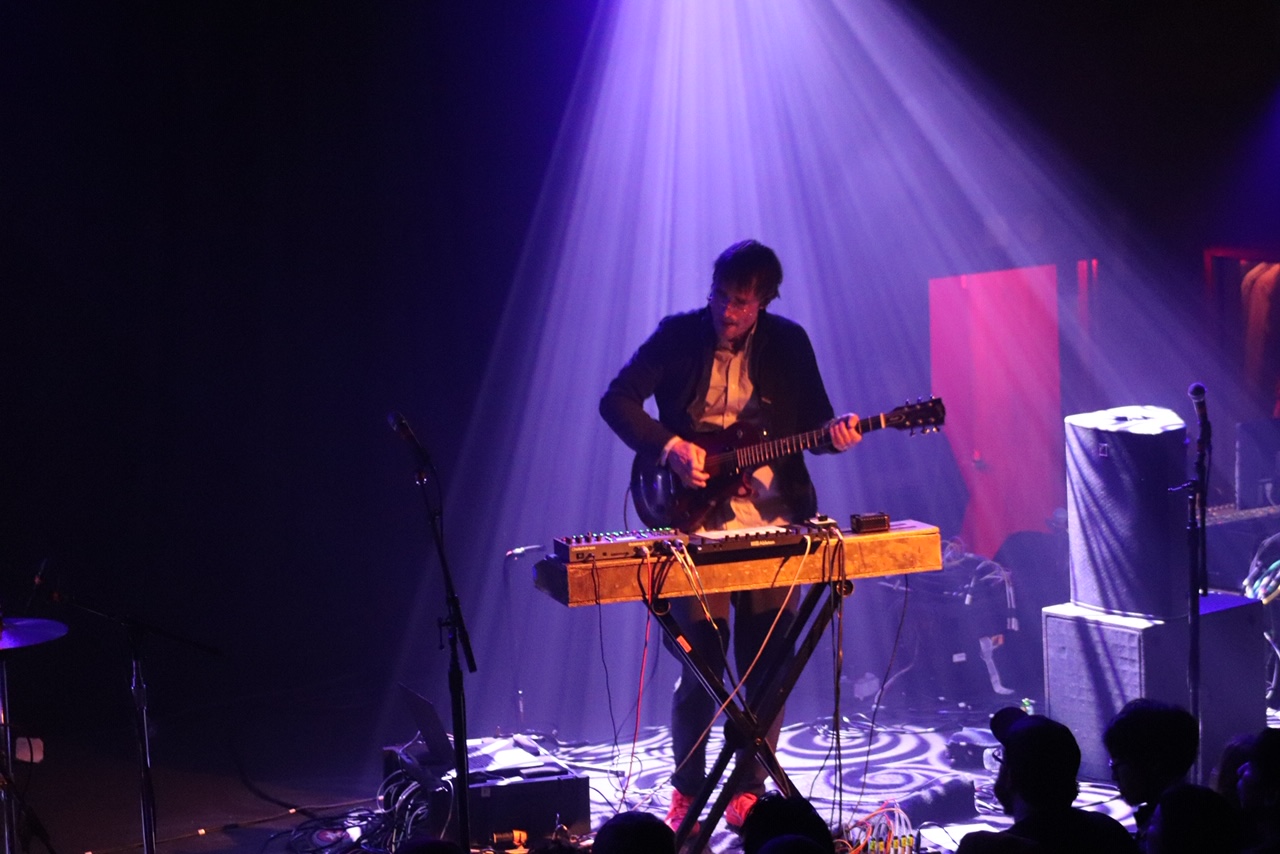 William’s bright orange shoes kicked and hopped across the stage. Stainer assaulted his kit in a button-up blue shirt. Sometimes Stainer hitting a sampler attached to his kit. And occasionally he hit the high-hat that’s made him such an iconic presence. 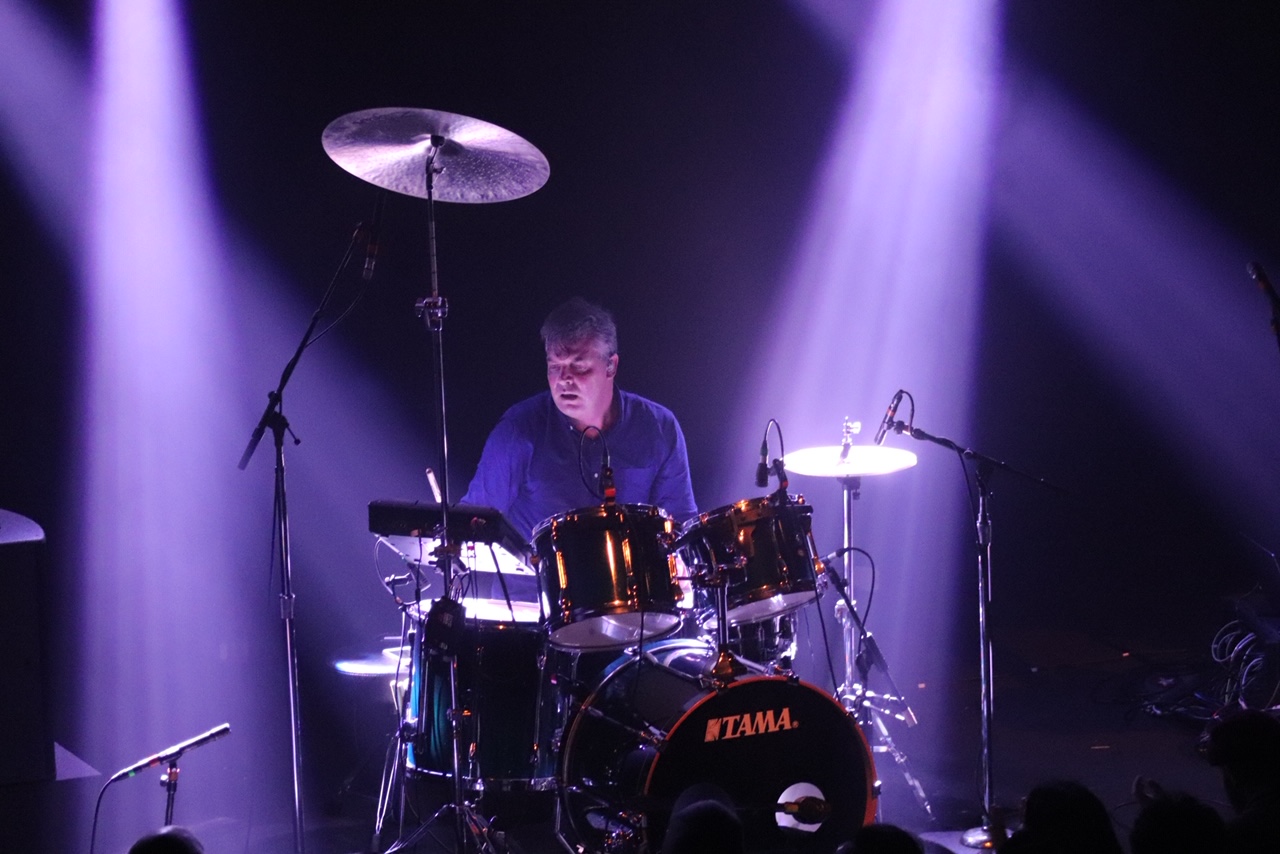 When starting out, Stainer didn’t want to use cymbals at all because he thought he’d rely too heavily on them. Instead, he raised one up high and used it as a marker. It doesn’t hurt that it looks so damn cool. 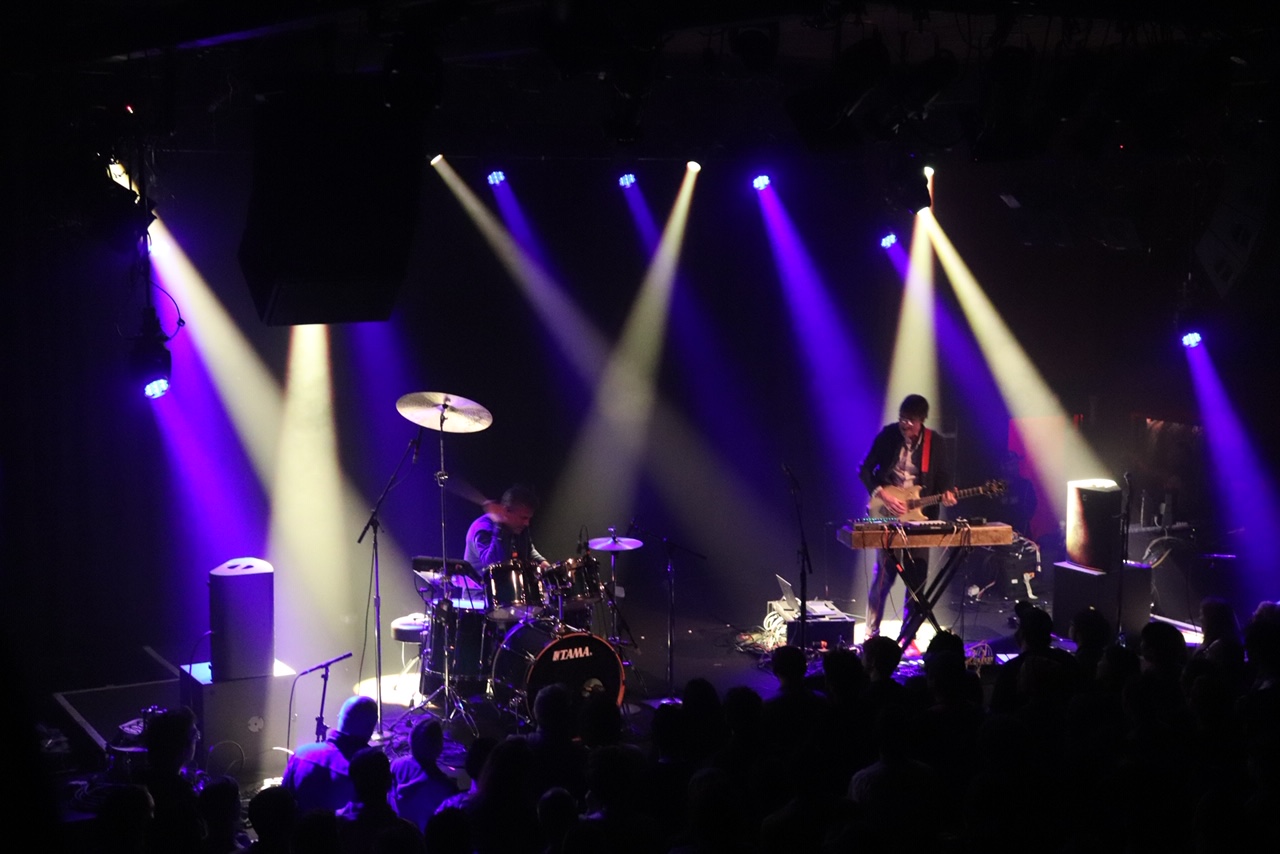 Battles came to life in 2002, with Stanier (Helmet/Tomahawk), Williams (Don Caballero), Tyondai Braxton, and Dave Konopka. Today they’re just a two-man show but if you closed your eyes, you’d sure as hell never know it. With just four studio albums under their belt, Battles are known for creating some of the weirdest and most interesting technical sounds. Some call them math rock (though Stainer isn’t a fan of the “unsexy” term)—others have no idea how to classify them. 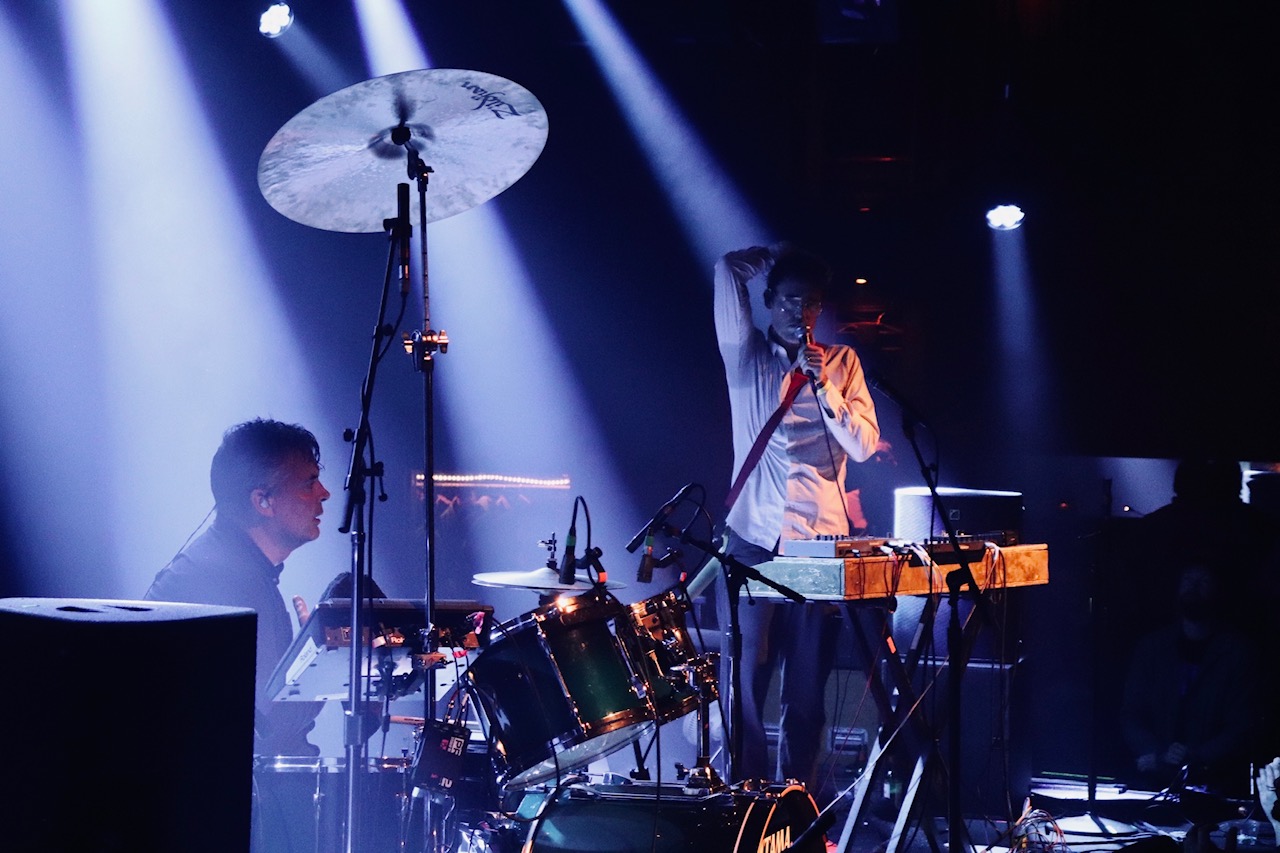 At the start, the group made music with an “anything goes” attitude. Slowly but surely, they became a band, recorded music, and touring. Over the years the band has lost a few members (Konopka left in 2018) but they continue to push and pull boundaries and support and counteract each other. 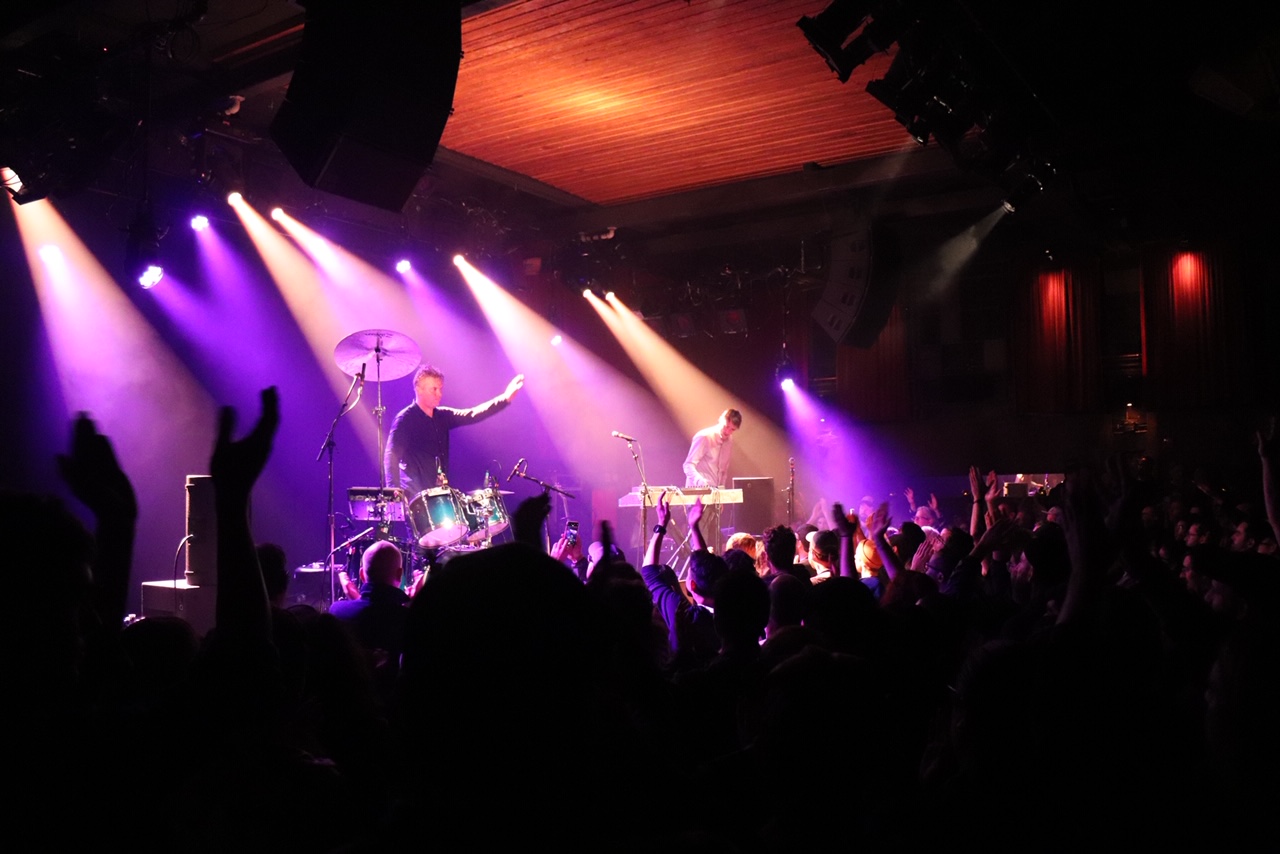 After a 90-minute, sweaty, jam-packed set, the crowd pleaded for more. Even when the Independent’s house lights came on, the crowd stuck around—just in case. A flattered Williams came out, high-fived everyone, and crouched down to talk to fans.