While on paper the idea of combining cute Japanese girl-group pop with hyper-speed metal might not seem possible, Babymetal demonstrated on Friday night at the Warfield Theater in San Francisco that the two types of music are actually totally perfect for each. The band has been wowing audiences across the world for most of this decade, with their popularity in America just starting to gain momentum in recent years. Judging by how tightly packed fans were in the Warfield, their popularity with metal fans in the Bay Area has definitely grown in recent years.

Consisting of lead vocalist Su-Metal and backing vocalist/dancer Yuimetal, along with their backing band, which consisted of 4 men wearing masks, Babymetal put on a show like no other band on the planet: a stunning combination of slick dance moves, soaring melodies, and wild instrumental virtuosity. 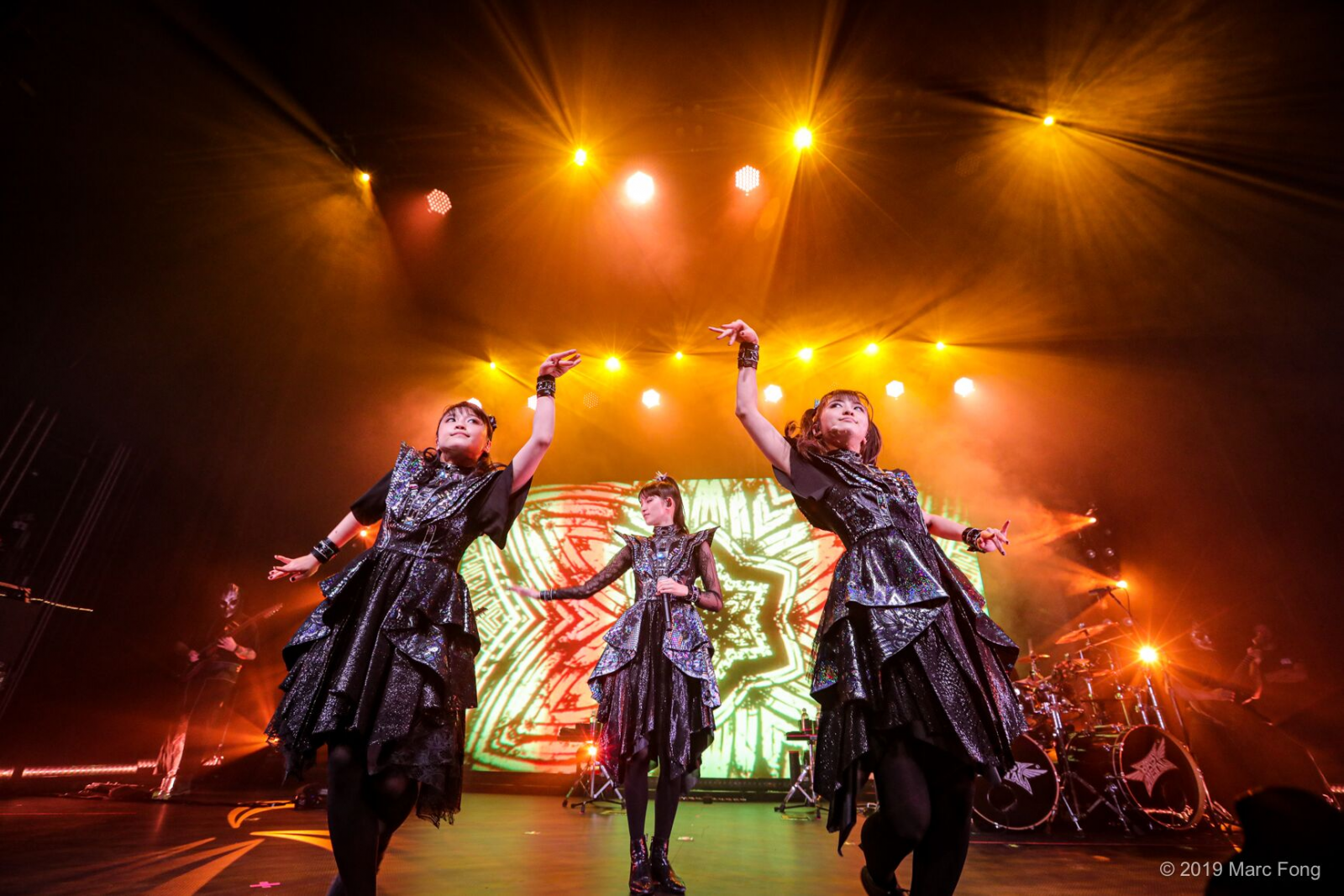 As the raucous crowd began to move as the opening intro to the concert began, the band strode onto the stage to rip through “Megitsune” which featured all of the hallmarks that the band has become known for over the past 5 years: blistering drums, technically stunning guitar work, and the melodic vocals of Su-Metal. While most Babymetal songs are performed in Japanese, the following song “Elevator Girl” was one of the few of the night performed entirely in English. Riding some particularly heavy guitar and bass riffs and some soaring vocal melodies to complement the impressive dance moves, the song really got the audience engaged.

Next up was a more groove-oriented song from their soon-to-be-released new album, called “Kagerou.” The song began with some instrumental fireworks as each member of the backing band got a chance to show off their impressive skills, trading off wild solos before rolling into the slamming groove metal of the song.

A few songs later the band played an inspired version of their first big hit, “Gimme Chocolate,” a snappy piece of pop punctuated with plenty of squealing guitars and thunderous double bass drumming to complement some silly and nonsensical lyrics. The sheer technical skill to pull off these songs in a live setting was impressive to hear, instantly squelching any talk of Babymetal being a band that only exists in the studio. This type of precisely-choreographed live show was incredible to see from a fan’s perspective. 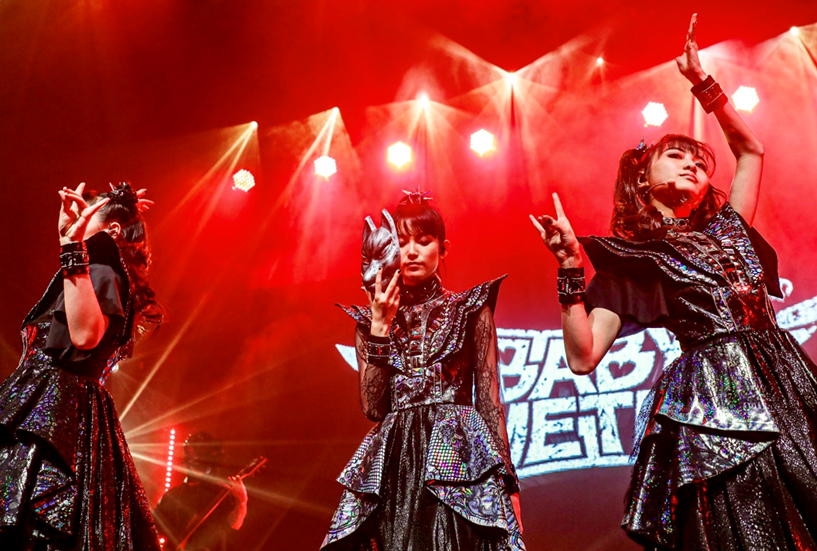 To close out the night, the band tore through another epic in the form of “Road of Resistance,” which featured the best twin guitar interplay of the evening, with both guitarists shredding through some incredibly dense harmonies and solos over the captivating vocal melodies and rapid-fire drums. While the show was on the shorter end of things in the sense that it lasted just over an hour, the fact of the matter is that Babymetal did not waste a single note on this night, and based on the crowd reaction, you could tell they were totally satisfied with the performance.

Babymetal have continued to grow their stage show and fanbase, and if Friday night is any indication, their legend will only continue to grow in the American metal scene.