After a decade of sonic experimentation, Deftones have returned to their original punishing metal style, delivering one of the better albums in their career. While the previous three Deftones records, Diamond Eyes, Koi No Yokan, and Gore, each had plenty of great moments, there was a distinct lack of metal on many of those albums. Gore, in particular, featured very little input from guitarist Stephan Carpenter. Sensing the need to shake things up, Deftones enlisted the legendary metal producer Terry Date, who the band had not worked with since 2003’s self-titled album.

The return of Date and Carpenter produced some stunning results. In many aspects, the band has never sounded tighter, as evidenced by the opening track “Genesis.” Beginning with an eerie synth line from Frank Delgado and some clean guitar, the song explodes into a walloping riff-fest, which allows singer Chino Moreno to deliver a perfect combination of aggressive screams and melodic vocals. Like all classic songs from the band, there are plenty of dynamic turns, including a gorgeous mid-song breakdown. 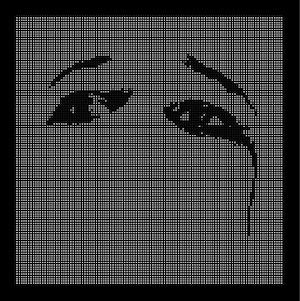 A few songs later are where things start to get really good, starting with the crushing “Urantia.” Beginning with a galloping guitar riff from Carpenter, the song settles into a solid mid-tempo groove, twisting and turning between ethereal choruses and slamming verses. This combination of heavy and light has always seemed to work for the band, and here it works for them once again. Few bands have the talent and capability to pull it off. Date’s production is clean and punchy, and drummer Abe Cunningham has never sounded better.

The tempo slows down a bit in the middle of the record, just in time for the dreamy “Pompeji,” which begins with a beautiful set of reverb-drenched guitar licks before the distortion kicks in and the song transitions to another grinding slab of metal.

Another highlight comes in the form of the thrashing “Radiant City,” which begins with an aggressive bassline from Sergio Vega, which is then quickly doubled by Carpenter. Eventually, the song opens up to a soaring chorus featuring some of Moreno’s best vocals on the entire record.

A few songs later, the record concludes with the title track: another furious set of guitar riffs and soaring vocals. What makes this album so impressive is that the band has been able to pull off a return to their old sound without sounding stale and boring. It’s not an easy task to accomplish, especially for a band that has been around for thirty years. It’s a testament to their creativity, musical talents, and willingness to embrace the heavier side of their sound for the first time in over a decade.

Listen to “Ohms” by Deftones: