Everyone in the music world is hurting now. Musicians not touring, not getting together in the studio to work on new material, not working out new songs in crowded rehearsal rooms. And venues are closing at record rates. SF Sonic has been talking with lots of musicians about how they are dealing with the disaster that the pandemic has caused, and now we are telling the stories of musicians from San Francisco about what it’s like. This is the first installment in this series, so read about what they’re doing, listen to some music, buy some merch. 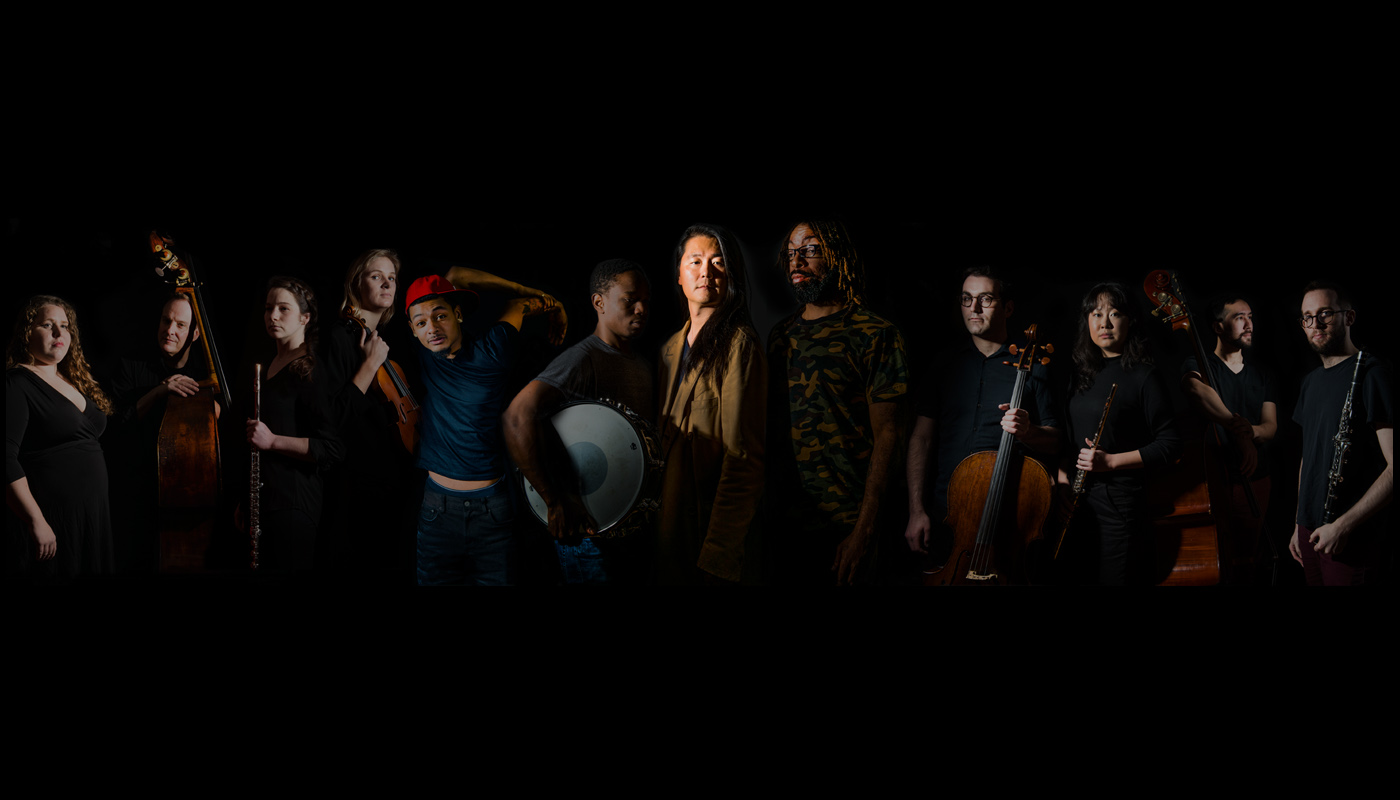 Ensemble Mik Nawooj was planning on a tour to Washington, Nevada, and Alaska. In addition, regarding local performances, we were scheduled to perform at the Yerba Buena Gardens Festival and Asian Art Museum. The AAM concert may still take place by the end of the year in the form of a live film event.

JooWan Kim, EMN’s artistic director and composer, has been working on a lot of newly commissioned work. He recently finished writing for a Broadway musical which is set to premiere in London, UK, next year. Currently, he’s working on the commission for Yerba Buena Gardens Festival’s 20 year anniversary. Our other musicians that we normally work with, have been teaching music lessons online. 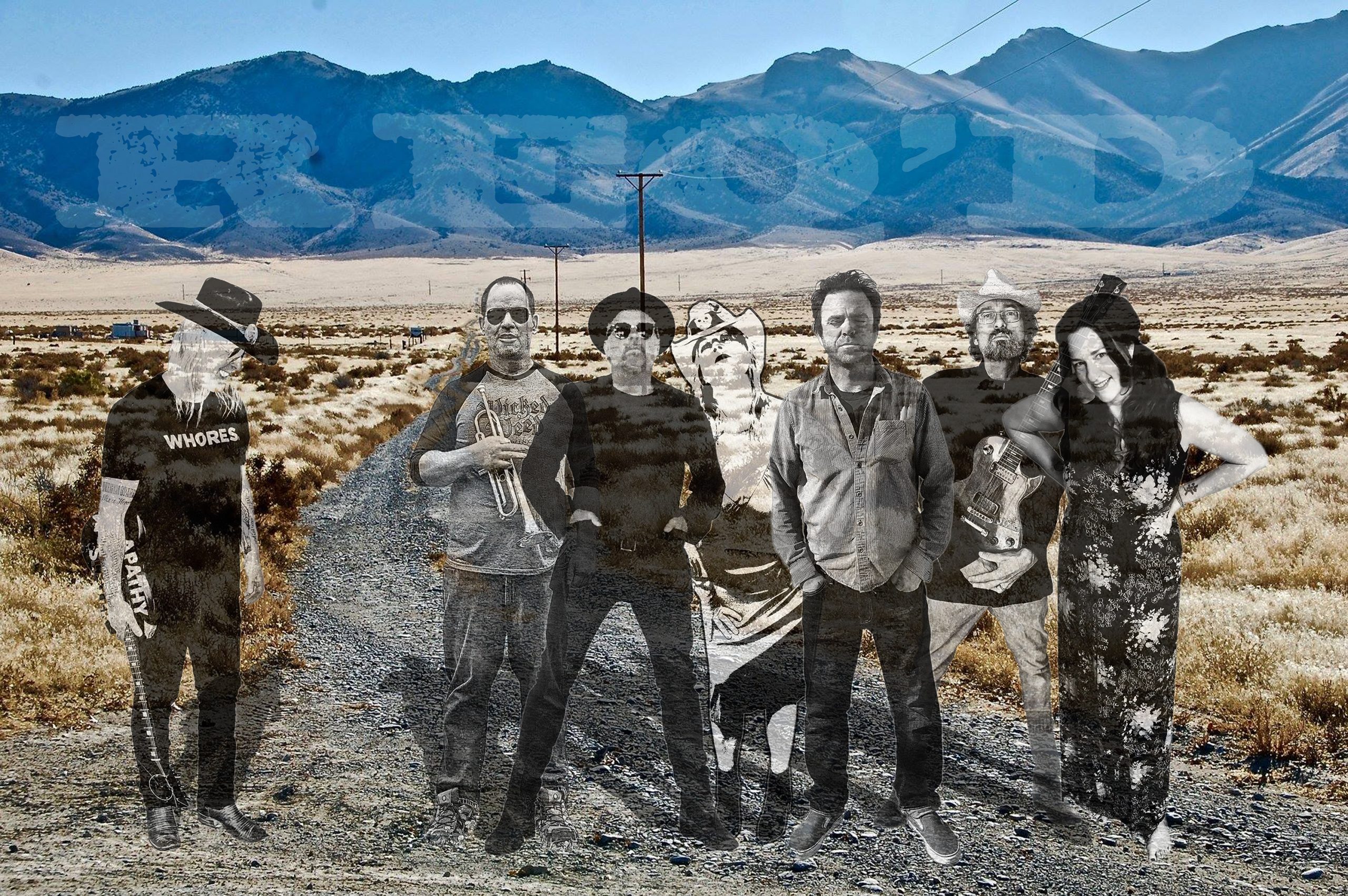 Luckily we only had to cancel one show, though it was one we were really looking forward to; We were to play Furstwurld in Joshua Tree for the second year in a row on Saturday April 4th. Photographer Bill Green was to shoot band photos  there as well. Its hard to get us all together since our horn player Tom Quinn (my old Hullabaloo buddy) lives in Raleigh NC and only flies out for shows.

Yeah keeping anything going these past few months is indeed challenging. We haven’t practiced since shut-down though we’ve paid our practice space rent. I’ve written 3 new songs and our Bassist/Pianist Dave Flores has written one as well, which we then send out to other band members to digest – hence we are ready to get back to conjuring up new material as soon as we’re all able to be in the same room again. We also got our second album ready (see #5)

I got every band member to get their partner to photo them and then I’ve made a Bandemic band photo – mostly to amuse myself and to post something/anything. We’ve also been posting about our second release coming soon (see the last response here).

That’s hard to predict. I have so many friends more or less totally fucked; our tour manager in Berlin (who tours continuously – he the GNR 2019 tour) is dead in the water. My very good friend who owns the best rock club in Boston (ONCE) is struggling to figure out what to do. Not to mention bands who had whole tours wiped away…on a side note I feel extremely lucky to have seen Patti Smith at the Fillmore the day before everything shut down…i dunno what does happen to live music? I have no real interest in seeing people sing through masks, nor play in front of plexi shields, but there’s got to be some way to go forward and I’m certain some enterprising youngster can figure it out…In the end my feeling is that we humans (as flawed a species as we are) are going to have to figure out how to live with viruses like Covid. They’re not going away anytime soon, if at ever at all.

Yes! We do have something new that I’d like to brag about; Our second album, Pulling Up Floorboards, is being released August 6! On 180 gram Colored Vinyl LPs which are on their way from the Pirates Press plant in the Czech Republic as we speak. We finished tracking in February, all except for Tom’s horn parts which he tracks in a Raleigh NC studio. Of course, his studio shut down right before he was able to get in, so being the resourceful lad he is, Tom simply ordered microphones and ProTools and got down to business. I was due to fly to Seattle to mix the album with Jack Endino, but instead we simply FTP’d the files to him and he mixed and mastered the 12 song album. This album is killer! The first album, Fall In Love On Hate Street (My wife and band member, Laurian Rhodes, and i met and fell in love on Haight Street in the 90s) was more of a ‘sluggo project’ where I invited lots of fellow musicians to bring my songs to life. After that album, REQ’D coalesced into a solid seven-person band and this second album features songs by other band members as well as a bunch of my creations. I’m really stoked on it to say the least – Jack did an amazing job on it as did my bandmates.

When COVID-19 hit, we had a tour scheduled across the West Coast with our friends in Luna 13, which was scheduled to span the first two weeks of May. We also had several local engagements booked. All of that has of course been postponed, and we look forward to honoring those dates when it’s safe again. Fortunately, we wrapped recording on our debut LP in early March and worked remotely with our producer John Fryer, who works in LA. We did a lot of file transfers back and forth to perfect the mix and the record is now in mastering. We are still on schedule to release the record this year with our label COP International.

I have been working on writing the second record, as well as revising the live backing tracks so that when it’s safe to hold live events again, the songs will have a lot of new energy and the sets will feature new material. I found a great deal on an analog synthesizer as well and have been experimenting with creating sounds on that as well. And of course, there’s been some time to discover new music and explore the back catalogues of bands I’ve loved for a long time.

We’ve really been very consumed with the process of finishing the LP, and at this point we’ve been thinking of some ways to reach back out and put some interesting things into the world before we release the first single. More on that later of course.

For the Bay Area music scene to return, we all need to know that it’s safe for a lot of people to be in a room close together. I hope that the advancements that facilitate that safety also facilitate the re-emergence of live music as we’ve always known it. When that happens, we will all be hungry for it and we will love it more than ever.

Listen to Cry Out to Heaven by Suicide Queen on Bandcamp.