SF Sonic decided to check in with performers to find out how they’re handling these difficult times. This is the third in the series, you can find out what’s happening and check out some links to hear some music. And if you can spare some change, support your favorite musicians here through purchasing merch and music. 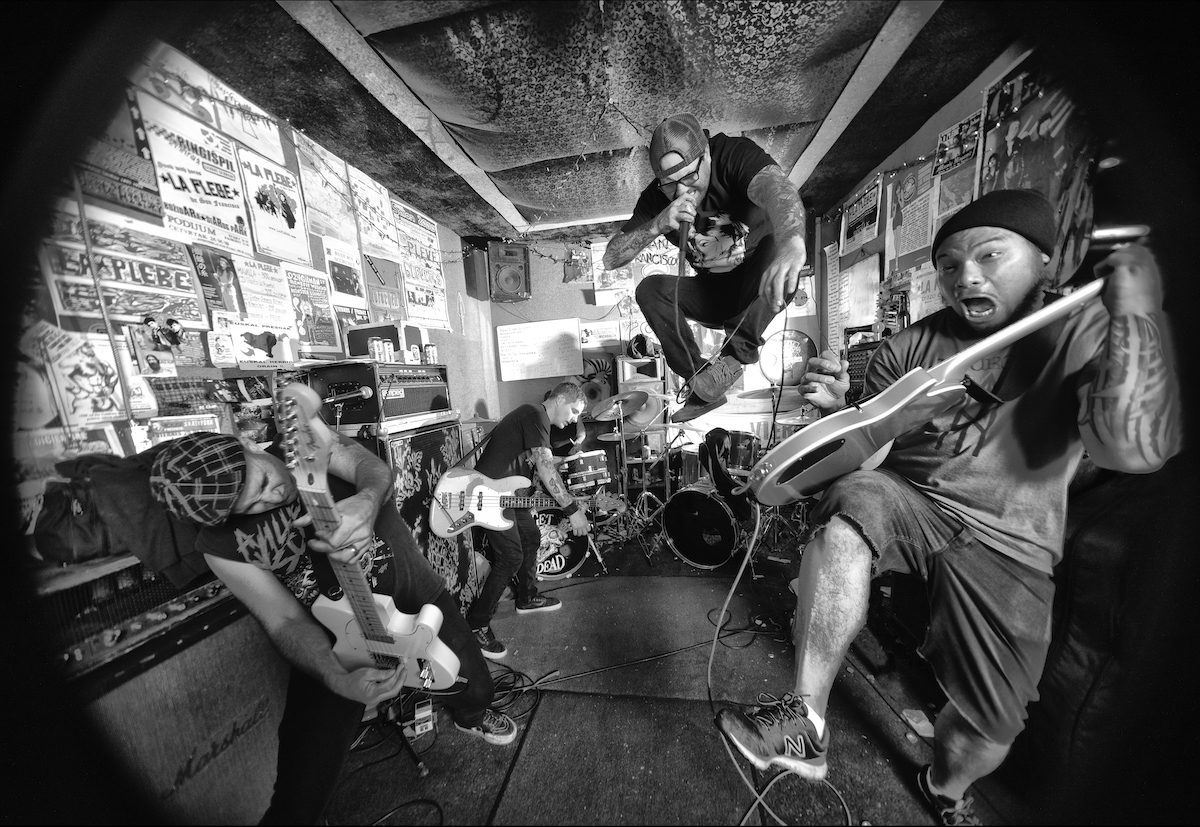 It shut shit down. There is no touring. All of our Europe club shows and festivals for the summer we had all got canceled. Unless some Elon musk type fucker pops off with a vaccine that they are gonna distribute into the general public’s water system, I’m gonna go out on a limb and say 2020 is a bust.

We are working on a new album, so it’s actually been pretty beneficial as fat ironing out the last details of things.

Other than that, just trying to stay busy building stuff to skate, painting, tried an online yoga class via zoom but ended up just drinking Budweiser and heckling until I got kicked out.

Mailing them random packages, and they keep me interested by returning the gesture. I got a lonesome dove VHS tape and a signed picture of Sigourney Weaver. I also painted fat mikes house, Neapolitan, for two weeks. I wish this was some sarcastic answer, but this is reality post-COVID.

Watch “She’s a Problem” by Get Dead here. 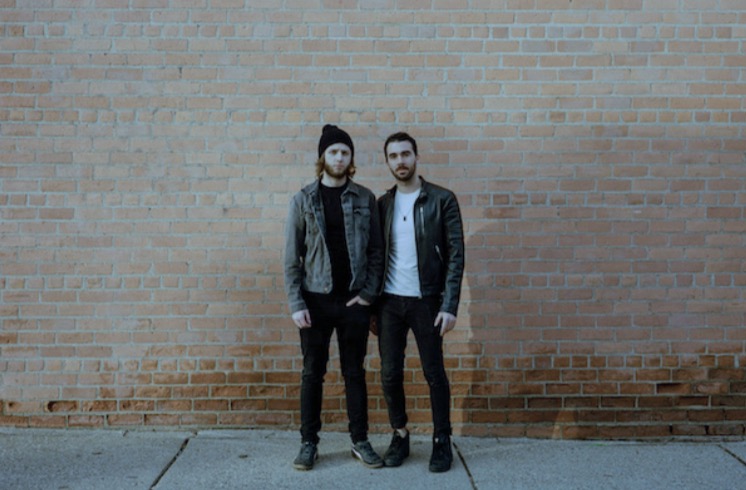 We luckily were not stranded in the middle of a tour that had to be cancelled, but it did unfortunately result in the cancellation of some tentative U.S. tour plans and has halted any future plans to get on the road until it becomes safe and reasonable to do so again.

Struggle and hardship have always been the fuel for our creative content. It’s all about channeling what’s happening in the world and the emotions attached to it to tell stories that hopefully mean something to someone other than ourselves.

Aside from releasing new music and visuals, we’ve also started a podcast called We Got Ourselves (and Kevin) Into This to keep fans updated and engaged as we hang out virtually with some of our friends and colleagues in the music industry.

Podcast with The Messenger Birds is here.

In the Company of Serpents (Grant) 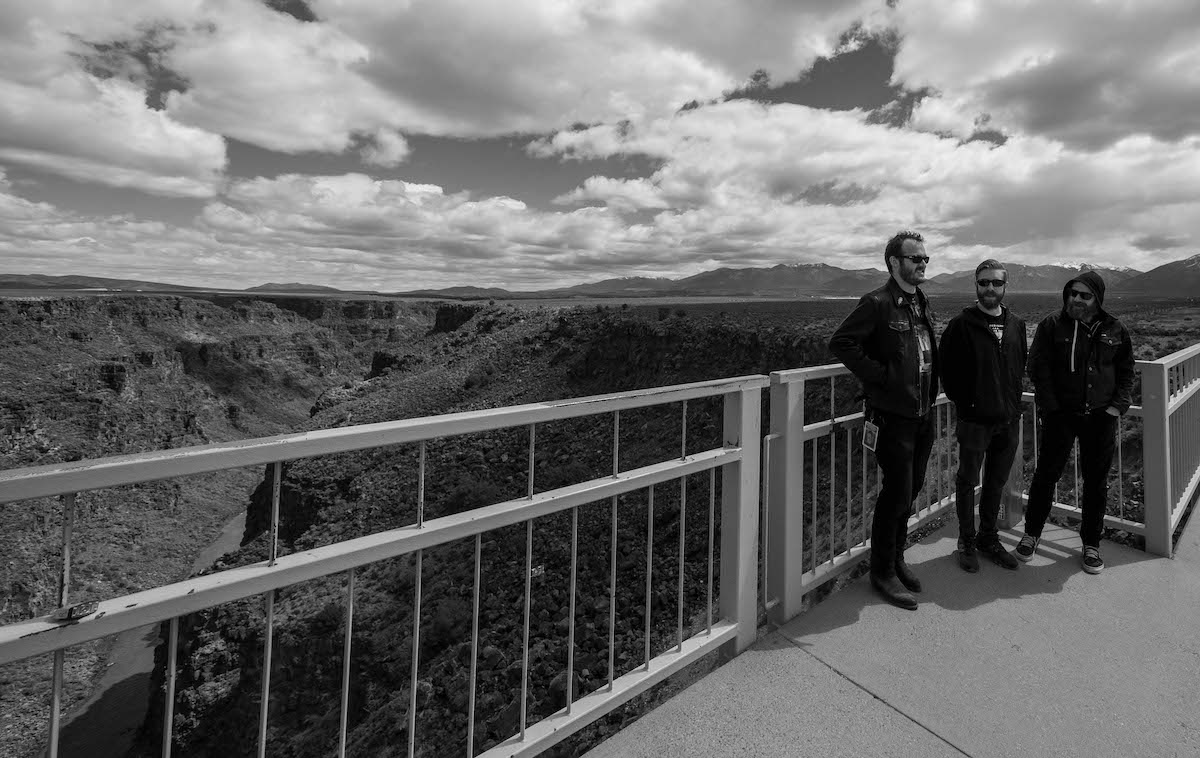 In The Company of Serpents (Photo: Colleen Donley)

We had to cancel our record release show, which would’ve been slated to be over one of the last weekends, and I suspect we’ll have to postpone the touring we’d planned to do this autumn, although that’s still anyone’s guess.  I would imagine a lot of people are going to be reticent to get into crowded clubs together, even with mandatory masks, capped audience sizes, etc.

I’ve been playing and writing a lot on my acoustic instruments.  This quarantine has messed with my sleeping patterns, and when I find myself wide awake at 3AM, it’s better to keep the diplomatic peace with my neighbors than to crank up the full amp stacks!

Our latest album, Lux, just came out last Friday, so that has helped keep people engaged and listening.  We considered trying to live-stream us performing to an empty club for our record release show, but couldn’t make it work.

Get more info about In The Company of Serpents on their Facebook page.

Listen to In The Company of Serpents on Bandcamp. 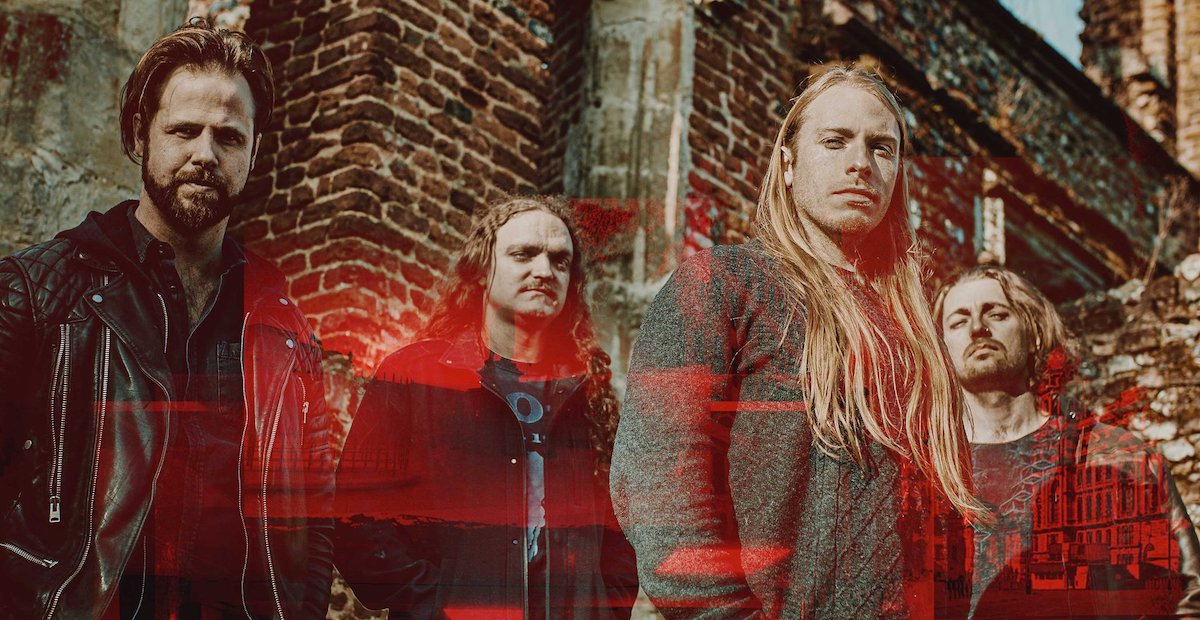 Cypher16 were due to be out on tour in Scandinavia in May, which has now been pushed back to the same dates in 2021. We don’t really see live music returning on any large scale until 2021, so rather than risk rescheduling for later in the year it seems sensible just to write off any touring in 2020 altogether.

We have released a few play-through videos and song tutorials, which we haven’t done before. The band is actually in the fortunate position of having an entire album ready, so we released the first single (‘Break’) in April, and are preparing to release a second song later this month. As there isn’t much touring happening we’re most likely just going to continue to release songs for the time being. It keeps the band active, busy and relevant!

Watch and listen to “The Break” here.