Kraftwerk, the seminal electronic dance band from Dusseldorf, Germany, brought their multi-media “3-D” experience to the Bill Graham Civic for a show that was over two years in the making due to COVID delays. 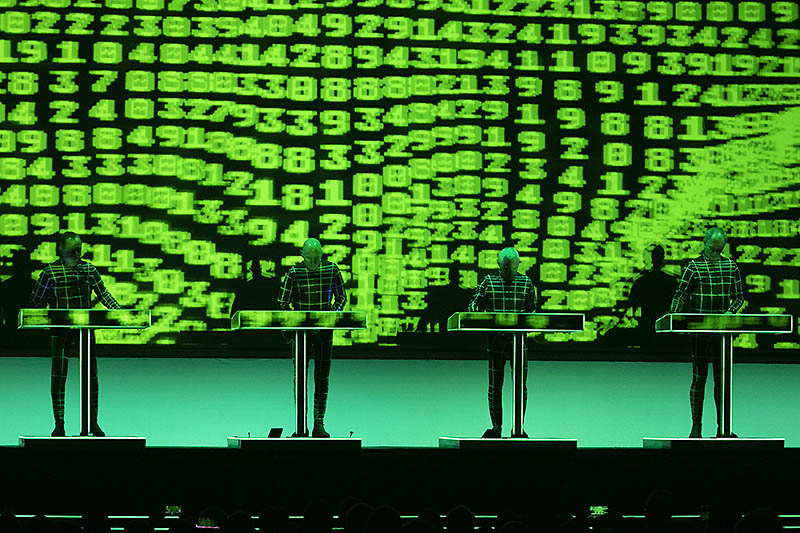 Currently consisting of founding member Ralf Hütter as well as Fritz Hilpert, Henning Schmitz and Falk Grieffenhagen, the pioneers of Euro dance music hit the stage donning Tron-style track suits and assumed their positions behind four ‘music terminals.’ The effect was more akin to a stage setting for a political debate than a dance concert with each performer virtually stationary behind their respective podiums. 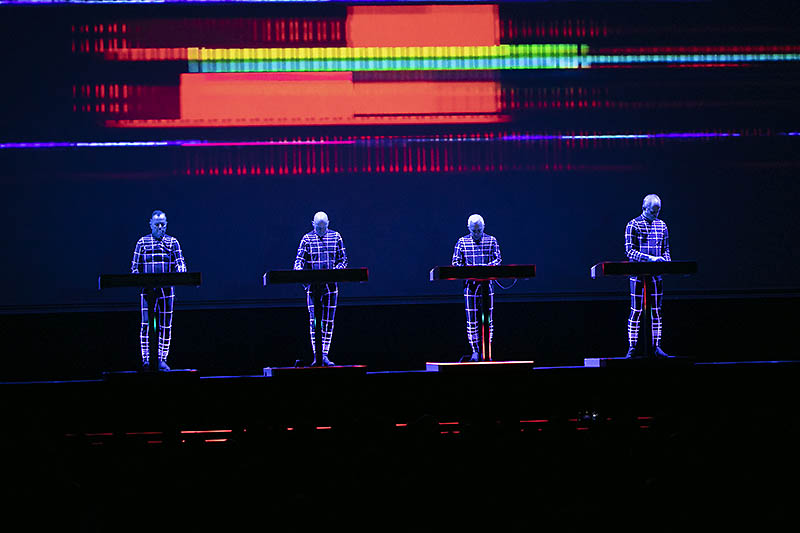 The theme of the show was ‘Kraftwerk in 3-D,’ with 3-D glasses being handed out to all in attendance to help bring the immersive video projections to life. The music – classic minimalist Euro dance grooves which influenced all facets of music in the 80s and 90s – served as the soundtrack for the visuals which came to life when wearing the specs. 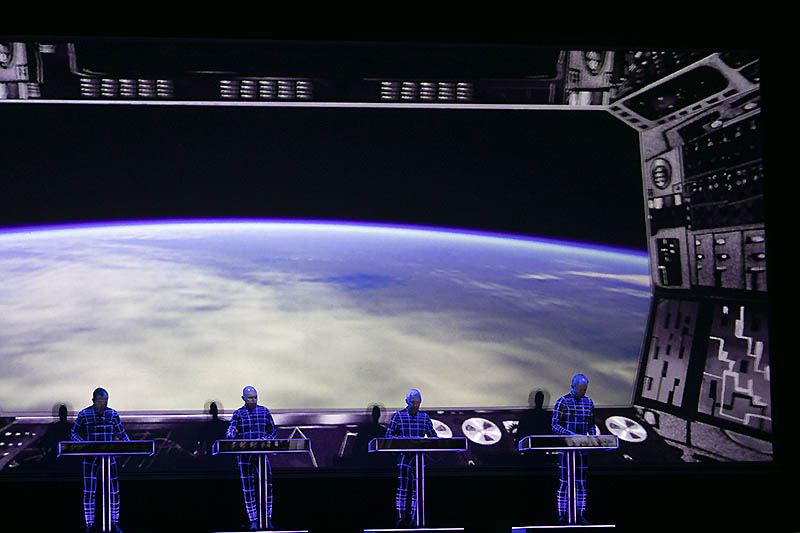 Though the 3-D video effect was hypnotic at first, after a while the novelty of the churning videos wore off, and the end result fell a bit short of the hi-tech intent. In this age of the augmented reality meta-verse, this version of 3-D felt sort of like a technological retro-gimmick.

This shifted the focus to the music, which has always been the key draw of Kraftwerk. Their combination of stripped-down beats with waves of synthesizers layered over the top, and repeated vocal phrases and samples interwoven has been their hallmark since they started back in 1970. 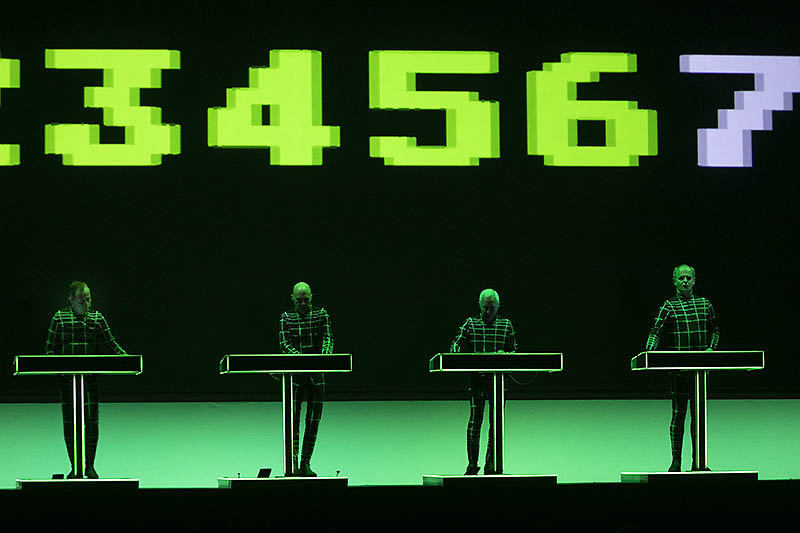 However, the music too eventually seemed more 2-D. This was mainly because there was a lack of musical performance and dynamics. Musically, it was impossible to tell if Kraftwerk were performing at all. Being that they stood still behind their podiums, fans were unable to see if they were playing or doing their taxes. 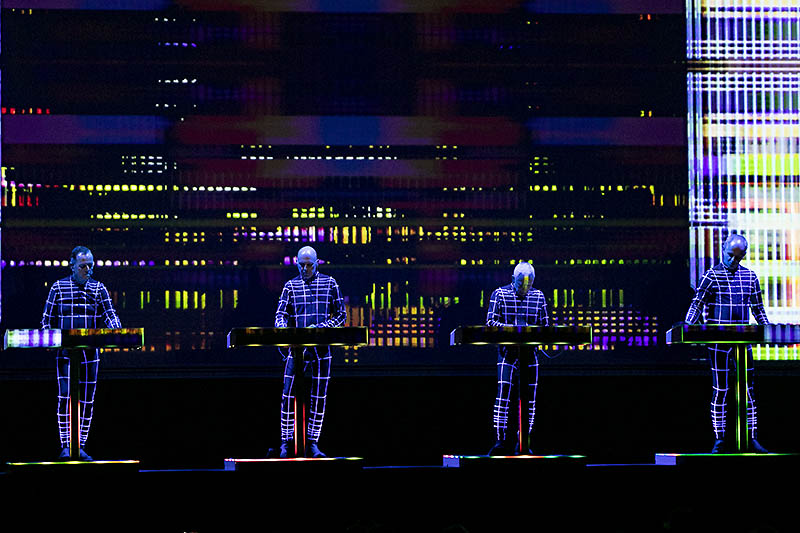 With no instruments being played and no real interaction with the band, the musical presentation eventually came across as being rather flat. They could have been DJ-playing their tracks and the crowd would not have known the difference.

Further, with the crowd wearing 3-D glasses it created more of an isolated concert experience. While there was a good amount of dancing, it was more similar to being at a silent disco, with fans in isolated bubbles rather than interacting with each other. 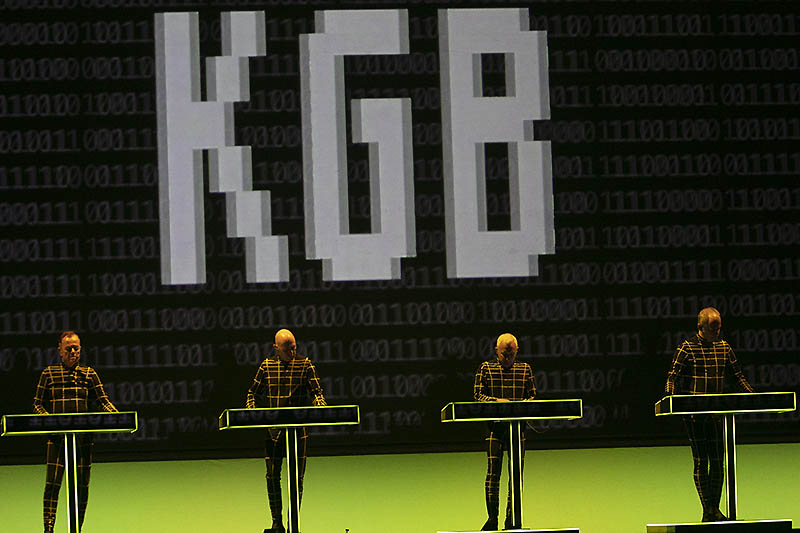 All that said, the Kraftwerk catalog of songs held up for a nearly 2-hour set, and their fans were loving it. 1982 dance floor staple ‘Tour De France’ lit up the crowd as soon as the first beats and the signature keyboard melody hit the atmosphere. Though the vocal lines delivered by Ralf Hütter were slightly flat, the crowd moved in unison, as a swaying human ocean wearing 3-D glasses. 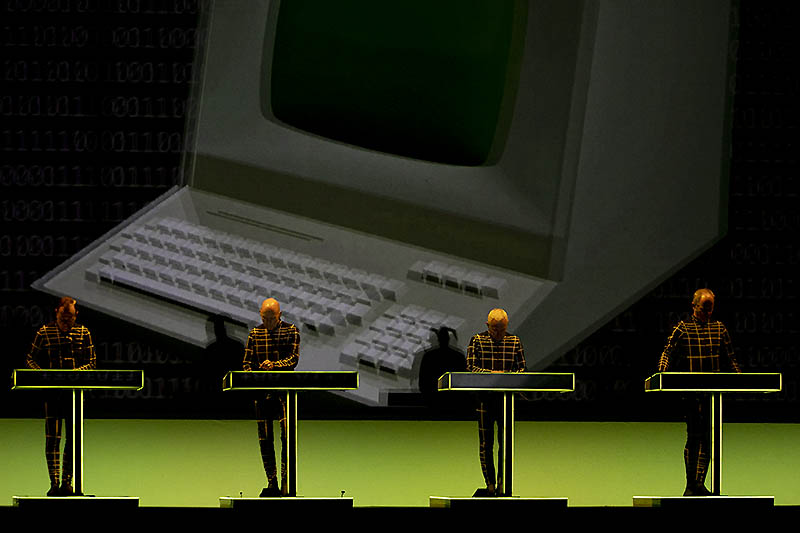 ‘Trans Euro Express’ (from their 1976 album of the same name) took on a darker tone with the black and white image of a train slowly pulsing to the beat behind the crew. The keyboard beat and computerized vocals of this track has influenced music in places Kraftwerk never imagined. From hip hop pioneers Soul Sonic Force sampling the grooves into their early 1982 underground banger ‘Planet Rock,’ to electro-funkateers Zapp taking the vocal effects baton to the next level with the use of the talk box on hits such as ‘Computer Love,’ to the current and incessant use of auto tune on today’s pop songs, the fingerprints of Kraftwerk can be seen all over the music landscape. 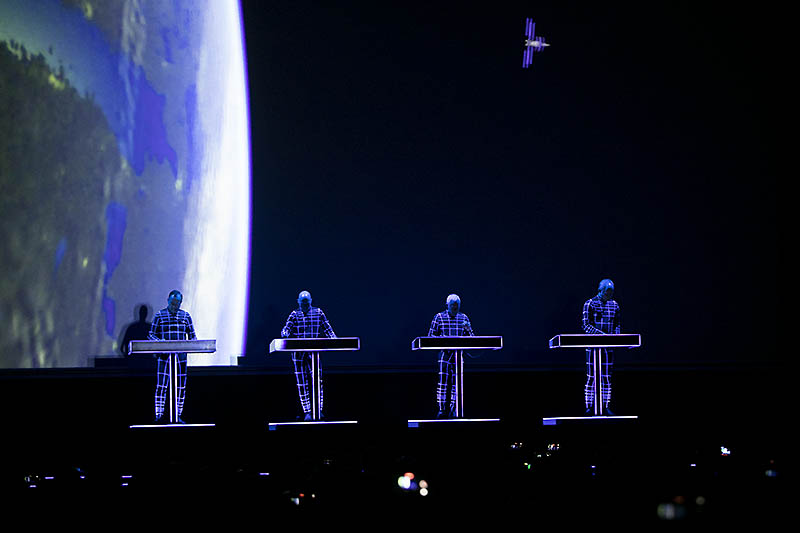 While it was quite the spectacle, and fans captured it all on their phones for social networking posterity, in the end it was kind of like re-watching Star Wars after not seeing for a long while. It was still entertaining and definitely nostalgic, but surprising in how low-tech it now appears.

Regardless, the fact is that Kraftwerk are godfathers for the electro music blueprint that has permeated mobile devices worldwide. It was fitting that they closed the evening with ‘Music Non-Stop,’ as some 50 plus years later that is the Kraftwerk truth, and there is no end in sight.