It’s rare for rain to be an issue at outdoor concerts here in the North Bay, but this year Death Cab for Cutie pushed the dates back more than usual with a make-up date from a show originally scheduled in September. And this year, after years of a deep and long drought, we are now suddenly facing an exceptionally strong storm system. The performance came just as the lead edge of this monster was introducing itself. And while there was rain ranging from mist to light and steady, there was not yet the high winds and torrents of rain we would see later in the night. And for those who turned out for this show, it was well worth the effort. 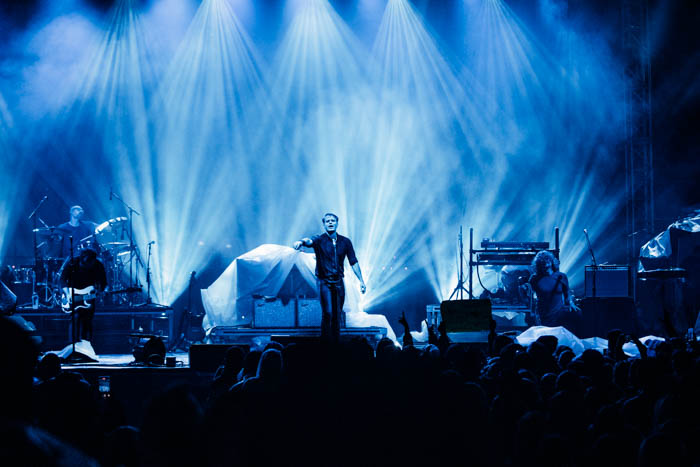 As Death Cab for Cutie took the stage, the rain picked up a bit and they immediately launched into what is likely their best known track, “I Will Possess Your Heart” and proceeded to cruise throughout their lengthy recording career.  There is an elegance to DCFC songs that is irresistible. There are the unmistakable vocals of Ben Gibbard, the great musicianship of the band, and there are the arrangements. And all that we’ve come to love in this band and this music was elevated to its proper status in the live experience. The sound was pristine and from start to finish it was a flawless and exciting ride into the night. All of it good, but there were times that were absolutely breathtaking. Dizzying and wonderful. 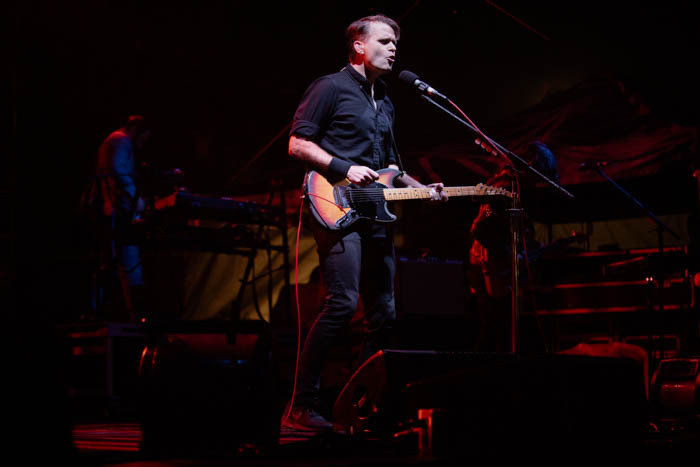 The staff and crew at Oxbow River Stages have done a great job. The staff was helpful and courteous and it was a pleasant surprise to be offered a rain poncho as I entered. Nice touch. This show marked the end of this season and we all look forward to what they bring next year.

Opening the night was LA based Illuminati Hotties, a project fronted by producer, mixer, and audio engineer Sarah Tudzin. While their set may have felt a bit unfocused and loose, there were points along the way that made strong connections with the crowd. It likely didn’t help to build momentum with a longer than usual amp problem early in the set, but in the end they had given the crowd plenty to prime their ears.

Here’s a slideshow with more photos of Death Cab for Cutie by Tom Dellinger: