Fans attending the Sparks show on a recent Saturday at The Warfield had a lot to be excited about. Some arriving for the sold-out show had been fans since the band’s first album in 1971; some came on board during the band’s Italo-disco inspired late ‘70s / early ‘80s output; some became enamored with the band’s new wave mid 80s material, and some are recent additions to the fanbase – either from their less traditional recent work or from having seen the Edgar Wright documentary on the band released just last year. 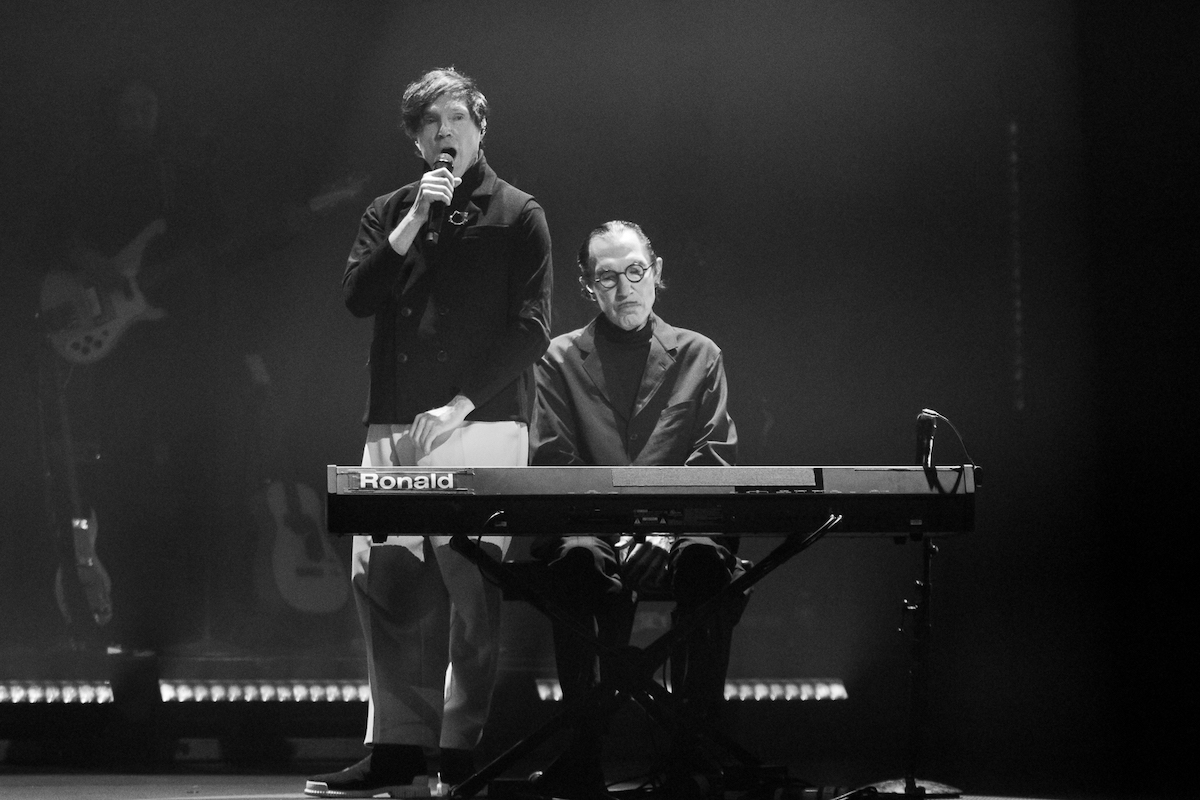 The first lyrics vocalist Russell Mael sang were, “So, may we start?,” which isn’t merely the opening song of the film Annette, which the two Mael brothers wrote, but also felt like a sarcastic way of addressing audience members still finding their seats and getting drinks after the Mael brothers and the rest of Sparks took the stage. In other words, classic Sparks. 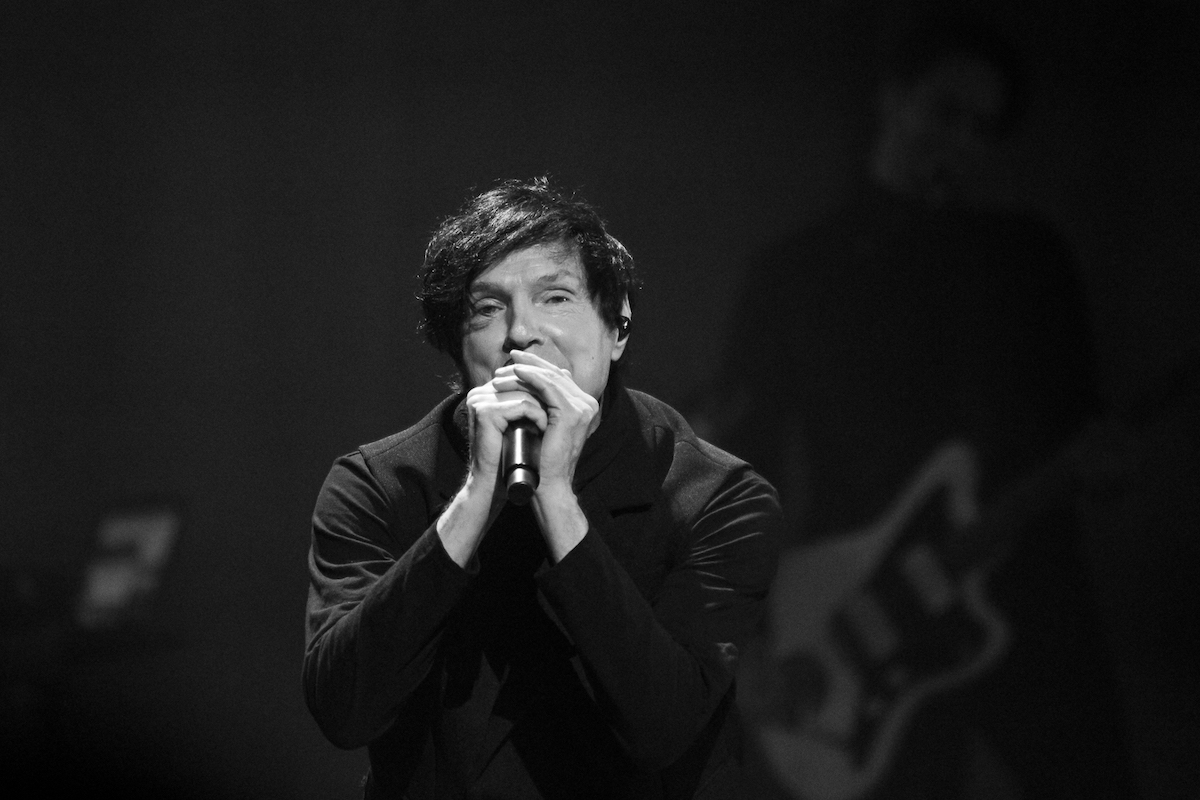 To drive the point home, Sparks continued into the set by playing the title track from the 1982 album Angst In My Pants. The song tells the story of never being satisfied, whether you are learning to tie knots or taking Dramamine out on your yacht, culminating with the repeated refrain, “I’ve got angst in my pants.” Despite the song being about being permanently empty, the song felt like the true triumphant start of the set. 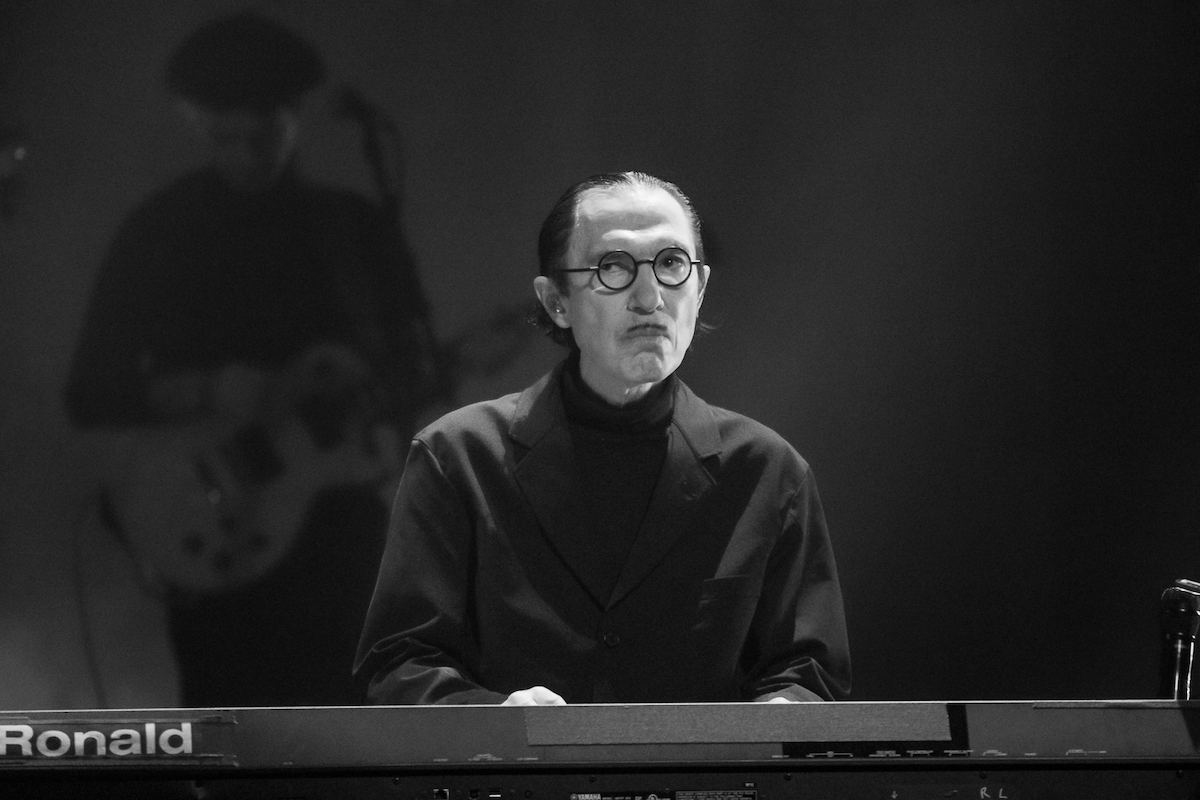 What followed was a career-defining set in the truest sense of the phrase. It would be easy to say it was so simply because they played material spanning from their very first single, “Wonder Girl,” to songs from their most recent album and the film Annette, but I say that because of the choice of songs in the set: if you like their ‘70s material, they have you covered. Lean more towards their ‘80s output? Don’t worry. Did you become a fan of the band since the new Millennium? Boy, will they play the songs you’ll want to see them play. 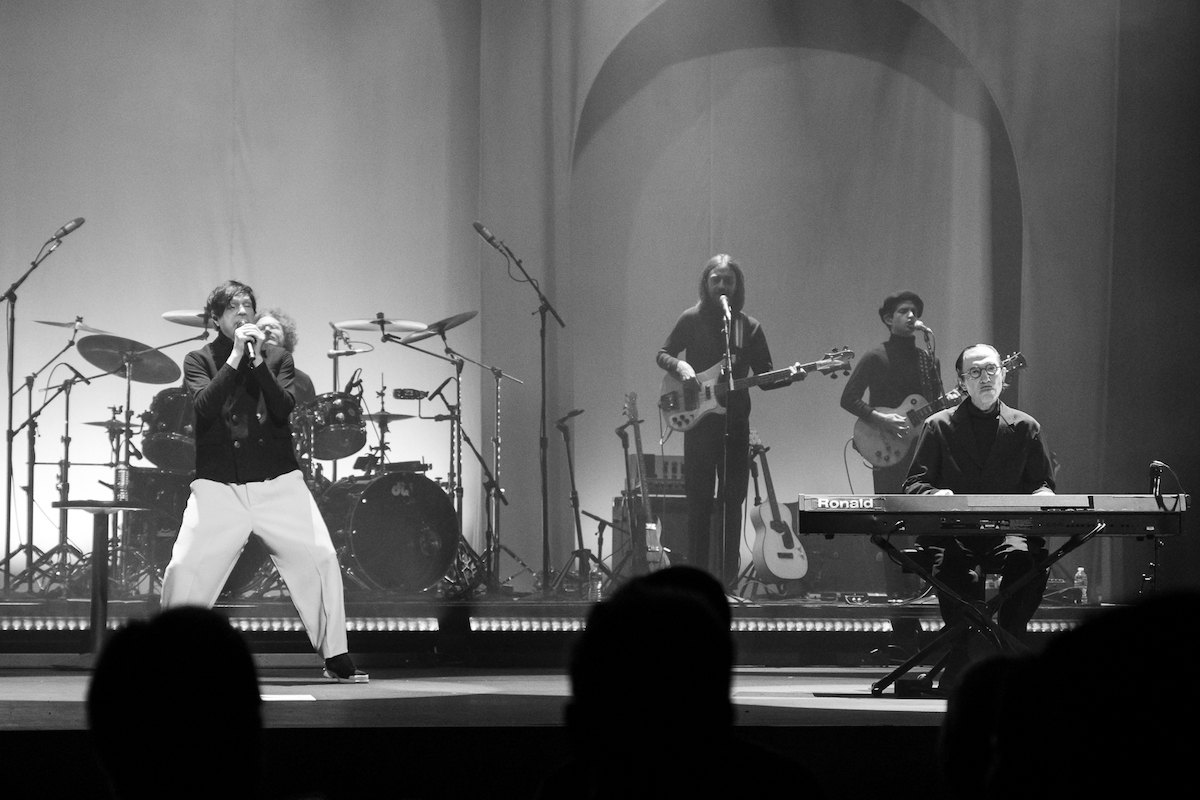 From having such a long career with albums that span multiple genres and shifts in tone, you would think that the set might have then been messy in some parts, but on the contrary, there wasn’t a single song that felt out of place. Russell commanded the crowd in a black jacket and baggy yellow pants, and trust me when I say that his voice hasn’t aged a day: he’s able to hit the same highs during “Under The Table With Her” and “This Town Ain’t Big Enough For Both Of Us” that he was able to nearly 50 years ago. And Ron was, well, Ron – sitting composed and stiff for the majority of the show, occasionally standing from his keyboard to either provide vocals or, during the climax of “The Number One Song In Heaven,” doing his own unique brand of dancing around the front of the stage, giving Russell a run for his money as to which Mael brother has the best dance moves. 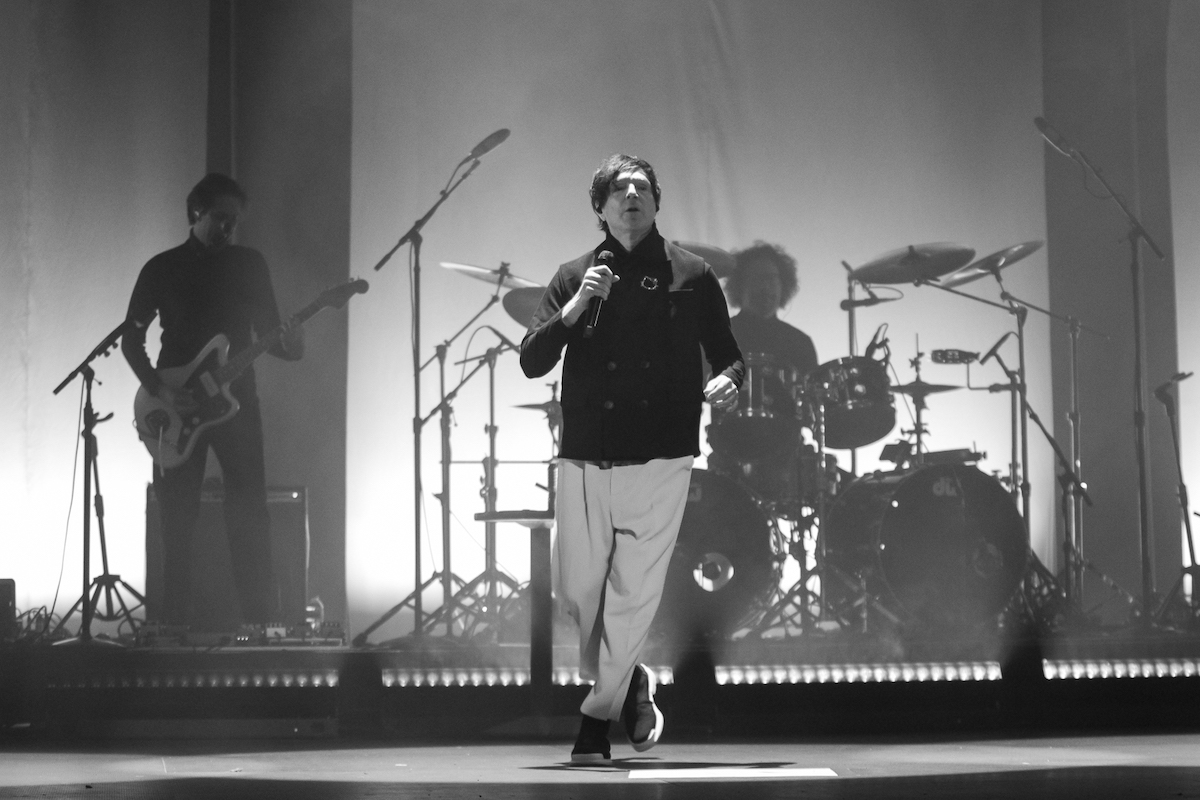 The highlights of the show for me were the two songs that they performed from the often-overlooked 1986 album Music That You Can Dance To, performing both the title track and “Shopping Mall Of Love,” the latter of which saw Ron taking lead vocal duties. Both songs haven’t been played live since they performed the album once in full in 2008, and maybe it’s because of the songs being such surprises that they ended up getting some of the biggest reactions from the crowd, with over half of the audience getting up from their seats and, well, dancing to “Music That You Can Dance To.” It made me feel like I need to go back and revisit that album. 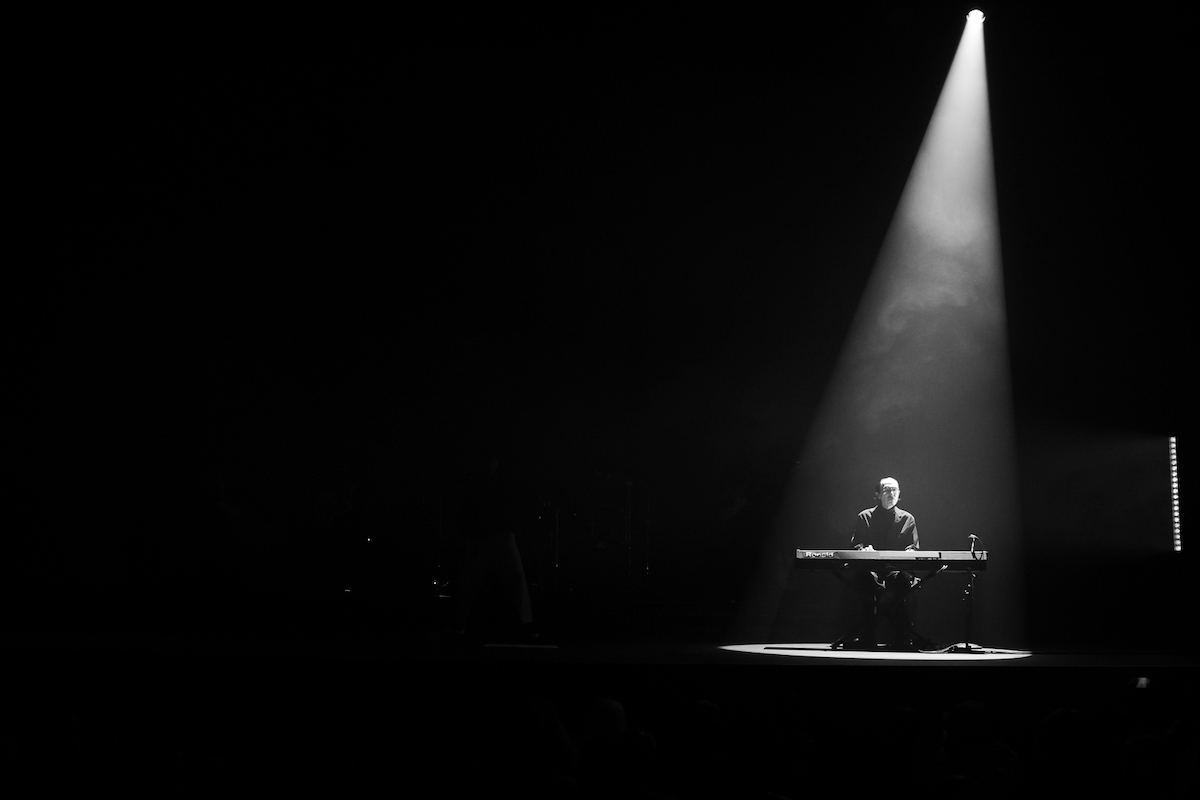 With the recent Sparks renaissance, interest in the band is at an all-time high, with Annette and the Edgar Wright-directed documentary The Sparks Brothers helping to push the band further into the spotlight than they’ve ever been before. I feel that the time has finally come for Russell and Ron Mael to get to sing “My Way.”

Tyler King is a Bay Area native who has attended hundreds of shows since his first concert at the age of 15. A musician himself with a post-punk project called Vio\ator, Tyler also has a YouTube channel called NuReview, where he shares his passion and views on both contemporary and classic synth pop, new wave, and post-punk.