On the same day as the release of their sixth studio record In The Spirit World Now (which is also their debut on Relapse Records) Rohnert Park-based post-punk band Ceremony celebrated by hosting their record release party at August Hall in San Francisco, and proceeded to rip the roof off the venue. 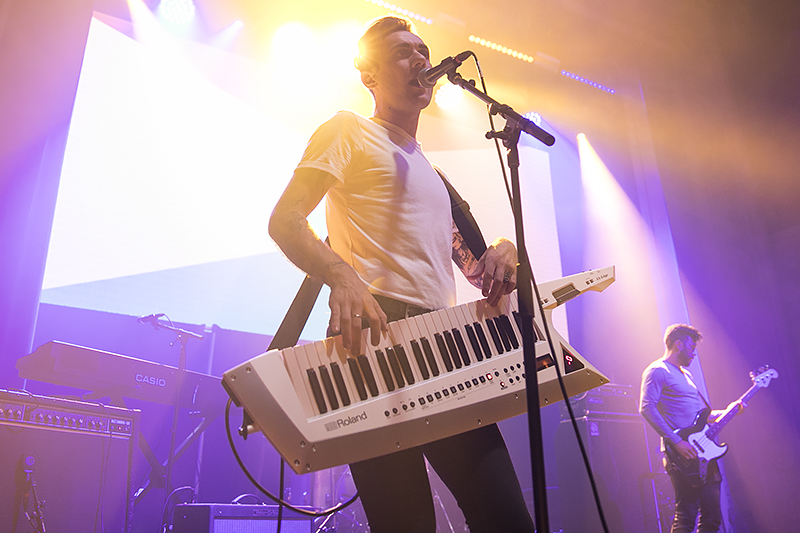 The band opened their set with “Turn Away the Bad Thing,” (with guitarist Anthony Anzaldo on the keytar) the opening track of the new record, and from there they tore through a setlist that touched on much of their back catalog. 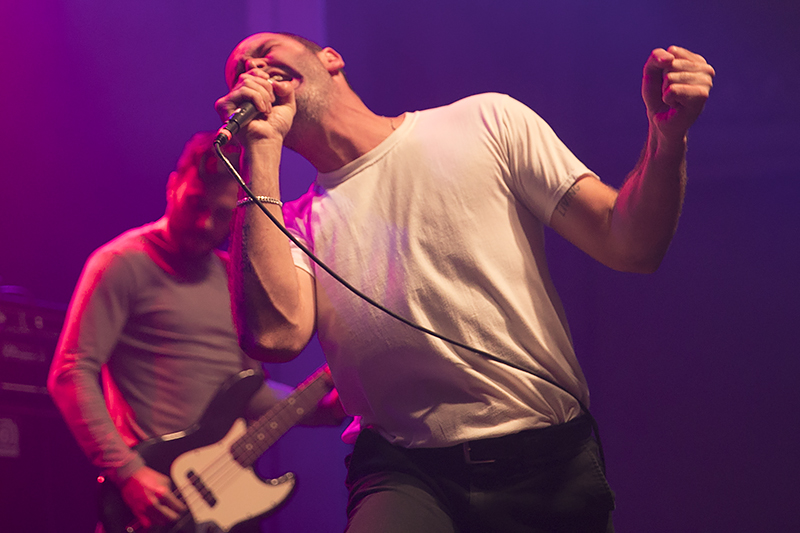 Trading the keytar for his guitar, Anzaldo struck the opening notes of “Open Head,” and when vocalist Ross Farrar gave the 1-2 count, the crowd went nuts, with the first couple of rows exploding into a sea of bodies and stage divers. From there the band kept up the frantic pace, even with a stripped-down version of Gary Numan’s “Cars.” 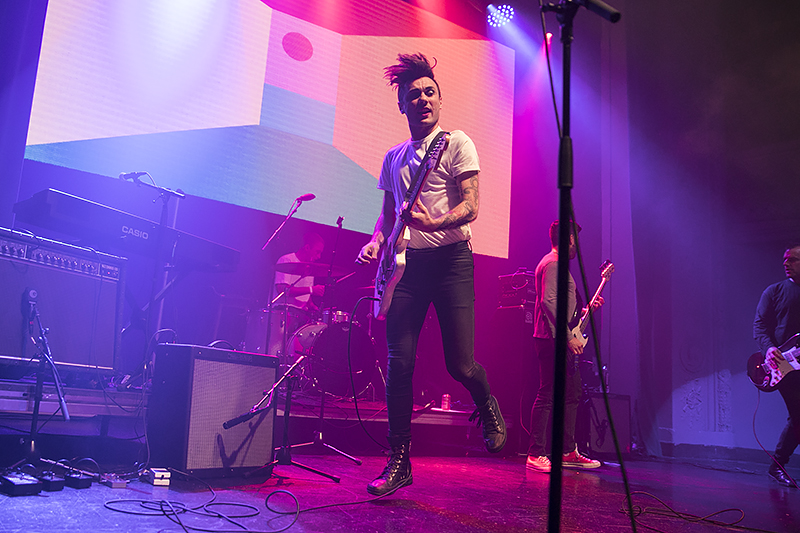 Ceremony did play a few songs from the latest release, and highlights included “Presaging the End,” “In The Spirit World Now,” and “From Another Age.” They wrapped up their set with both “You’re All the Same” and “Kersed,” while undoubtedly leaving their fans wanting more. And with the new record under their belts, it looks like they will be delivering.

Supporting Ceremony on this evening was Pennsylvania four-piece Pissed Jeans, whose sonic hardcore/post-hardcore noisy guitar driven sound had the crowd up to the front of the stage early into the evening.

Here’s a slideshow with more photos of Ceremony and Pissed Jeans by Raymond Ahner:

Find out more about Ceremony on their website.   https://www.ceremonyhc.com/