The 2020 mantra: It’s the end of the world as we know it and nobody feels fine. Live music has been crushed. Has anyone been to a show that would allow for social distancing? What about a mosh pit? With venues closing and performers unable to do more than live stream or make solo videos, the music scene feels grim.

SF Sonic decided to check in with performers to find out how they’re handling these difficult times. We will be running a series of these posts so that you can find out what’s happening and check out some links to hear some music. This is installment one, here we go. And if you can spare some change, support your favorite musicians here through purchasing merch and music.

Me First and the Gimme Gimmes (Spike)

Spike, Me First and the Gimme Gimmes (Photo: Raymond Ahner)

I should be in Oberhausen, Germany playing a show right now…I guess I should count my blessings! All of my tours have been cancelled, “postponed” or “rescheduled” for 2021. We have some dates on the calendar for Oct./Nov./Dec. but at this time I am not holding my breath.

This primitive being has discovered the joys and challenges of live-streaming. Since I can’t get within six feet of any of my bandmates and it’s hard to sing in an N-95, I am for the foreseeable future a one man revue.

Other people’s music and sartorial flair!

Check out Me First and the Gimme Gimmes here.

All of the touring plans for this year and even some into 2021 got shut down pretty quickly. It especially made the release of my single “Reign in Fire” very difficult, as it came out right around the beginning of the covid 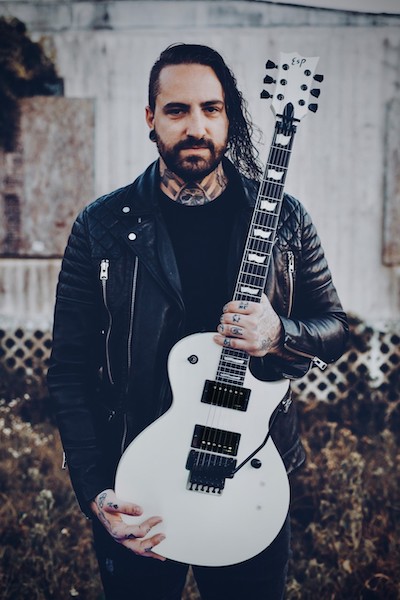 pandemic. Hopefully we can all get out of this sooner than later.

Well, with every negative comes a positive, right?! So, with the abundance of time on my hands, I’ve dedicated most of it to writing new material and focusing on music that maybe didn’t get the attention it deserved when things were busier. Finding motivation on a daily basis can be tough though, so each day is a new challenge.

Interestingly enough, keeping up with my fanbase has been great. I have been doing several Live Videos through Facebook and other platforms and having a great time doing them. My biggest thing is just to try and keep the mood light and bring some heavy metal into people’s living rooms!

Listen to “Reign in Fire” by Bobby Keller here. 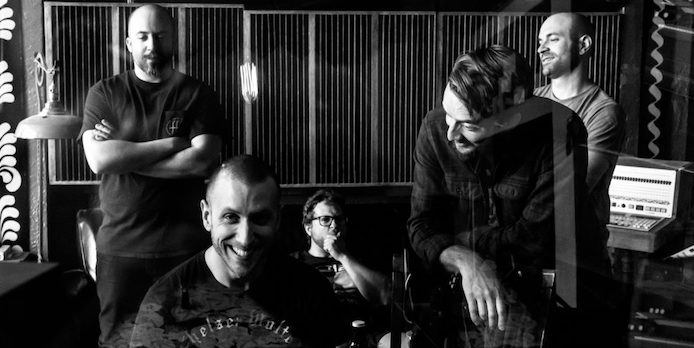 Unfortunately we’ve seen dates drop all the way through the summer, as we’re sure most of the touring world has as well. Rescheduling hasn’t even become a part of the conversation as of yet. While we’d love nothing more than to be back in front of an audience, we’re personally treading softly for the remainder of the year. If medical advances prove otherwise we’ll be booking as immediately as we can, but for now it’s health and safety above all else.

It’s been somewhat difficult to remain collectively creative during all this. Our rehearsal space has been closed for obvious reasons, so we’ve all been working on things remotely from home for the time being. Definitely itching to get loud and fire up the amps again. I’m sure when we do we’ll have a lot to write about.

Currently we’re in the midst of a release cycle, so we’ve had a decent amount of content waiting in the wings for this time anyway. Some live videos. Some music videos. Definitely feels good to have a prepared push behind us right now. As things slowly open back up, the plan is to hit some live streams. We’ve been talking about curating some shows for people to watch from home, but again all that will come with time. Need to see where the world is at first.

Find out more about Lesser Glow on their website.

We’re one of the many bands that have faced COVID-related tour delays & cancellations. We had to lose 5 shows on our last tour and come home early, as we were out on the road when the US began to shut down. We had a ton of plans for the summer and the end of the year, all of which were either cancelled or moved to later dates. Thankfully, we weren’t hit as hard as some of our peers, as we were already on the tail-end of our last tour as opposed to just starting it. Bands in our scene are typically ‘spent’ when they go into Day One of a tour, as they use up a lot of financial resources for merch, production and various other expenses; and being left with no clear way to recoup that investment can take a huge toll on bands of any size.

Personally, I (Brian) have been focusing on other non-music related projects at home while working to promote our new record that comes out on June 5th. Getting to focus on other things in life has been kind of a blessing in disguise, and I plan on returning to touring & songwriting with more motivation & excitement than I would’ve had otherwise. It’s important to keep moving forward regardless of what’s going on around you. I’ve found that sometimes shifting your attention to other aspects of your life is the best way to inspire creativity and stay positive.

We recently started making a weekly newsletter for our fans to keep them posted on what’s going on in the Currents world. Other than that, we’ve been trying to stay in contact through social media & live-streaming events. This pandemic has opened some new doors for interaction and made things like live-streaming much more viable. We’re excited to see what comes of it and new innovations that’ll likely be made in the foreseeable future. We aren’t going anywhere and we’ll continue to stay in touch with new & old fans, even if the way we interact has to change a little bit for now.

How has the pandemic affected your touring?

IMMENSELY! We were gearing up for our big U.S./Canada Summer arena tour with Rick Springfield and Chicago but just got the news that the tour is postponed. Huge loss for all of us. Dauzat St. Marie will certainly get back on the road as soon as it is safe to do so, but we are sobering daily to the likelihood that it won’t be until 2021.

We are just emerging from a year-long forced shut-in due to Heather’s breast cancer battle, so our creative juices were already in HYPER DRIVE. This new virus shut-in will not stifle our creative progress whatsoever. We’re currently using the time to get ahead on studio recordings, working on music videos, and filming live performances for future release.

Instead of sitting around waiting on this mess to clear up to release music when we can actually tour to support it, we are doubling down by increasing our music output entirely. We plan to begin releasing new singles every 4-6 weeks. Additionally, we have begun doing live streaming performances, which we had very rarely done in the past. It is a cool way to interface with our fan base. Nothing will ever replace in-person analog live shows for us, but second best will at least get us through these tough times.

Listen to “Where Were You” by Dauzat St. Marie here. 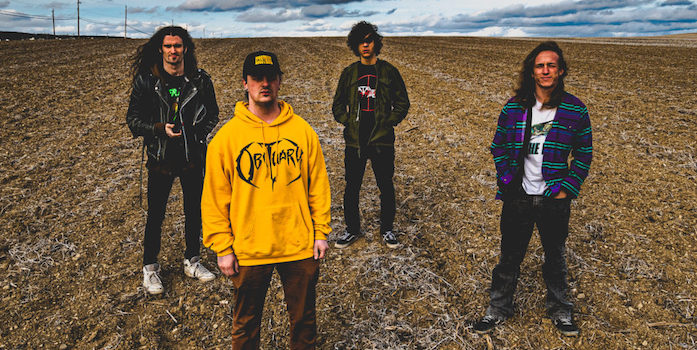 Well we were supposed to have a tour with the band Subtype Zero in June for our album release but the pandemic has obviously put a squash to that. Hopefully we can pick back up touring either in the fall time or as soon as this is all over.

We’ve really just been trying to play a lot and whatever ideas come our way just record them to hope get used in something.

Well I guess with our album coming out we have been really push that to our fans. Thats definitely been helping keeping the interest there.

Find more info about Paralusis on their Facebook page.

That’s it for today. We will be checking in with a lot more musicians over the coming weeks so stay tuned.