SF Sonic decided to check in with performers to find out how they’re handling these difficult times. This is the fourth in the series, you can find out what’s happening and check out some links to hear some music.  And if you can spare some change, support your favorite musicians here through purchasing merch and music.

Destroyed in Seconds (Jon and Kyle) 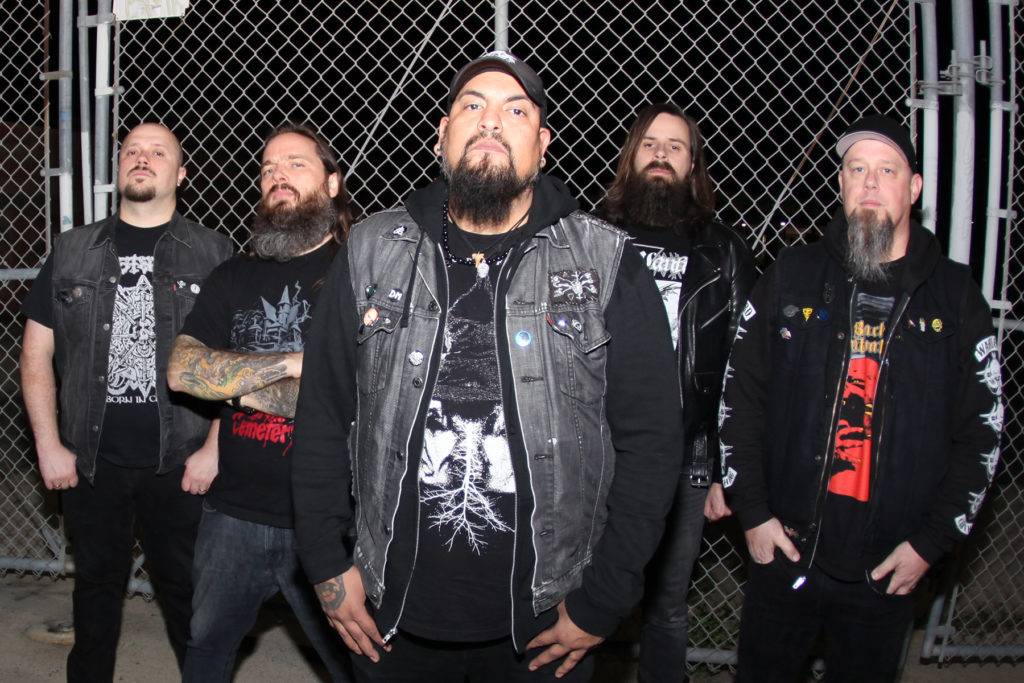 Jon: Our Europe trek to OEF has been postponed for next year. We had some out of town dates the week before Divide and Devour came out so we may and try to reschedule but there is just so much uncertainty of when any of that will happen. With the record coming out this year we were so excited to get back out there and unleash all this new material since it has been sometime since we have toured. When the time comes, we’re going to leave a trail of d-beat destruction and white claws along the way.

Kyle: Well, we’ve all been jamming a little bit on our own at our respective homes, trying to hopefully have some new material ready once we can all jam together again. Our guitar player Christian actually just recently put out a fun side project he dubbed the “Quarantine Shred 2020”. He basically laid down a death metal backing track and had a bunch of rad guitar players, bass players, and more, lay down some face-melting solos over. It features a bunch of our friends (and 100% certified rippers) like Matt Harvey, Wyatt Burton, Alejandro Corredor, and a ton of others.

Jon: I’ve been working on writing and recording new material for my other project, Plague Tower. It’s electronic/synthpop so getting to work on a completely different genre and vocal style has been extremely refreshing and therapeutic. As far as D.I.S. goes, I’ve been keeping a daily journal. Jotting down the craziness this pandemic has caused, the ongoing culture war, the rising death tolls which are very real along with the ignorance and overall stupidity that comes out of the administration supposedly running the show. Does negativity fuel my writing? Very much. I’ll probably have enough material and ammo to last me at least 3 albums with the current state of the world. Juices are indeed flowing!

Kyle: We actually put together and released a “new” recording, titled Live at Rec Center Arena, a couple weeks after our new full length Divide and Devour came out. We were supposed to have a record release show at our favorite DIY spot in LA, the Rec Center, but unfortunately that was cancelled due to everything that’s been going on. Since we couldn’t do the show, we thought it’d be kind of funny to make a fake live album instead, along the lines of ‘Slayer – Live Undead’ or ‘Kiss – Alive!’ We had a live set that we had recorded a few months back that we hadn’t released, so we made some choice edits and put it out the night of the record release.

Jon: The songs were originally recorded for a podcast, so we added rowdy crowd noise and all that. I guess we like to show our fun side time to time. People who know us personally know we don’t take ourselves too seriously so it’s not always nuclear hellfire, civil unrest and war atrocities with us!! You definitely get that vibe on the live album. Other than that we will be keeping a heavy social media presence as well as working on a video in the coming months.

Check out the live set here.

The Destroyed in Seconds Facebook page has more info. 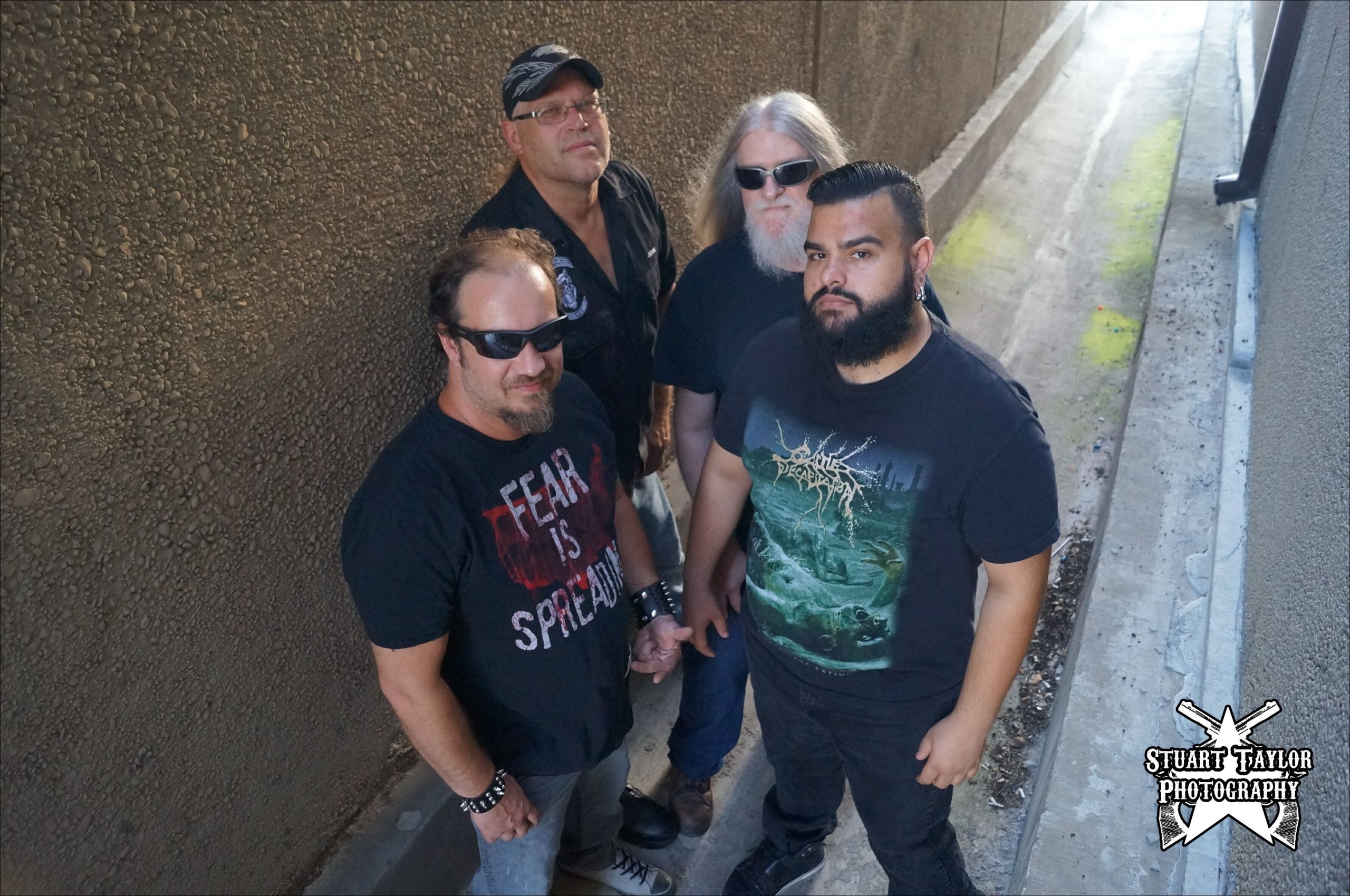 Like everyone else, we have been locked down, but based on our psychotic reactions, we will definitely  return with a vengeance.

We continue to write new music and horror stories about the new everyday reality.

We keep them interested by maintaining our mysterious altered presence while transforming them into werewolves.

Pray For Sleep (Reno and Grant) 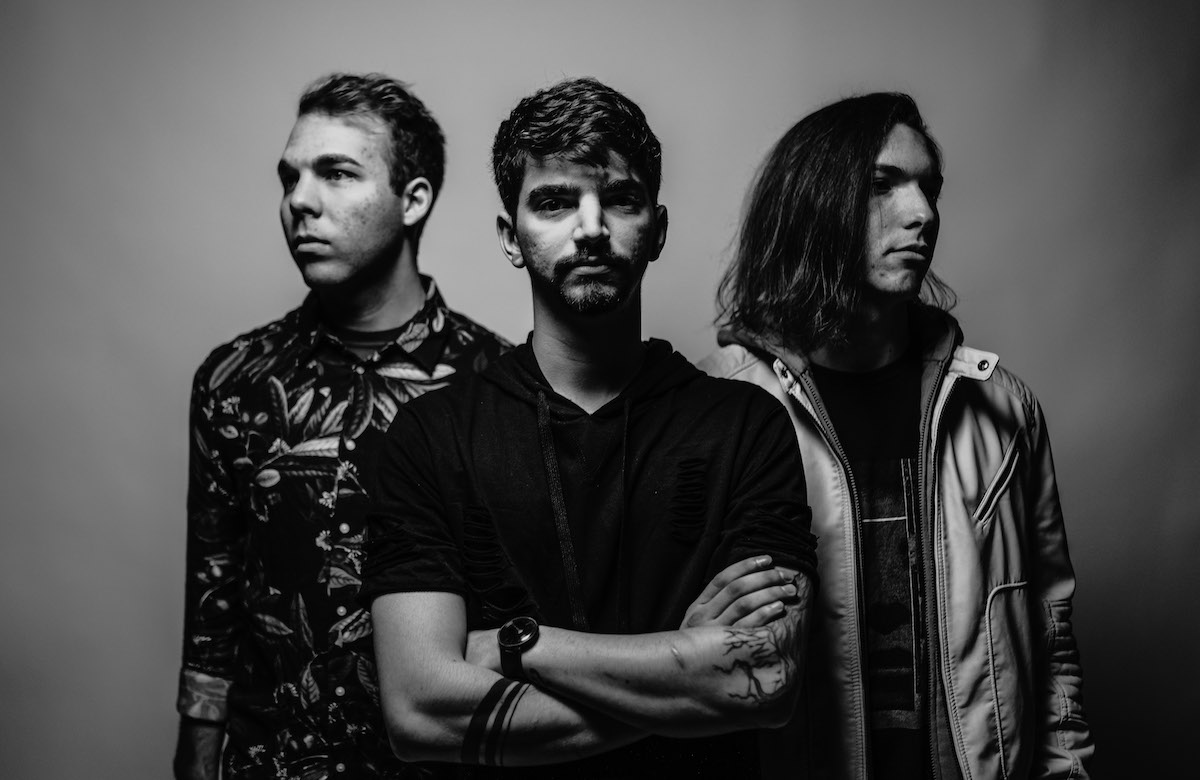 Reno: We have only had the chance to do proper tours a few times, as we are still a relatively new band. But we always set big goals for ourselves and want to push ourselves any chance we get. We had a lot of touring plans and even just local shows that have been cancelled and a lot of the hard work for those shows never really manifested into something. So, while it isn’t fun, we understand this is what needs to be done to keep everyone safe, which is what we care about most.

Grant: The pandemic and quarantine have effectively brought live shows to a halt at the moment, but we’ve been able to participate in a few streamed and recorded shows like the digital 320 Festival, produced by the Kevin Lyman Group and Talinda Bennington, where we played on their Instagram feed, talked about mental health, and shared our thoughts around Chester Bennington; the digital We Are the Majority rally (sponsored by Prevention Action Alliance); as well as an upcoming streamed show that we’re currently planning for June 5th. These have all been fun ways to stay engaged and performing while still being safe and aware of the demands of the times. On top of all that we’re still planning for the future, booking some live shows in the fall and hoping to start touring in earnest in the spring of 2021 when things are mostly back to normal. It’ll be our first stint really touring as a headline band so we’re really excited to reach that milestone and share those experiences.

Reno: Personally I have been practicing drums almost every day. I like to play along to songs from my favorite bands and have been learning more and more each day and challenging myself as a musician. Also, as a band we have gotten on Zoom calls and come up with song ideas and other things we can do to stay creative. We even made up a riff for a song over an Xbox Live party chat, which was really cool.

Grant: We have been writing and practicing on a regular basis, as well as listening to music from lots of different sources and drawing inspiration from the resources we have available to us through different forms of media. We have been looking at the way artists like Silent Planet, Oh, Sleeper, Periphery and others work unique styles and riffs into their music and the thought put into the lyrics. As well, we are all reading different material, whether it be articles on topics of the time or poetry or fiction or any other type of literature, to try and keep ourselves sharp and inspired.

Reno: Content first and foremost. We have done everything we can during this time to keep people engaged. We have released music, filmed videos, released new photos, done live streams, and so much more to make sure we keep people engaged but also let them know we care about them and want to show we care.

Grant : We released new music at the start of May and have been interacting with our fans through social media as well as streaming platforms to provide content and keep people engaged. That means doing a lot of the same stuff we did before the pandemic with keeping in touch with our fans and supporters. We are also doing more unusual things like streaming the band playing video games and doing Instagram live sessions and just hanging out and talking to the fans, getting to know them and letting them know us.

Watch “Blood Is Not Blue” by Pray for Sleep on YouTube.