It only took a couple songs for We Are Scientists to turn the Chapel into
a hot mess. The fog was dense and the lighting hectic. The band formed
around the year 2000 in nearby Berkeley, and frontmen Chris Cain and Keith Murray
still bring a ton of fresh energy and improvised comedy to the stage.
Murray joined the audience twice, making his way on top of the bar at the
back of the venue while Cain – claiming to be a licensed officiant –
“married” a recently engaged couple on stage during the ninety minute set. 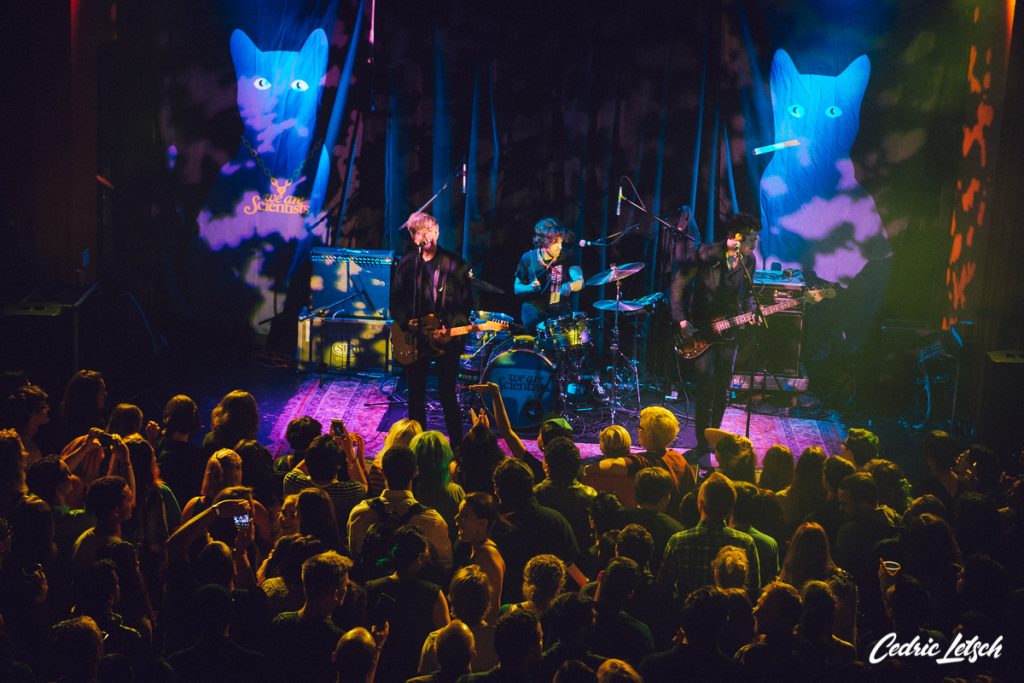 The common theme last night however was stealing. After the 4th song,
Cain and Murray realized that their setlists had been taken and had to ask
the fans to give them back to continue the show. When the band
briefly left the stage before the encore, a fan climbed on stage and
threw the drummer’s sticks into the audience, prompting the band to say
when they left the stage “please don’t steal our gear”.

Here’s a slideshow of photos of We Are Scientists by Cedric Letsch:

For more information on We Are Scientists, see their website.