The National, an indie band from Cincinnati played the Bay area in the majestic Greek Theater in Berkeley, on a cloudy cold afternoon, a perfect setting for The National. The band hit the stage with six new songs in addition to some old favorites. 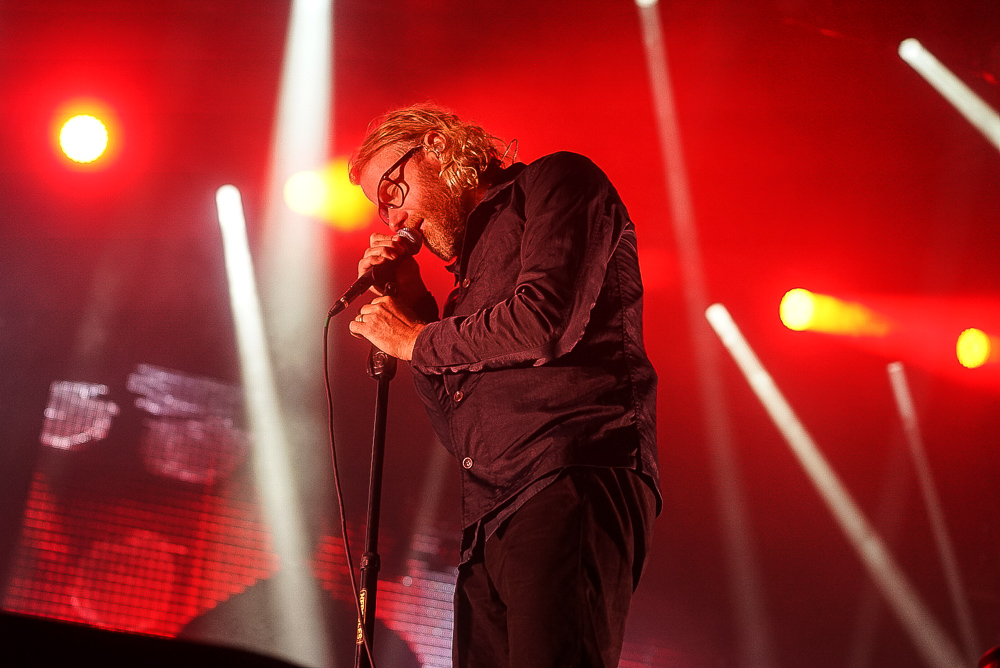 Matt Berninger constantly sounded raspy, as if the cold night contributed to his voice missing some of the high notes yet still playing a terrific set. Matt constantly joked around after each song, changing the names of the new songs that they are working on. Perhaps that’s the reason they haven’t finished their latest album. 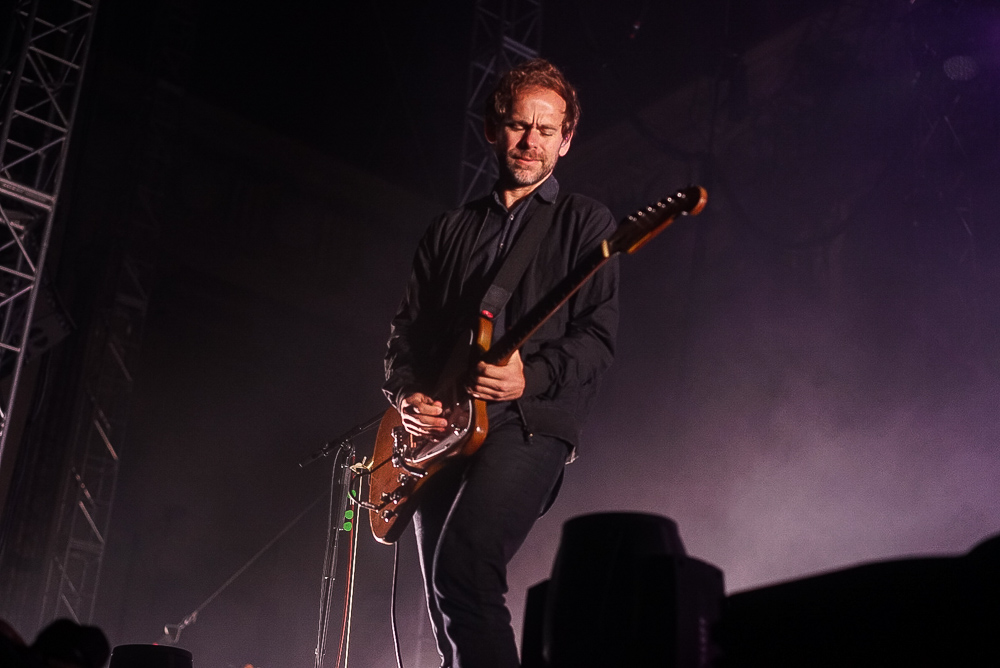 They peppered the set with the moody new material, running the gamut from slow burners (“Roman Candle,” “Prom Song 13th Century”) to mid-tempo rockers (“Sometimes I Don’t Think”) to “It’s Just the Light/The Lights,” the best fresh material of the night. The song built to a fancy finish, with soaring guitar work from Bryce Dessner that pushed the song higher without being overly flashy. 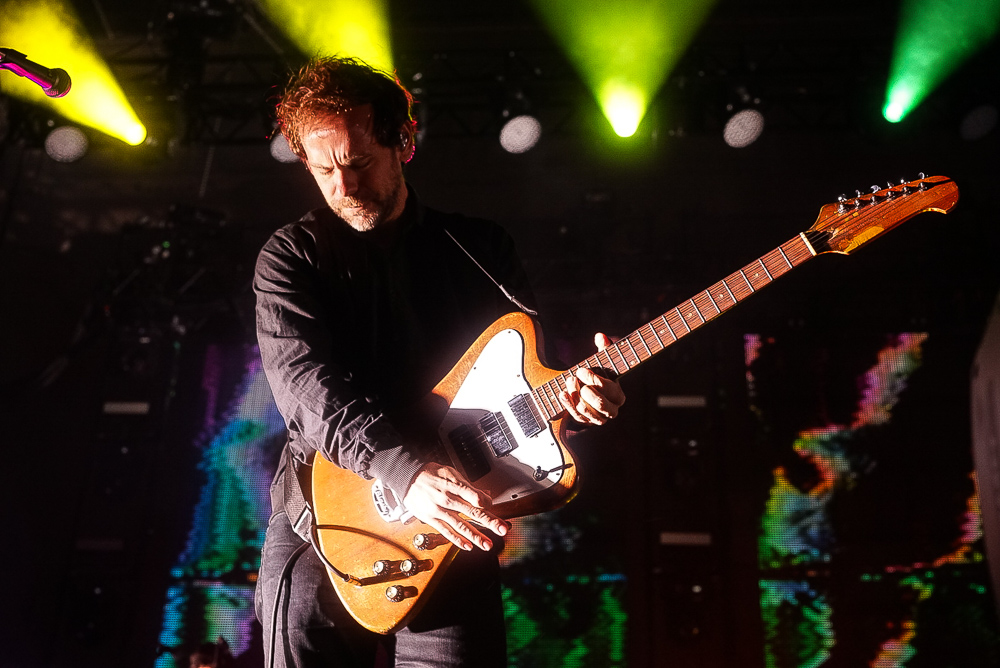 New material made up one-third of the show while older songs like “Mistaken for Strangers” “Sea of Love” and “Squalor Victoria” sounded terrific. The band also used a trio of vertical and rectangular video screens that show the group in action on stage and added to their perfect visual effects. 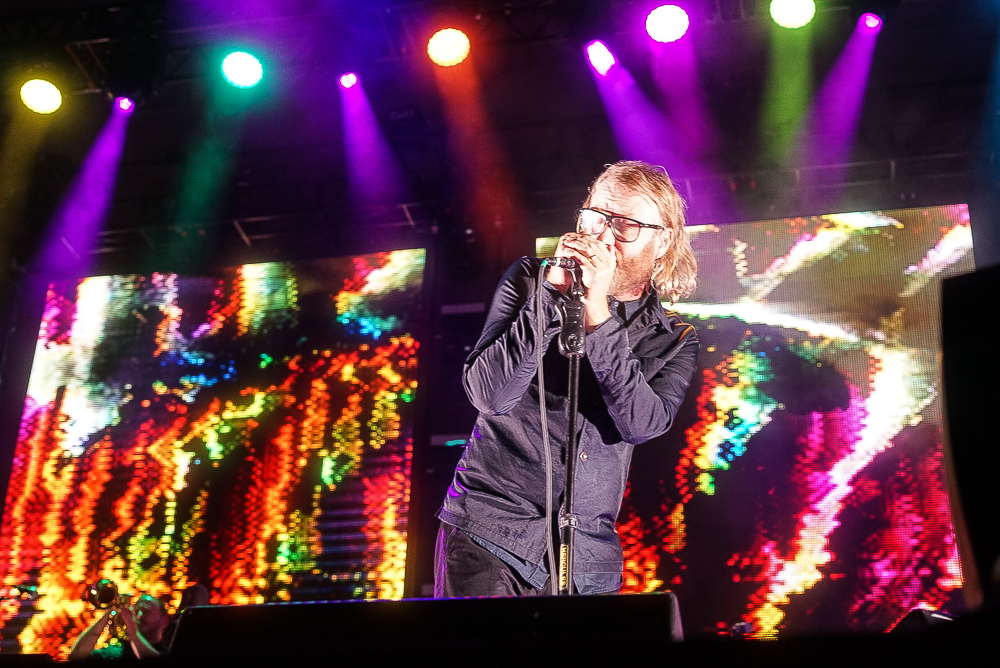 The set was reaching its end and The National finished with “Terrible Love.” At 11PM, Matt Berniguer announced that there was a curfew and they couldn’t perform more songs. It was the end of a memorable evening.

More information about The National can be found on their website.