Rock Against the TPP is a massive effort to sound the alarm about the toxic backroom deal that is the Trans-Pacific Partnership. Through a series of large-scale educational concert events, protests, teach-ins, and trainings, Rock Against the TPP is reaching thousands of people who haven’t heard about the TPP yet, and ignite a movement to stop it in its tracks. The tour is a partnership between viral internet freedom nonprofit Fight for the Future and Firebrand Records, the new record label co-founded by Ryan Harvey and Tom Morello. Rock Against the TPP came to San Francisco’s legendary Regency Ballroom on September 9, 2016. 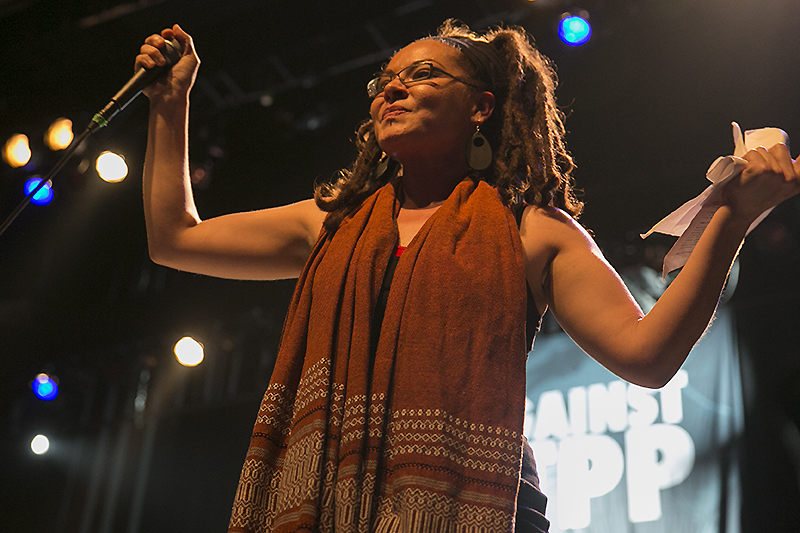 Rock Against the TPP host Raw-G has been featured in an interview in SF Sonic.

Here’s a slideshow of photos from the show by Raymond Ahner: