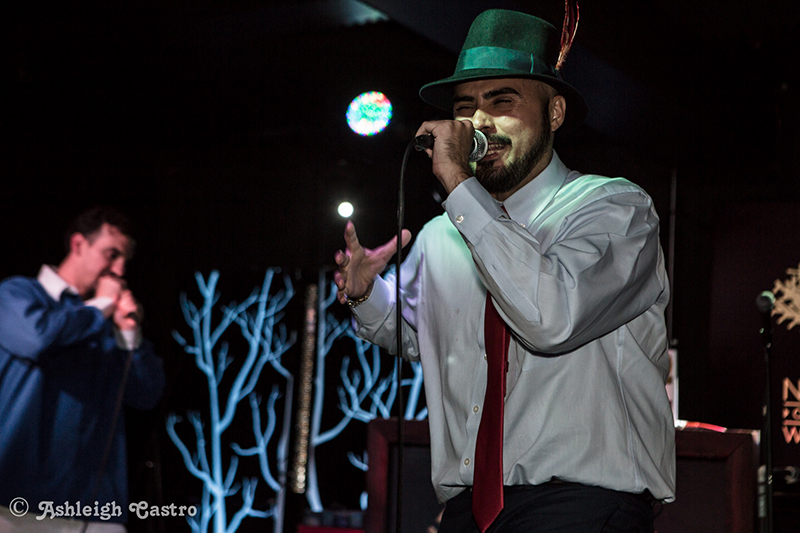 For those into heady beats and woke lyrics, GiGio’s Eye Am Not My Name is a steady set of inventive songs that inspire awareness and living on higher plane (you know, above the false reality in which we are indoctrinated to…); basically, GiGio is a Jedi sharing tales of being awake when others are asleep. He sets the scene in the Bay Area – a local heroes journey, a man on a mission to free minds. He underscores that even our name was not our choice. 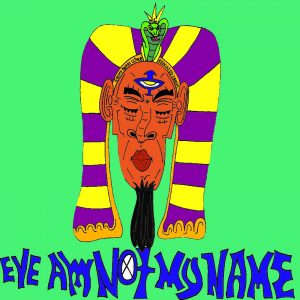 Released at his November tenth album launch show, GiGio invites over 20 artists consisting of emcees, singers and musicians to collaborate on his lyrics, which have been recorded over a burned CD of forgotten Jaymar instrumentals. The jazz and soul inspired beats are set in the cosmic underground and GiGio’s lyrics carry forth intelligence, shine light on true influence of passion and call for action. He shares the stage and spotlight, giving time and opportunity for rising local talent to capture attention.

The world of Eye Am Not My Name is flexible, wild, colorful and dramatic. It alludes to the cartoon characters he has created through his album artwork. GiGio spent years in the service industry working for FedEx, where inspiration to create this album came to light. After leaving his job, he committed to writing music and keeping the burned CD of Jaymar tracks alive. GiGio embraces being the best version of oneself one can be. “If you’re broke you can still dress like a player. I sold chickens to buy this suit,” said GiGio. He can be associated with being fresh.

The Jaymar tracks came to life with lyrics, and on the night of November 10th community hip-hop lovers gathered to hear the freshest from GiGio and friends. After months of planning, GiGio posed for pictures with friends and listeners, signed CDs, and showed SF Sonic the vibrant urban-spin of the hieroglyph inspired album artwork. The date of the show was on his mind for a while as he prepared for his Scorpio season birthday and the looming election.

Starting with the title track, Eye Am Not My Name keeps the rhythm flowing from start to finish; from chill melodic loops in “Eye Am Not My Name” to funky hooks in “Love What You Do.” The album will have listeners humming along while raising questions to oppressive political agendas. “Eye Need A Bath” has us rolling on the bar floor hysterically laughing yet “Photographs” may have tears rolling down the cheek of a sentimental heart. Deeply contrasting, the journey of GiGio’s recent masterpiece tells the tale of a genuine Bay Area artist’s soul—built with every ounce of GiGio and friends’ mind, body and spirit. This work is dedicated to spiritual growth. 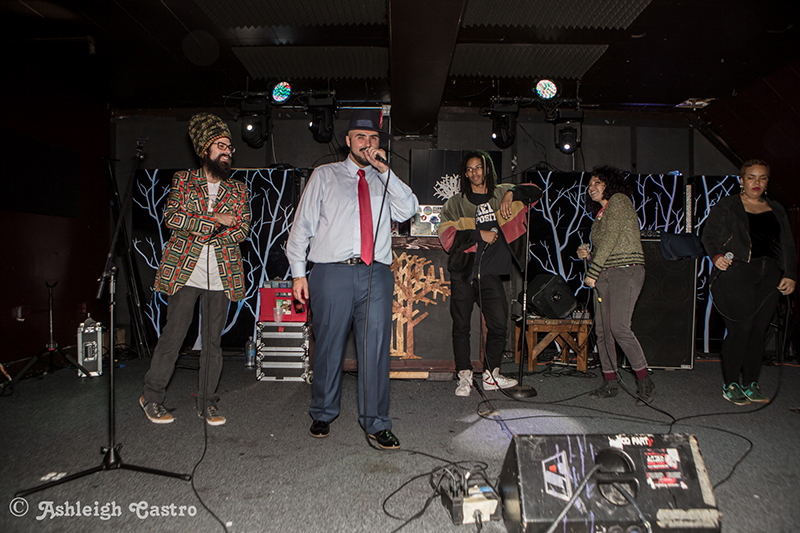 GiGio is a fierce yet gentle shamanistic spirit who uses music to share his own hardships and motions of grappling with existence. Poetic lyrics and choice beats make his music great. His spiritual timing—on point, as listeners craved musical therapy during such a politically intense period. To follow his Neck of the Woods show he toured to Washington and Oregon riding out the launch of Eye Am Not My Name. Readers can find GiGio frequently hosting Hip Hop ROTC (Return of the Cypher) at the Boom Boom Room on Sunday nights and among the Bay Area Hip Hop Community. He has performed in the Bay Area and Pacific Northwest, Vancouver and Japan.