Pumarosa are no strangers to the stage. With a former performance artist as lead singer and several years touring the live circuit without any substantial studio presence, Pumarosa was ripe for a fully produced album. The Witch is Pumarosa’s majestic achievement: a debut album that unapologetically declares the band’s unique, hypnotic sound. Filled with expansive soundscapes and poetic lyrics, the quintet has produced quite an epic introduction for listeners.

Fronted by Isabel Munoz-Newsome, Pumarosa’s sound is dominated by her impassioned vocals, ranging from ethereal chants to punk-inspired wails. Drummer and co-founder Nicholas Owen’s drumming lays a steady foundation to the album, providing both driven intensity and skilled restraint. The pair met and founded the group largely by chance; a chance that greatly paid off if the electric synergy of The Witch is any indication. 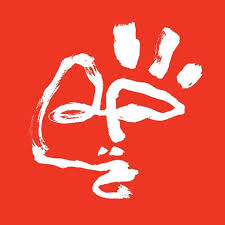 The opening track and personal favorite “Dragonfly” launches into the celestial sound that defines the album. Rolling bass and Munoz-Newsome’s soft croon crescendo into a chorus of layered guitar and synth that perfectly marries intensity with an impossibly cool groove. The upbeat, almost aggressive “Honey” follows, weaving dystopian lyrics onto a swirling punk backdrop. Stand-out “The Witch” undulates with ominous chords and soaring vocals, conjuring intense imagery of the mysterious title character.

“Priestess”, a fan-favorite from its single release, stands out as the album’s crowning achievement. The expansive seven-minute epic begins as a slow and steady burn with only a bass line and soft percussion to accompany Munoz-Newsome’s imploring voice. As the song builds, an irresistible marimba groove frames the haunting reverb of Munoz-Newsome’s chanting of “you dance, you dance, you dance”. The final minutes crescendo into a spectacularly percussive saxophone melody, tapering into an echoing, mystic conclusion.

Coming down from the cacophonous high of “Priestess” is the slow rumble of “Lion’s Den.” Seamlessly growing from hazy laments to an uproarious wail, the song further showcases Munoz-Newsome’s versatility as a musician. “My Gruesome Loving Friend” brings some delightful charm in all its floating, pop glory, while stripped back “Barefoot” leaves room for dreamy vocals and blazing guitar riffs. Glistening and synth-driven “Snake” rounds out the album. Creeping harmonies end the song, a perfect fit to an album shimmering with ominous tones.

Pumarosa have produced an undoubtedly impressive debut. From the haunting melodies of “Dragonfly” to the groovy “Red,” the quintet brings a refreshing perspective with their genre-bending, primal sounds. Irresistible and compelling, in less than an hour “The Witch” leaves listeners eager for another trip into Pumarosa’s psychedelic, cerebral world.