When Morcheeba’s first album, Who Can You Trust, appeared in the mid-90s, the downtempo beats, bluesy guitar, psychedelic effects, and, most of all, the silky voice on top started a ride to the top for the British trio. The trio that was Morcheeba – vocalist Skye Edwards and brothers Paul and Ross Godfrey – put their own twist on what was then called trip-hop, had some big chart successes and toured the world with supporting musicians to large crowds. Their first San Francisco appearance treated a sold-out Bimbo’s 365 in April, 1998 to the smooth sounds.

Fast forward twenty years from their first appearance and the trio is now a duo (with a backing band that includes both Skye’s husband and son), Edwards and guitarist Ross Godfrey, and the music they make is instantly familiar but fresh. At times more minimalist, at times more rock-y, at times more 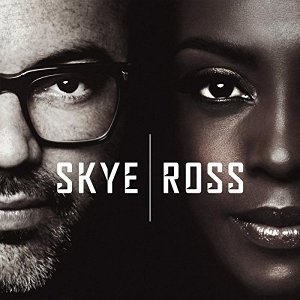 folk-y, the vocals and guitar are a constant reminder of where Skye and Ross came from. The guitar has that same deep but almost twangy sound, sometimes with the wah wah, contrasting with Edwards’ vocals.

Several tracks on the album have a rich organ backdrop that adds a creamy feel that is especially effective underneath Godfrey’s guitar. This is most noticeable on the album’s standout track, “All My Days,” which could easily be a hit single. The first released track from the album, “Light of Gold,” also has the terrific organ backing but sounds more like a Morcheeba track of old.

And there’s still those “sounds,” for lack of a better term, that start on the first track, “Repay the Saviour,” a rumbling underneath the opening seconds that returns later in the song. Later in the album, “Hold On” repeats this pattern, with a deep buzz underneath it at times, and “Feet First” brings back the trademark twanging and buzz that opened the instrumental “Post Houmous” on Morcheeba’s first album. All of this reinforces that familiarity with the early days in the new album.

For some reason, iTunes played “Loving You” from Al Green’s “Belle Album” after one of the acoustic Skye & Ross tracks and it sounded oddly continuous, like an intentional segue. Was this some sort of cosmic connection between the 70s and today? Hard to tell, and Al Green certainly can’t be compared to anyone other than himself, but Green’s voice always has that same soothing, all-enveloping effect that Edwards’ voice also has.

Listen to “Light of Gold” by Skye and Ross: