Throughout Sex & Food, the fourth full-length release from Unknown Mortal Orchestra, tiny details intertwine with many stylistic swings to form an oddly svelte twelve-song decompression mechanism. It’s Ruban Nielson’s observational take on the truth of current affairs in the world today. UMO, formed in 2011, shift shapes once again, this time like a yeast culture fed on pure paranoia.

“Major League Chemicals,” a welcoming blast of uptempo guitar driven psychedelic-pop, speaks of a sure-fire way to give a short-term problem a permanent conclusion. Next, “Ministry of Alienation” successfully trolls our collective delusion that technology will help us make better decisions. One can almost see 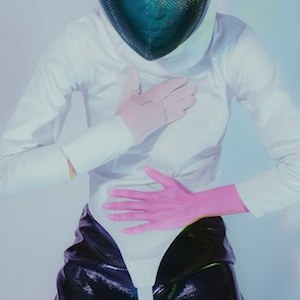 Nielson’s shoulders slumped in disgust as he sings along to a prog-rock sound scape, “My thinking is done by your machine/ Can’t escape the 20th century.”

On a quick listen, Sex & Food may seem like one of the many “chillwave” derivative pop acts of the past several years. But not one of those “textured” dudes would have the stones to think that Hendrix psychedelic-pop, nostalgic AOR smoothness, Beatlesque chord progressions, and R&B with Soundgarden extensions could stay cohesive side by side. Even in the best version of our world, it shouldn’t make sense. But somehow Sex & Food ends up being eerily perfect: a stealth watercolour of an imperfect society.

The album was recorded in Portland, Oregon, Berlin, Mexico City, Hanoi, South Korea, Auckland, and Reykjavík. Nielson, along with UMO band mates and frequent collaborators Jacob Portrait and brother Kody, connect the dots with handy guitar work and drum machines, then toss lyrical pinches of cynical, apolitical pixie dust to bring it all together without an ounce of filler.

Midway through, we get treated to a five-minute gobsmack of a ballad called “The Internet of Love (That Way).” Exceptional Prince-style storytelling delivers the moaning paranoia of a relationship gone south. Layered vocals and chunky robotic guitar runs, with vibey Fender Rhodes, and sloppy ride cymbals on top all come together to bring a strangely grounding warmth and comfort.

Nielson’s guitar IQ, mostly forgotten since 2011, is resurrected on “American Guilt” and the aforementioned “Major League Chemicals”. Both tracks bounce the mix with muddy, chuggy riffs that flash Hendrix-inspired swagger. Only to upend the legacy metal soul moment with ”If You’re Going To Break Yourself,” a  Soundgarden ooze reminds us. Chemical dependency afflicts even those who don’t use.

The compact charmer “How Many Zeros” is a quip at the relentlessness of greed, and the glorious “Hunnybee” is an encrypted love song and message of action to Neilson’s daughter. Both deliver high-powered minimalist disco strut; vocally and in terms of the arrangement, we hear Michael Jackson’s influence on Nielson’s teen years in New Zealand. In the breezy hit  “Everyone Acts Crazy Now,” UMO brings together cowbell, jazz hand electric piano aerobics, and slick drum machines. While the “taking all types of shit” chorus glides over a high sheen of forced normalcy, like arcane and sardonic Donald Fagen commentary. Leaving us all dancing nervously through these ghastly times.