Oops! Here I Go Again, originally released in 1977 on RCA, is not just the buck the trend, vocal funk release in a disco age… It’s an adult soul album with mature leaning arrangements. Edna Wright, sister of Darlene Love, released the unorthodox yet streamlined modern soul classic during a period in which pop and rock and roll music carried on a cash only, fetishization period with disco.

Think Burt Bacharach meets Barry White during his harpsichord heyday. It’s a record that contains many working parts that slowly reveal themselves over time. It gives audio colors to the sentiment of being in love and not being in control of that emotion. Produced by Greg Perry, husband of Wright, the six-song album is a fully realized exercise in restraint. Not a moment, a song, or even a muted trumpet is wasted. 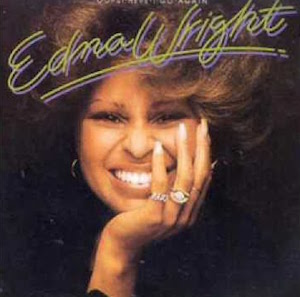 “Oops! Here I Go”, the lead single, is a mid-tempo different duck of a stepper. And while the intro is remembered for being sampled by De La Soul and Prince Paul for the classic deep cuts staple “Pass The Plugs” and more recently lifted for “Midnight On Rainbow Road” by Leon Vynehall for the Rush Hour compilation Musik for Autobahns 2, many of the other tracks have been sampled by top notch producers, from 9th Wonder to The Alchemist for songs featuring Nas and Talib Kweli. “Oops! Here I Go” contains a very persnickety arrangement.

The compact delivery system of harpsichord, strings, and bass, which frames a very optimistic sound design on “Tomorrow May Never Come,” could easily be mistaken as a lost hit by the Barry White female group, Love Unlimited. While the funk ballad “Nothing Comes To A Dreamer (But A Dream),” equipped with an unapologetic crushing drum track and wah wah guitar accents, easily takes the form of a lost Bootsy Collins/Brides of Funkenstein/Parlet slow jam that never saw the light of day. 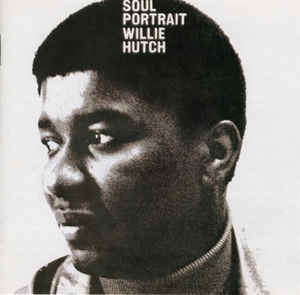 1970’s Season for Love, paint a picture of a versatile talented singer who can equally carry pop and gritty r&b tunes without breaking a sweat or stretching his vocal range. If anything, the question is which direction will bring Hutch stand out superstar credibility. Known for recording two of the best Blaxploitation soundtracks, The Mack and Foxy Brown, Hutch was, outside of Marvin Gaye, Stevie Wonder, and Smokey Robinson, Motown’s top male solo artists of the 70’s. But these two early releases from the RCA vaults illuminate an accurate but seldom documented trajectory in understanding how Hutch arrived.

There is conversational buoyancy, similar to running into a friend at the corner store and just having a 30 second chop session that is imbued throughout Soul Portrait. The song “Loved By You” engenders the cheerful friendly spirit of Sam Cooke with just a dash of the gruff but jovial vocal approach of Bobby Womack.

“Season for Love” positions itself as the pop surrogate

version of Hutch aiming for American Bandstand credibility, equipped with a Nat King Cole vocal presentation. Hutch, in effect, does not change his vocal bag. The cover “Wichita Lineman” personifies his penchant for not … doing too much… when dealing with a storied standard. Yet his vocal contribution to the pop orchestrated production, without going against the grain, makes him an invaluable vocal storyteller. And gives Glenn Campbell a head turning run at the original.

All three re-issues, released on Be With Records, have been pressed on audiophile 180g vinyl for the first time and feature the original, rarely seen artwork.