As one of the few metal bands to break out into a wider fanbase than the underground black metal scene, Deafheaven has had plenty of detractors over the years. This only intensified with their breakthrough release, 2013’s Sunbather, a combination of shoegaze atmospherics with brooding vocals and punishing blast beats. That record was hailed as a masterpiece by plenty of non-metal fans, and thus the fan backlash began.

The band followed Sunbather up with the fury of New Bermuda, an album that pushed the extremes of their sound: it was simultaneously more metal and more experimental. And now, the five-piece has delivered another incredible piece of music, one that reaches far beyond the confines of heavy metal, resulting in one of the most interesting albums this year.

Musically speaking, Ordinary Corrupt Human Love (OCHL) is not even much of a metal album, with many songs continuing winding post-rock and shoegaze elements. In terms of harshly distorted guitar riffs and slamming blast beats, this record contains far less than New Bermuda, but that lack of classical metal elements does not detract from the music one bit. Deafheaven undoubtedly realized they were better off expanding their sound and adding in plenty of extra musical dynamics to keep things fresh, rather than simply rehash their previous records.

This new approach becomes apparent on the opening track, “You Without End,” which leads with a surprising piano piece from guitarist Kerry McCoy. Eventually, the song opens up to a blend of breezy piano, guitar, and some subdued drum work from Daniel Tracy. The most striking thing is that there are actually 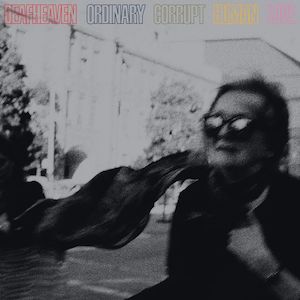 clean vocals in “You Without End,” marking the first time that singer George Clarke has changed up his vocal delivery from his usual harsh snarl. Eventually, the song picks up, and Clarke brings back his black metal growl, but the track is a clear statement that OCHL is going to be completely different from Deafheaven’s previous output.

The following track, “Honeycomb,” is a more straightforward Deafheaven song, winding through caustic metal sections along with anthemic shoegaze. As one of the first singles released from the record, it fits in with their earlier material, but in the context of the whole album it stands out as one of the most straightforward.

What makes Deafheaven one of the most captivating and interesting bands to listen to is their ability to craft epic-length songs that go through plenty of different emotional points. The combination of furious metal and chilled-out post-rock is still just as pleasing to the ears as it was on the band’s first album.

“Canary Yellow” follows the same formula – breezy clean-toned guitars trade off with chugging distorted guitar riffs and tremolo-picked lead guitar lines. Add this in with the inhuman drumming of Tracy, and you have yet another great song. One of the biggest surprises of OCHL is up next in the pure shoegaze of “Near,” a song that features barely any distorted guitar, instead relying on dreamy clean guitar and another clean vocal performance from Clarke. In the context of the album, it works well as a way to decompress, and the song gets downright gorgeous during certain parts.

Deafheaven returns to the formula on the next song, the sprawling epic “Glint.” Once again, the piece slowly builds up before turning into a raging torrent of furry. Again, there are something so intoxicating hearing Tracy’s furious blast beats along with McCoy and Shiv Mehra’s dark guitar lines. For once in the group’s history, there is plenty of audible bass throughout this album as newcomer Chris Johnson makes his presence felt with plenty of snappy basslines.

The biggest curveball on the album is next, the haunting piano-driven “Night People,” which sees Clark singing a mournful duet with Chelsea Wolfe. While the piece is certainly different, it fails to have any standout moments, and it just seems a bit too tame and boring when it comes to its execution.

The final track on OCHL is yet another epic-length composition, “Worthless Animal,” a dark slice of shoegaze and post-rock that is a showcase for Johnson’s slick bass playing. While it is another good track, it just seems to close out the record a bit too meekly, ending with a thud.

Overall Deafheaven has crafted another impressive record, one that boldly pushes their sound far beyond the confines of the metal genre. In that aspect, the album is a triumph as there is a lot of great music on here. However, some of the more experimental songs fail to get off the ground and do anything meaningful. With all that being said, Ordinary Corrupt Human Love is the record Deafheaven had to make at this point in their career, and it is one of the most rewarding listens of the year, showing that metal is much more than just mindless brooding and angst.

Listen to “Honeycomb” by Deafheaven: