Mulatu Astatke’s Mulatu Of Ethiopia from 1972 is a seminal moment in music.  THIS certain type of jazz, a version only found in fleeting moments on blaxploitation film soundtracks…. more funk and groove driven than typical American jazz riffing off Eurocentric classical music constructs.  As stated in the liner notes, Mulatu Astake, took the ancient five-tone scales of Asia and Africa and joined  them into something unique and exciting – a mixture of three cultures, Ethiopian, Puerto Rican, and American.

Astatke moved from the UK to Boston to attend  Berklee College of Music where he studied “the technical aspects of jazz”. But he would journey  regularly to the Big Apple to play and watch live shows at the Cheetah, the Palladium, and the Village Gate.

The self-titled “Mulatu” has an atmosphere, sensation, and energy that is predisposed in the idea of the moment and nothing about a before or after. Groove and vibe on repeat. It’s such a stunner of chill that you can’t help but envision Bill Murray and Jeffrey Wright puffing on that indica in “Broken Flowers.” 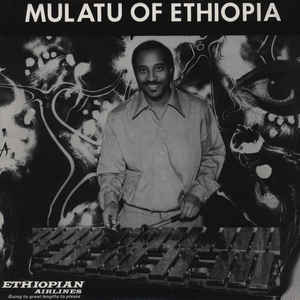 “KASALEFKUT-HULU,” a two-minute sound nugget of congas, ideal bass-lines, and dispersed horns, stands as the awkward beacon to a number of contemporary funk-jazz artists.  Being the first official reissue of this landmark album in the field of African music, it’s not a far stretch to hear BADBADNOTGOOD  and El Michaels Affairs’ own obtuse versions of this type of jazz on their recent releases. They are not Ethiopian, but have benefited from a “sample source” approach to this music. Mulatu Of Ethiopia in some respects, is that sample source.

This definitive reissue of the album comes in a limited edition three-LP six-panel gatefold set featuring the stereo album master, a pre-mix mono master, and a selection of out-takes from the sessions, giving rare access to the DNA of the studio process.  All formats feature a new interview with Mulatu Astatke and rare photos.

Listen to “Mulatu” from Mulatu of Ethiopia: