You would not be too misled in assuming Morningside, the début full length release by New Zealand’s Amelia Murray aka Fazerdaze, could be a lost soundtrack to a shelved  Sofia Coppola film. The ten song record reads like an interior dialogue that’s bashful in one moment, overtly impudent in the next. From the humble acoustic beginnings of “Last To Sleep” to the melodic “bird-chirpy” last stop that is “Bedroom Talk,” the terrain engenders all the trappings of conflicting brilliance. Opting for smart over sappy hooks and observational commentary instead of cavil lyrical content. 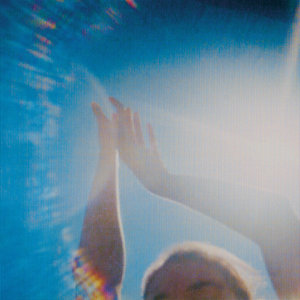 in the mix with a slight delay or vocal effect, advancing the notion of disillusionment. And while there is a great deal of shoe-gazer enthusiasm used here with veteran like precision,  “My Bloody Valentine” or “Lush” would be pretty damn proud. It’s the snark and blunt whimsy of “Friends” that provides the ideal balance of lyrical attitude and auditory ferocity. When Murray states “I keep my eye on one thing at a time/you just happen to be that one thing this time,” it’s the perfect set up for a triggering mechanism that unleashes a slower but similar banshee to the refrain of “Gigantic” by The Pixies. That same type of boiling pot with the lid on energy appears through “Last to Sleep,” “Misread,” and “In My Room.”  And sure the tender moments on “Jennifer” and “Take It Slow” come framed with said  auditory “dew.”

But as shown in the last moments in “Lost In Translation” and here with the forceful “Morningside,” sometimes juxtaposition and tension provides for a better work of art.

Listen to “Friends” by Fazerdaze: