In 1995  Blonde Redhead recorded their first two albums, Blonde Redhead and La Mia Via Violenta, for Steve Shelly’s Smells Like Records. This New York band arrived five years after the jam band era and six years prior to the upstart rock and roll revival. Masculin Féminin , released this fall by The Numero Group is a 37 track, 4LP / 2CD set, equipped with singles, demos, radio performances, and dozens of previously unpublished photographs focusing on the bands formative years. 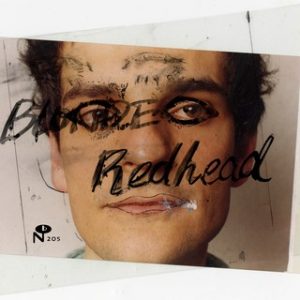 At times, Masculin Féminin can be this  noisy, cantank- erous, avant-garde document just looking for a brawl. And then, with shoegazer theatrical timing, shining moments arrive just in time to hug it out. Shelly, drummer for Sonic Youth, recorded this influential band with a no excuses, no apologies fervor. Selections such as  “Harmony” and the KCRW taping of “(I Am Taking Out My Eurotrash) I Still Get Rocks Off” showcase the ease of acceleration in noise that the band possessed from day one. Other selections, such as “I Don’t Want You” and “Swing Pool” serve as audio collages that start sweet, get harsh, and resolve themselves between pleasant and unpleasant.

And yes. There is an indelible haze of influence from Sonic Youth that cannot be denied.

But it relies more on what was in the New York City air at the time than appropriating style.

When Mayor Rudolph Giuliani was sworn into office in January 1994, he immediately began a full on initiative to discontinue public funding of controversial art. In addition, other “clean-up” tactics included the constant commonplace harassment of minorities, including minority business owners by the ever more aggressive NYPD. Undercover police vans trolled around seeking to arrest public marijuana smokers and ran a no dancing in certain Manhattan clubs crackdown. All for the transformation of Times Square into a Disney-like cash cow playground for tourists. Granted, all of this is pre Stop and Frisk, but the seeds were being planted.

So with guitars, screams and feedback, Blonde Redhead adopted the stance that if there are forces trying to suppress us. We need noise.  By channeling that psychotic feeling of the arts being under constant attack, Blonde Redhead abused that great wellspring of creativity to the sonic limits ….

Their fondness for the moody, destructive, and chaotic beauty of Sonic Youth was more of a kinship, not copycat. With all things being fair, there are clues on Masculin Féminin that the band could have gone a more traditional “alternative” rock route with equal parts critical and financial fame. The infectious bass knock of “Sciuri Sciura” or the all-out major chord enthusiasm of “Big Song” could have easily netted a successful formula for future radio play. But there is no reward for conforming in an era of mass conformity.