The Stevens, an Australian “scratchy pop” quartet, hold court between lo-fi scruff and groggy pop on their second full-length outing, the snarky entitled Good. The 18-track “jangle and fuzz” document was recorded on eight-track reel to reel tape in various bedrooms around Melbourne. It captures the maturation of a solid band blossoming into a larger shoe size, whilst popping along at their “simmering boil” peak temperature.

Upon hearing the harmonium creep in the infant stages of “My New Hideout,” visions of Frodo partaking in maudlin negotiations in lush terrain come to mind. Take the chorus and Pretenders-like refrain of “Keep Me Occupied.” It transforms nonchalant posturing into a new sub-genre. The reedy texture of “Super Subtle,” a 72-second instrumental noise installation, rounds out the band’s full sleight of hand “carny” tricks.

So along with the prog and classic rock comparisons, Good fuses together a patchwork collection of songs that contain measured lyrics and persnickety guitar passages, maneuvering under the guise of alluring 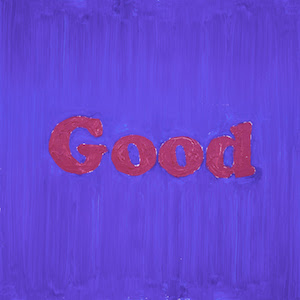 charmers. Mastering engineer Tex Houston, the veteran of a thousand Flying Nun releases, was employed to give Good the successfully blurred patina.

Within milliseconds of hearing the redemptive like guitar phrasing on the opening track “Chancer,” your inner stoner immediately makes a run at breaking out those youthful Bruce Lee meets Darth Vader air guitar moves. Don’t front. You know ‘em. The ones you hid years ago beneath the bong and to the left of your Strokes vinyl collection.  Anyway. Just before these mirror pose Olympics jump the eff off. You hear some flat nasal mutter jockey lament “Give me a chance, give me a chance to be a stranger.” And just like that.  Upon recognizing the gut punch that manifests itself as this sad signing bastard. The bong goes away.

This is not the origin story. It’s Episode 3, son. Dude lost the war. Destruction has already been done. And now seeking a sense of normal, finding a resting spot to put the pieces…someplace. Is deemed a win.

Guitarist Travis Mac Donald, who painted the cover art for “GOOD”, explained the intent of the song to NPR earlier this year: “I thought it would be funny to write an anthemic-sounding rock song about wanting to be unknown. I wrote it a few years ago — it was going to be on the last record, but it didn’t sound right. There weren’t enough guitars or crash cymbals. If you wanna be forgotten, a lot of guitars and crash cymbals are a great way to communicate this. It’s also about heartache.”

Listen to “Chancer” from Good by The Stevens: