15 years after the release of their last album of original material, A Perfect Circle has returned with the captivating Eat the Elephant. As one would expect from a collaboration between Maynard James Keenan and Billy Howerdel, the record is a diverse mixture of sounds, taking a more subdued and introspective look at the world at large. 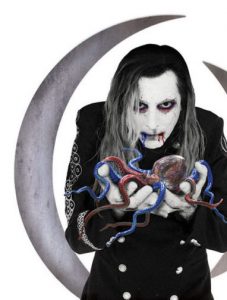 Fans who are expecting a return to the furious alt-metal of past releases will be mildly disappointed as many of these songs are based on stripped-down piano arrangements. This is the case on the title track that opens the record. The arrangement is sparse: drums, vocals, and piano, yet the song is still incredibly powerful. In classic fashion, Kennan finds all the right notes to hit, showing that he possesses one of the most distinct and evocative voices in rock music. The following track, “Disillusioned,” is a more upbeat and riveting piece of dreamy rock, again anchored by plenty of steady piano playing from Howerdel along with some superb guitar leads.

For the first time, the band worked with an outside producer in Dave Sardy, who does a phenomenal job of pushing the band’s musical boundaries while retaining their core sound. This is particularly the case on the album’s centerpiece, the rampaging metal of “The Doomed.” Beginning with a furious drumbeat and pulsating bass, “The Doomed” combines surging metal along with a set of cinematic orchestrations. The song makes use of loud/quiet dynamics to perfection, dialing the aggression back in the choruses only to ramp it back up during the verses. Keenan delivers his best vocal performance and best lyrics of the album here, a scathing indictment of the current state of political affairs in the country.

As a counterbalance to the fury of “The Doomed,” the next song, “So Long, And Thanks For All The Fish,” is 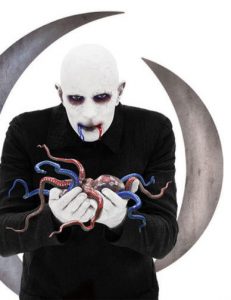 an upbeat rock anthem that rides one of Howerdel’s catchiest riffs. A tribute to the likes of David Bowie and others who have passed away in recent years, the song makes use of a fantastic string arrangement from Sardy, giving the song an epic sense of grandeur.

Another highlight comes in the form of the penultimate track “Feathers,” another intoxicating blend of echo drenched guitars, driving bass, slick piano, and the evocative vocals of Keenan.

A Perfect Circle has made another timeless record, taking their sound and expanding it into plenty of unexpected directions. This type of musical evolution gives Eat the Elephant a great amount of musical diversity, demanding the listener’s attention and encouraging repeated listens. This combination makes Eat the Elephant one of the strongest releases of the year.