Anyone expecting John Dwyer, lead singer of Thee Oh Sees and label head of Castle Face Records, to roll out some type of linear A+B=C experience for Bunker Funk, the third installment from his ever evolving, mostly solo, side project Damaged Bug, please exit through the rear doors of his spaceship, where compensation comes with orange slices, handshakes, and Purell.

Not being trite or redundant, but Bunker Funk IS… a bug out. Like the previous solo projects, the guitars are mostly swapped out for proggy synths, making room for Kraut rock jam sessions that rely more on feel and tone than precision.

A defining trait of the late drummers, Clyde Stubblefield and Jaki Leibezeit, who are somewhere swirling in THIS auditory expanse, dropping beats like breadcrumbs, giving our interstellar tourist directions home. On the one. 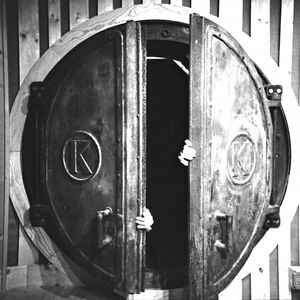 The loopy bass and drum driven instrumental, “No One Notices The Fly,” carries an inherent psych-pop essence, while earlier on “Ugly Gamma,” amidst a floor to ceiling vintage synth arrangement, Dwyer  keeps the electromagnetic frequencies moving from eerie to ethereal. Then the broadside slink of “Bunker Funk,” accompanied by the whisper vocal delivery and blinding guitar monotone solo, line up and shuffle  to the funky drummer.

Yet it seems “Slay The Priest’ is the finite occasion that Dwyer has chosen to deliver those cavernous, dirge-like chops on the old guitar. Part headbanger that exudes the existential weight of being detritus floating through a solar system. And part straight burner that tweaks all the Sabbath tones, in all the right ways.

Not many artists are able to pull off the old “lemme do this solo project to clear my head thing” and actually have it become compelling, singular, and down right robust with ideas. But the spooky and optimistic synths, similar to Paul McCartney during his one man Moog period, that inhabit the journal entries for “Mood Slime,” serve as a quaint reminder. The Bug is sustainable.