Sophomore albums more often than not can make or break a band or artist’s career. Broods‘
upcoming release of their album Conscious solidifies them in the top five acts of the indie pop
and electro-pop music world.

The sibling duo from New Zealand has been making a name for themselves all over the world. 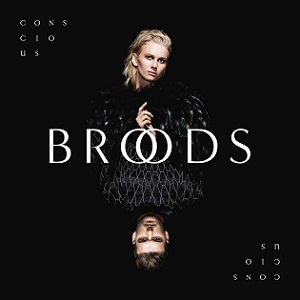 Back in 2014, they played a sold out show at the legendary indie club PopScene, also
opened for Sam Smith at the Fox Theater, and traveled with Ellie Goulding among so many
other show ventures.

The first single “Free” has already racked over 15 million streams worldwide, and it is not
surprising considering its infectious beat and perfect harmonizing sounds of a drumbeat and a
synthesizer. It is indie pop at its finest.

The newly released song “Heartlines” will surely become a fan favorite because the duo co-
wrote the song with Lorde. Even before knowing that Lorde was involved in the writing process,
one can hear her in the lyrics. The song is reminisced of “400 LUX.”

The album talks about falling and being in love, with “Heartlines” as the perfect example, or with
“Full Blown Love.” However, it also taps into heartbreak and starting over, with “Couldn’t
Believe.” An honorable mention goes to the track titled “Freak Of Nature” which features Tove Lo.

Joel Little who can be credited with the success of Sam Smith, Ellie Goulding, Lorde, and also
Broods’ debut album also served as executive producer for Conscious. Georgia, Caleb, Alex
Hope (Troye Sivan) and Captain Cuts are also executive producers on the album.