There is an undeniable artery of freak show dystopian carnival barker type energy that powers “Political Man,” a Cream cover, from Betty Davis: The Columbia Years 1968-1969, featuring jazz and rock musicians Billy Cox, Herbie Hancock, John McLaughlin, Mitch Mitchell, Wayne Shorter, and Larry Young. This version, equipped with that dark sparkle funk mystique a la The Doors, is the closest window we have to understanding the direction in sound, grit, and attitude Betty Davis would gravitate towards later on in the 1970’s with “Betty Davis” and “They Say I’m Different.” Better yet, it shows how much at ease these mostly jazz players are when charting the rock and roll waters. This, as well, gives an indication of what was coming down the pike with “Bitches Brew” in early 1970. Miles Davis serves as co-producer along with Teo Macero on these first six selections. But the fact that Betty Davis was able to project and execute her ideas amongst the cattle call of heavyweight musicians …and egos, is just as much of an accomplishment as her musical imprint. 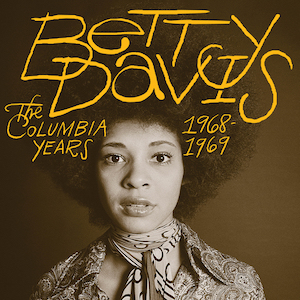 Betty Davis penned the song “Uptown” for The Chambers Brothers and wrote tunes that got The Commodores signed to Motown. Soon the label pitched Betty Davis a songwriting deal, which she turned down, since it denied her ownership of her work. Once she headed to the UK, upon the urging of Marc Bolan of T. Rex, she started to write for herself. Her sticking to her guns for absolute creative control made her turn down many en vogue musician/producers of the day including Eric Clapton. She married Miles Davis in 1968, influenced him as an artist, and eventually was the tipping point in his musical vision for “Bitches Brew” and “On The Corner.”

It would be incorrect to view this release as a full cohesive album. These are tracks that were recorded and then subsequently shopped around by Miles Davis, seeking a record deal for his wife. The final three songs are lush productions that were recorded in Los Angeles under the direction of Jerry Fuller with horn arrangements by Hugh Masekela plus members of The Crusaders including Joe Sample and Wayne Henderson. Two of the three tracks included here from this session are previously unreleased. The tracks, “It’s My Life,” “Live Love, Learn,” and “My Soul Is Tired” are well accomplished pop R&B performances that showcase their penchants for attempting to crack A.M. radio. The complete opposite direction of the Miles Davis produced tracks. 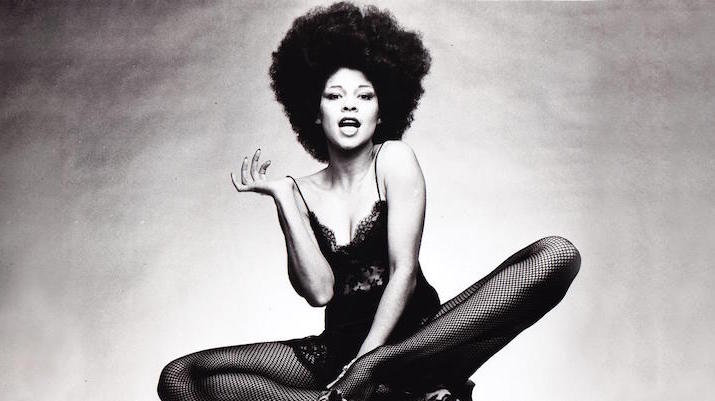 Betty Davis, built, created and widened the lane that Labelle, Nona Hendryx, Patti Smith, Madonna, Peaches, Beyonce and Janelle Monae all run in. Being passive in message, projection and energy in her music was never an option. So at several stops along her career she became a target. Meanwhile Rod Stewart, during his late 1970’s disco phase, is allowed to perform onstage with a cucumber in his pants with minimal push back and major label and fan admiration.

It is by the good graces of Light In The Attic Records that Betty Davis finally agreed to release these tracks. For an artist who already had a limited release of material in the first place, this record serves as the proper “prequel,” to understand where she started musically. If the Beatles can constantly re-release their entire musical catalogue every time a new platform for delivery is created, we should be so lucky that the Betty Davis era keeps extending itself.

Listen to “They Say I’m Different” by Betty Davis: