When Unknown Mortal Orchestra announced last week their jazz, Krautrock, fusion and avant-garde record IC-01 HANOI would be released on Oct 26th, deep cut UMO fans, thirsty for guitar-driven psychedelia minus the pop sheen encasing, got a Christmas present five days before Halloween. To be clear. This is not a return to the catchy and well-constructed pop jam of the summer “Hunnybee,”  or the breezy electric piano aerobics of  “Everyone Acts Crazy Now” from the hit record Sex & Food. “Hanoi is a record of exploration, finding its closest antecedent in Miles Davis’ experimental On The Corner – itself a record “full of nods toward avant-garde composers and jazz outsiders alike,” according to UMO.

Due to a request by the record label to NOT discuss specifics of IC-01 HANOI until the week of its release, it leaves room to celebrate the zero fucks given attitude of Ruban Nielson & crew to drop a boutique non-linear instrumental fusion record, amidst the bands most commercially successful stretch so far. 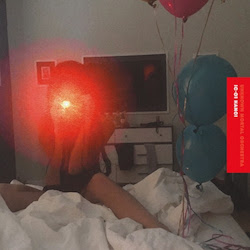 This project came about during the Sex & Food sessions when bandleader Nielson, along with longtime collaborator Jacob Portrait and his brother Kody Nielson, found themselves in the Vietnamese city of Hanoi at Phu Sa Studios.  During the recording process the band recorded live sessions with local musician Minh Nguyen on sáo trúc, dàn môi, and Vietnamese percussion and Nielson’s father, Chris, on flugelhorn, saxophone, and keyboards.

From a branding standpoint, sure this could be perceived as the UMO “mixtape” of sorts. With the release date about a month before all the Best OF 2018 lists start to circulate, sure it’s a sneaky look. And yes, this off-hand “For Your Consideration” harumph gives fans and critics reason to reconsider the svelte twelve-song decompression mechanism of a great record that Sex & Food is.

But for the deep cut UMO fans, ponder this for 25 days.  Remember how you always wanted those brief flashes Nielson made with his guitar to Jimi and Prince stretched out just a bit longer? Well, Happy Holidays. Get a preview of those chuggy, dense moments with “Hanoi 6.”
Listen to “Hanoi 6” by Unknown Mortal Orchestra: