Greg Duvel, co-singer and songwriter of the San Francisco Darkwave band Untamed Creatures, had planned to commit suicide in his music studio in 2012 after the one-two punch of the death of his sister and a DUI that left him deeply depressed. But it was music, like a descending angel of inspiration, that intervened and saved his life. “My only sister died and it kind of threw me in a bad place and I started drinking alcohol in abundance just to numb my pain. I spent all my extra money, instead of buying synthesizers I was buying beers and I knew I was at a turning point man. I felt that me on this earth was not getting me anywhere. And then, I woke up, I got it together, and made a decision to do a certain style of music. So I went from basically almost hanging myself in the studio to such a positive in my life.”

Duvel founded Untamed Creatures and the ensuing songs he wrote about life, death and everything in between, seems like it’s a tribute to his late sister, who appears to be ever present in the themes of his songs, haunting the music like a fifth member. Co-singer Luna Vox muses, “Whenever you have an experience in your life that creates a lot of emotion, a lot of feeling that really sticks with you, that really makes an imprint and changes your life, that ghost of that, that memory of that, it stays with you for a long time. I think ghosts are still alive in our mind. It’s all on a subconscious level. That all stays somewhere, energy just doesn’t go away, it’s always there.”

For guitarist Ricky Deezo and bassist Matthew Bjørn, joining Untamed Creatures, was like the meeting of gunpowder to a match. Bjørn says, “If I hadn’t found this for something to do, I would be lazy. This band has helped me to improve on aspects of my life that need improving. Just in the way I handle things in my personality. Since I joined this band, it’s really changed my life. I wish I’d done it sooner. I’m glad to be here.” 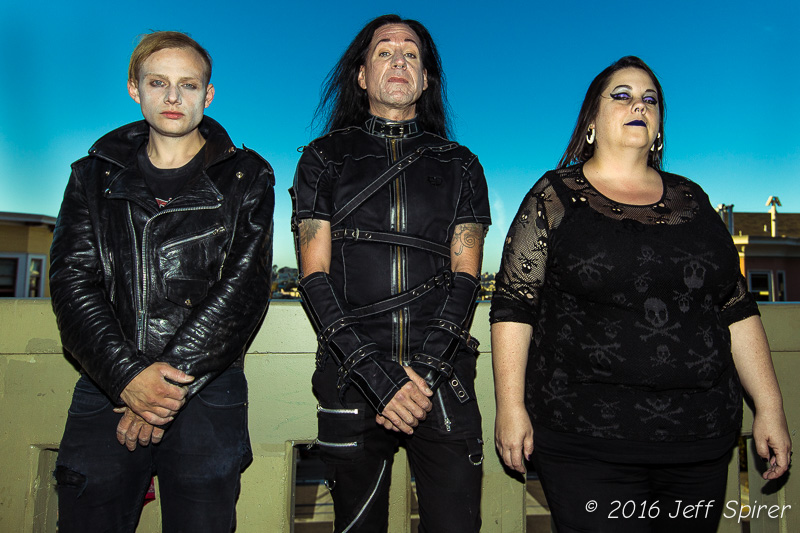 Untamed Creatures is a band on the rise. Fresh off playing the Blitz Music Festival, the band is fielding requests from clubs to play a summer tour in Seattle and is turning heads with not one, but two brand new EPs, Odyssey and Separation, that already seem destined to be club favorites within the San Francisco Bay Area where the band is based. SF Sonic had the privilege of reviewing some of the new tracks from the EPs.

“Rose Garden Funeral of Sores” is a cover song, that begins with dark, freaky, wailing guitars that sounds like spirits in pain with reverberating, echoing vocals emanating chilling, evil laughter. The bass sounds like an army of dead soldiers, goose stepping in time to the seductive crunch of a militant drum beat. Duvel cracks that the lyrics are about, “A sex party happening next door at a party John Cale wasn’t invited to, so he’s butt hurt and that is why he wrote the song.” When asked what the reference about the Virgin Mary in the song means, Duvel says, “That is something I don’t even know if John Cale would even know if he was alive.”

The song When Angels Cry is a remarkable showcase of vocal talent that displays the band’s deft musical versatility. The song instantly bursts through your stereo, rattling your speakers, as it kicks into an infectious electronic dance beat, propelling a haunted house horror melody from keyboards and synthesizers. Luna Vox’s ethereal vocals give you chills down your spine from the first moment she first sings, building the notes, higher and higher, until they soar so far upwards they practically fly away. Duvel’s talent on the synthesizers shines, comping Luna Vox’s vocals to new levels of virtuosity, sounding like ghosts or harpies, crying out at midnight upon the full moon. When asked what the lyrics meant, Luna Vox replies, “I interpret it to mean that angels cry for us. I always feel like the singing should sound like angels crying.” 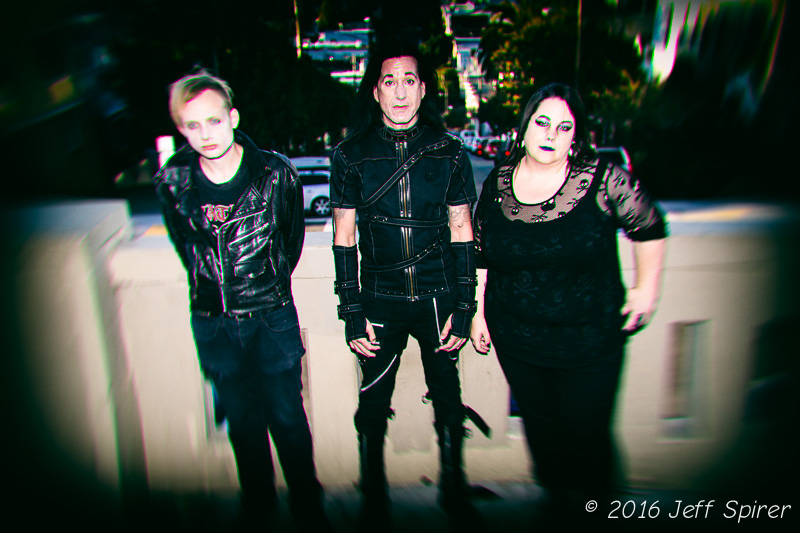 The final song on the EP, My Tears Are Grey, introduces itself in a sinister way, with menacing synthesizers that sound like some evil UFOs descending from above to steal you away. Duvel’s amazing vocals carom about the song with eyebrow raising power. The lyrics, “My tears are grey like a cloud in the sky” seem contradictory, as tears are not typically grey. Duvel says that at the time he felt like, “I was grey and unimportant.”

For Duvel, the success of his band has wiped away the tears in his eyes and the grey clouds in the skies have lifted. Somewhere in heaven, his sister smiles down on him like an angel.

Listen to Odyssey by Untamed Creatures:


Listen to the Separation by Untamed Creatures:
All photos by Jeff Spirer.