James Dewitt Yancey aka J Dilla changed hip-hop so much….that we take it for granted. He made the average hip-hop head, the rookies, newbies, and all the  Beckys with the good hair, better listeners. With 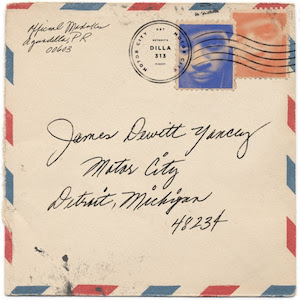 each beat tape compilation he instructed a generation on how to discern between creative and contrived.

Over the span of just a couple of years, J Dilla brought the overground and underground together…and then built distance between the two again. Allowing his followers, mostly new and some old, to make their own decisions.

Since his death in 2006, Dilla’s mother Maureen “Ma Dukes” Yancey has worked tirelessly to further her son’s legacy, and her latest effort is the new project Motor City.  Inspired by Dilla’s beloved hometown, Motor City is a collection of rare and unreleased Jay Dee instrumentals, hand-selected and sequenced by Ma Dukes.

The son of a radio DJ who introduced him to the world of record collecting, Harris grew up with music, progressing from violin to high school drum-line to the Jazz Studies program at Virginia Commonwealth University. He also worked with other instruments and developed an interest in sampling. His development 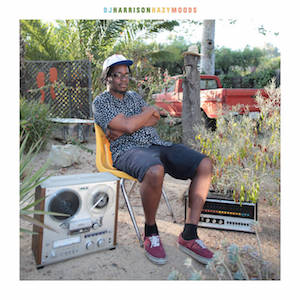 as a producer – at first, without a computer or sampler – came initially learning to replay samples on the drums, piano, bass, or guitar.

DJ Harrison finds himself inspired by local musicians in the Richmond scene that’s as diverse and nonexclusive as they come. Among rappers, producers, punks, and bluegrass bands, he falls within reach of an expansive pool of musicians to collaborate with. He lives and works in Jellowstone, a house turned recording compound occupied by his band mates in Butcher Brown, a “garage punk jazz funk” group.

HazyMoods, DJ Harrison’s Stones Throw début, was recorded there completely on tape, where the living room functions as a communal recording studio.

Listen to “ClavCrunch” by DJ Harrison: 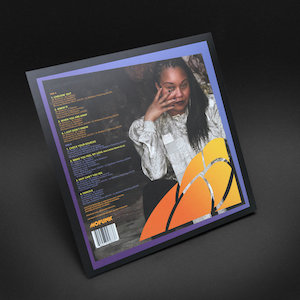 With a myriad of trend-chasers running after the “boogie” bus, the defining trademark of the genuine enthusiasts resides in their understanding of how close boogie & modern funk are to new wave. “Famous” by Moniquea, from her second release Blackwavefunk, is a lyrical statement on total uplifting and not selfish accomplishments. Produced by XL Middleton, the song carries all the bass line stunts of  OG funkster O’Bryan with dead pan vocal delivery by Moniquea.

Listen to “Famous” by Moniquea: 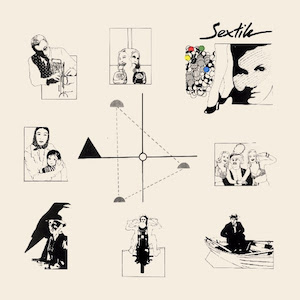 As a stable fixture in the Los Angeles underground over recent years, Sextile have been gaining a devout following since their inception in 2015. The band boldly throw convention out of the window to create and genre-bending imprint that combines the raw energy of 70’s punk with the intricate and sophisticated structural elements of 80’s post-punk and synth-wave.

Albeit Living from Sextile will be released on the LA based label Felte on July 13.

Listen to “Situations” by Sextile: 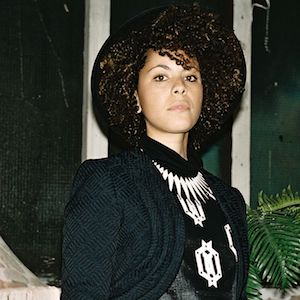 There is an uncanny vulnerability that Kerry Leatham aka Roseau chooses to write her music from. Muscles and Bones, a six track EP released earlier this year on Tape Club Records, carries that “fumbling through the dark” feeling on this electronic soul/melancholic pop offering. And while the inspiration for this release might have come from the most bleak of moments, Leatham still gives voice and hope for positive resolution through sonic grace.

Listen to “Start Again” by Roseau:

Locating the right pocket between house and  3 am grooving, the début EP from Frenchman Jehan is that liquid lane you just don’t want to leave. Out The Line is a deep moment that is so much cooler than you could ever be.

Listen to “Out The Line” by Jehan: 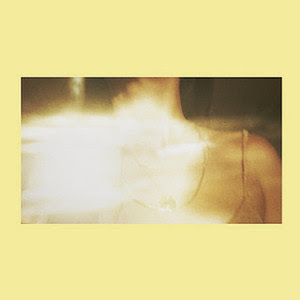 Real Low (B-Sides), from Ramona Gonzalez aka Nite Jewel is the sonic bookend to her career-defining “Real High” released earlier this year on her Gloriette Records imprint. Low, a ten track release of demos, alternate versions, and previously unheard material, defines the Russell Simmons word cloud phrase from the 80’s. Reduction, not production.

By releasing this sound exoskeleton of ideas, we are able to recognize the many directions Gonzalez can take synth oriented structures. Funk, experimental electronic music, new wave, or Janet Jackson 90’s r&b. It makes no difference. Nite Jewel has our attention.