CTMS aka John Keaka Friend has delivered a direct, clear, and haunting rework of “Box Dream Serenader” by Gulls from the full-length album Patterns is Life out on Boomarm Nation.

Friend, who now runs his own label Tripshow, worked at and managed one of San Francisco’s legendary record stores, Open Mind. It was a great place to broaden your musical horizons and a haven for adventurous vinyl enthusiasts. Ever the musical preceptor while DJ’ing. With mixing and selecting in his tool bag, you could rely on his ear to deliver an arbitrary collection of tunes. These capricious multi-genre choices would mysteriously seep their way into other DJ sets around the city. Now based out of Honolulu, Hawaii you can catch him Djing as JOHNJOHN around the islands with some of these elusive tunes at his pop-up, “Secret Record Store.” 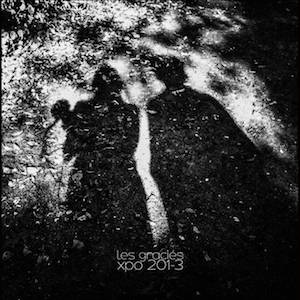 American tandem of a brother & a sister in sound,” return with a three-track sound document that crosses ambient Eno musings with a varying degree of rhythmic patterns. It makes XPO 201-3, recorded four years ago, standing proof that “computer music is not a prison.” These selections ebb and flow between “audiovisuals full of grace” and the more directed “broken beat” musings. That run underneath the bright color schemes that double as comforting chord progressions amidst chaotic sound manipulation.

Hopefully, we won’t be waiting another four years for the next offering.

Benji Illgen, who performs under the moniker of DJ Centipede and produces by the name Mophono, released the collaborative  “California Colors” last month with Emcee Ernie Fresh and legendary producer Egyptian Lover. It is the NorCal BBoy meets Uncle Jamms Army sound document, that you been fiending for.

“The backstory is dope but ultimately, we put a lot of effort into this new release to emphasize some of 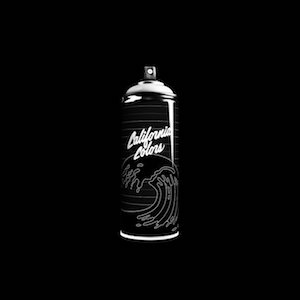 our favorite elements of classic rap and hip hop….

Hopefully, this all comes across and lights up your ears.  Like OG hip-hop 12-inch singles from the 90s, there are instrumentals, breakout pieces, acapellas, and a cool part called Flynamic Parts and Skip On Beat Tools. “It’s a new technology I am developing and there is something unique about this record that I have never done before. I am manually slicing a few copies of the 12-inch records down to the size of 7-inch records aka 45’s. With the California Colors instrumental on one side and the Skip On Beat tools on the B-side.  I am pretty sure it has never been done before, so like all experiments hopefully it expands our creative artistic worlds.” -Mophono

Bill Laswell/MixTape No 4/The Voice of Cassandre

The Voice Of Cassandre is a French radio show that invites international artists to make their own mixtapes every week.

Producer, musician, and record label manager, Bill Laswell, has been at the center and outer fringes of shaping contemporary American music over the last three decades. His penchant for taking chances, and doing what has not been done before has carved a uniquely successful, and non-traditional cannon of work.

He recently constructed a mix of his music for the influential French radio show.

While Laswell is most known for collaborating with Herbie Hancock for the Grammy winning and culturally influential “Rockit,” he hates to be referred to as a producer. His previous jam sessions of playing bass 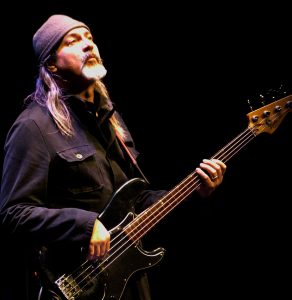 live at The Bronx River Armory with Afrika Bambaataa and countless other DJs during a pre-1983 hip-hop era always kept that “contributor” mindset in focus.  Below is a snippet from an extensive and insightful interview Laswell granted SF Sonic in February of 2016. It was conducted before the passing of David Bowie, Bernie Worrell and engineer Jason Casaro.

“With Rockit, its success coincided with a couple of things. I did this record with Yellowman, Strong Me Strong, that was a hit. And at the same exact time, I did a record with Laurie Anderson (Mister Heartbreak) that was kind of little hit. You had all these things happening. So every door opened at that exact moment. And then everyone calls you. We had Barbara Streisand, Sammy Davis, Jr, Mick Jagger. Everybody. Cause you are the guy that is trendy at that moment. And honestly, I really did not have this great ambition to be this producer person.  I never really wanted to be a producer. And I don’t like that term producer. I moved to New York City to play with Miles Davis.”

Listen to “Mixtape No 4” assembled by Bill Laswell:

Ryan Porter, co-founder of the influential L.A. jazz unit West Coast Get Down, has chosen to use his début full release, Spangle-Lang Lane, to be a children’s record. This record is another project cultivated from the legendary KSL Sessions in December of 2011. It took place during the same window as recordings for Kamasi Washington’s The Epic, Ronald Bruner Jr.’s Triumph, and Miles Mosley’s Uprising. 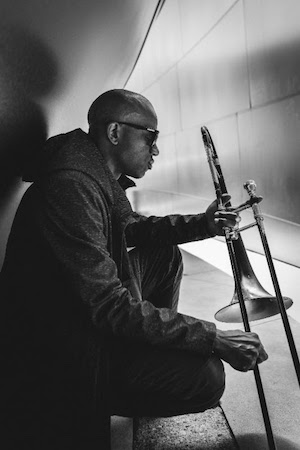 the aforementioned artists included and other members of WCGD. As shown by the lead single “Itsy Bitsy Spider,” a fully realized jazz orchestra composition with melodic hints of Roy Ayers that linger about, these songs carry the caché of vetted jazz masters.

Drawing on his childhood memories of Quincy Jones “The Wiz” and Jim Henson’s Sesame Street, Spangle-Lang Lane is something that children and adults can enjoy. The project can be viewed as an educational tool or a contemporary benchmark where a jazz movement decided to give their creative best…to children.

“One thing I really wanted to tap into was the magical feelings that I experienced as a child from different T.V. shows, movies, and recordings that inspired a life changing surge of creativity and imagination in my very own life. As a result of revisiting these warm and happy childhood memories, I had to mentally go back to the 80s and think of Saturday mornings at my mom’s house. I would be on the couch in front of the T.V. with a massive bowl of Captain Crunch, watching the A-Team, Knight Rider, and reruns of Annie and Willie Wonka.”

French experimental pop band Aquaserge return with yet another creative visual for cinema heads to gaze upon. The music video for “Si loin si proche,” which translates into “So far so close,” is composed of two concurrent recorded takes. It blends and bleeds over tracking two different dancers cavorting and swirling about while the band plays live on the outer fringes of the film.

Aquaserge features members of Tame Impala, Stereolab, Acid Mothers Temple, and Melody’s Echo Chamber, all of whom draw influence from psych pop, free jazz, noise, kraut, afro-beat, tango, funk, waltz, samba, and Italian film music. On Laisse ça être, released this past February, the band produces stringent audio constructs that pogo between minimal, experimental, and surreal. While the cinematic expansiveness of what used to be Stereolab lurks in oblique corners, Aquaserge hangs their creative hat heavily on the surrealists and Canterbury scene.

Watch the video of “Si loin si proche” by Aquaserge: