Our main protagonist, Jon Bap, uses a scattershot beat and frantic sound design to go with his lyrical 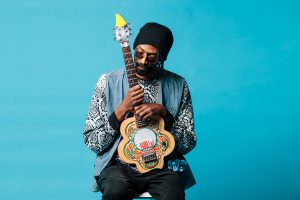 assertion of how much his woman in question just needs to be herself on the killer “You Be You.”  The Texas-based producer and musician, who claims to still hold a day job at Chipotle, is confident in showing his adoration for late 80s (“Sign of the Times,” “Around the World In A Day,” “Parade”) Prince. But it’s merely a reference point, not a recreation. Earlier this year Bap showed up on the uptempo churchly “Keep Faith” with Zac Witness. But “You Be You” is full on Bap with nasal enunciation, skittery snare hits and a new version of the term “nervous fonk.”

His most recent release, Yesterday’s Homily, is for sale on Bandcamp. I suggest copping that shit. Quickly.

Listen to “You Be You” by John Bap:

On “Poetry of Intuition,” the Toronto based artist Maylee Todd, puts together an audio version of a one-camera self-confessional about a relationship on the outs. She then proceeds to use a sparse sonic landscape that makes you wonder if Sade would 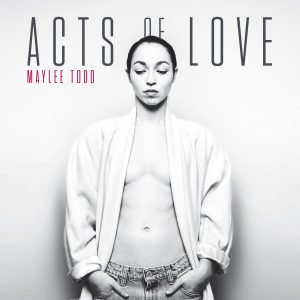 still be recording with frequency if experimental production techniques were added to her trick bag. On the ensuing “Secret Teacher,” Todd puts bass, keyboards, and guitar lines on notice and moves the mood into funk ballad mode.

Acts of Love, a 17-track stripped down and synth-based alternative soul statement is Todd’s third album.

One which she self-produced and declares is a “bedroom record” that required her to learn software all last winter.

This much is certain. Todd has produced a  singular R&B record with little filler. It resides someplace between the alternative Sade record we have all been waiting for and the Janet Jackson basement tapes. A really good place to be.

Listen to “Acts of Love” by Maylee Todd:

The holy shit moments come at you fast and with a proper amount of high energy on the Wears House 80 min mixtape of Revisionist Rave and Jungle by LA-based producer Daedelus. The two-sided mix, which includes tracks from ’91-’96 as well as originals from Daedelus spanning from the early 2000s to today, consistently places the medicine in the candy. 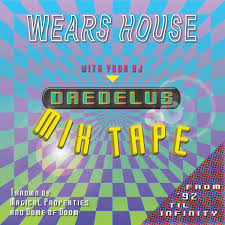 With breakbeat, acid house, techno, and jungle all represented and mixed appropriately in historical order….Some stiff outsider to the 90’s rave culture might have spun a preachy teachy web of sound. With Daedelus,  who keeps a concrete foot steady on the gas pedal always,  there is no time for a “peaks and valley” mix.

Matching the 90s revivalist feeling that is now ingrained within the national zeitgeist, Wears House could have been the tape bumping non-stop in your Volvo hooptie. The one with the left speaker that would cut in and out. So when leaving the “illegal” full moon party just past Candlestick Park here in SF at 6AM. As you wipe fog or morning dew out the side of your eye cracks while fumbling for the “street legal” Red Bull and vodka in a Gatorade bottle. The elongated good feeling of “Capulet,” a three-minute house extension by Daedelus, will keep you pressing the rewind button. And get you and your new best five friends home with unbridled optimism.

Listen to “Wears House” by Daedelus:

Landing in from the category of everything that’s true is new once again. Stimulator Jones, the latest signing to the culturally defining label Stones Throw, delivers shimmery smooth R&B from an earlier time with serious boom bap kick. “Need Your Body”  is just an introduction to the vast “range of styles and 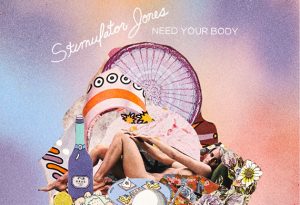 periods from the 1970s and 80s to the present day” that he chooses to pursue.

While his début album is expected in early 2018, this first taste from the Roanoke, Va artist swoops in and captures the “Jimmy Jam and Terry Lewis” era of New Edition slow jam slickness, with just a tad of curated lo-fi tactics.

After his start in the music world as a hip-hop DJ, Stimulator Jones began writing songs, and his ballad “Soon Never Comes” was featured on the Stones Throw compilation Sofie’s SOS Tape. Peanut Butter Wolf took note and immediately signed Jones to his label. A singer and multi-instrumentalist who can play anything you set in front of him — from banjo and fiddle to harmonica and sitar — Stimulator insists on playing all the instruments on his songs himself, for complete and total control over the results.

Listen to “Need Your Body” by Stimulator Jones:

There was a DJ night, run by Blaze Orange at Dalva here in SF around 2010 that showcased the 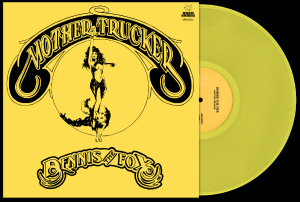 psychedelic and avant-garde hues of country-western music. “Piledriver,” a sexy warning on avoiding certain sleazy situations and characters put to a funky organ and equally interesting drumbeat, was a staple at this night. MotherTrucker, a much sought after lost album by Dennis The Fox aka Dennis Caldirola, plays out like a surrealistic Quentin Tarantino film billowing from a honky-tonk jukebox. Caldirola displays his best The Doors meet Brian Auger impression on the lounge folk hero blues of “Gunther Haydees.”

Reissued by Modern Harmonic, the rock, psych, soul, funk, country, and pop nugget has been sampled by DJ Shadow and producer Alchemist.

Yasmine Hamdan, best known for her groundbreaking work in Soapkills, one of the first indie electronic bands to emerge in the Middle East in the late 90s, will perform here in San Francisco on November 12th in support of her new release Al Jamilat (‘The Beautiful Ones’). 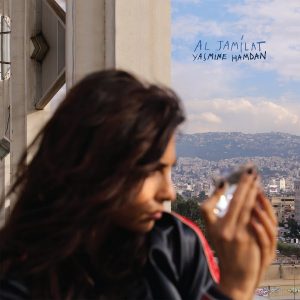 While Yasmine’s vocals are definitely connected to traditions of Arabic music, to which she takes an unconventional and fresh approach, the structures and arrangements of the songs are very remote from its codes and take in elements from contemporary Western electronic, pop and folk music.