A portion of the material on Natural Sci-Fi, out today on Eglo Records, dates back to 2005, just after the 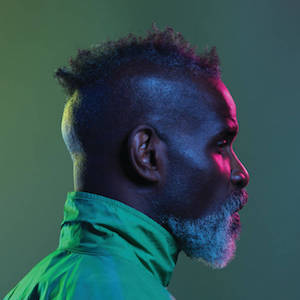 release of Steve White’s first album under his Steve Spacek alias, Space Shift. The second LP was shelved and White pursued other projects, like Black Pocket, Beat Spacek, and Africa Hitech with Mark Pritchard. It’s okay though. White is so far off the curve of predictability, in any decade, that nothing he produces will get tired. That lopsided South London swing-ting and effusive approach to music, essentially the whimsical center of “Carnival Nights”, will always have Spacek’s’ DNA in it.  In the last few years, White returned to Natural Sci-Fi, adding some new material and inviting the vocalists Oddisee and Natalie Slade to contribute. Natural Sci-Fi is comprised of swinging soul and a plethora of electronic music styles flowing through it. White has released his past few EPs, including last year’s Mov Closer, via Eglo, and an album as Beat Spacek, on Ninja Tune, back in 2015.

Discovering obscure songs is a reckless type of entertainment. But when the selections are of high quality and many, that’s damn near nirvana. Unusual Sounds, the Anthology Recordings 20 track library compilation that refuses to pad itself with bammer tracks, locks in on jazz, prog, funk, and experimental constructions shot through a deep, thoughtful 1970s shag rug of a scope. There is a David Axelrod meets Lalo Schifrin work ethic on display throughout. These types of comps were originally used for stock music in entertainment that could be licensed for next to nothing. 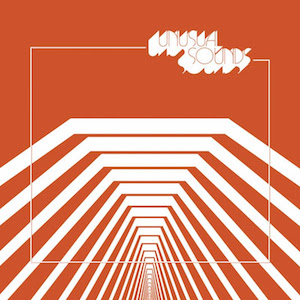 Sounds works as a fully conceived album. Not a playlist, people. A collection of songs issued as a single item on a record, CD or another medium – something that requires your twitter brain to shut off. Be present and let things work their way in.

Right out the gate “Funky Fanfare,” a song by Keith Mansfield, pulls your head in two directions.  The coming attractions sequence it was used for, at the beginning of Quintin Tarantino’s Planet Terror, or to the song “Old School” by Danger Doom which sampled the crunch and bump moxie of the track. “Running Fast” has all the Technicolor bliss of a rapid moving underwater segment where the fictitious Steve Zissou is gainfully closing in on his coveted Jaguar shark. While the glorious prog ephemera of “Survivor,” wading in all types of synths, has bass lines moving at a sloths pace. But its “Tropicola,” with the switch ratchet energy of the güiro on display, breakbeat verve, twisty strings, and three-dimensional sounding triangles bouncing from one ear pod to another, that displays how much this background music warrants the light of day. 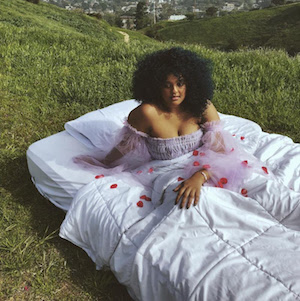 Moving straight to ballad chill mode, “Crush,” the sparkling R&B single by Hunnah, written and produced by Cuco, finds the Canadian singer and songwriter daydreaming about the impossible – being vulnerable and bringing her walls down. The song is off her début Show You EP that will now be coming out in January. The EP introduces Hunnah as a major force, both as a singer and skilled songwriter, but also serves as a dedication to her mother who passed away from cancer. “’Crush’ is me daydreaming about what it would be like if I let my walls down and just honestly told someone how I feel. It’s really about being vulnerable in a way that I find kind of impossible in my real life.” – Hunnah

Souleance, the DJ producer duo consisting of Soulist and Fulgeance, has given us just a taste of what’s cooking up for them on their forthcoming 2019 release, French Cassette.  “Francios” and “Sète” is a double-sided EP that bubbles along showcasing the fragile magic of balancing a multitude of samples with the right amount of French bravado. “Sète,” broadcasting upfront all the warmth needed to charge a car battery, uses the chuggy bits of chest-out disco, slows them down to a sway, and wraps caramel keyboard work around the tune. It’s charm city from tip to tail. 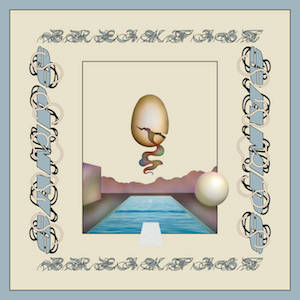 Breakfast, the audio Rorschach test by The Samps, is a high-octane bliss turned up to eleven romp through “the weirder the sample the better” touch and go game of tag. Comprising of J. Darrah, aka 12manrambo, drummer Harland Burkhart, both from Oakland, and Los Angeles’ Cole M. Greif-Neill, aka Cole M.G.N., this cut up boogie, chillwave, dusted R&B mosaic never get obnoxious. Which is actually kind of surprising. Cause stuff jiggles and slaps with regularity. But this trio of funky pranksters, all former members of Ariel Pink’s Haunted Graffiti, have found a way to slap the serious outta EDM, but still remain respectful about it. Breakfast is out on Nite Jewel’s Gloriette imprint.

Earlier this week Georgia Anne Muldrow released the first visuals from her most recent and accomplished album to date, Overload. Released in late October, Overload, her first record on the Brainfeeder Imprint, presents a streamlined glance into all the styles Muldrow can swing when executive production duties are placed in the hands of Aloe Blacc, partner Dudley Perkins, and Brainfeeder label boss Flying Lotus. When Muldrow, a Los Angeles-based producer, musician, vocalist, and jazz energy vessel, chooses to release music, it’s a situation. She’s accumulated a fortress-like discography of avant-garde hip-hop/jazz/soul since 2005 and has received well-deserved accolades from peers Ali Shaheed Muhammad of A Tribe Called Quest and Yasiin Bey (FKA Mos Def). Check out the criminally slept-on masterclass in hip-hop/soul production Muldrow crafted for fellow Los Angelenos vocalist Jimetta Rose on 2016′s The Light Bearer for proof of that quality control. Naming her own version of R&B as unconventional—” it got a little guts to it”—she carries a direct lineage all the way back to Nina Simone.