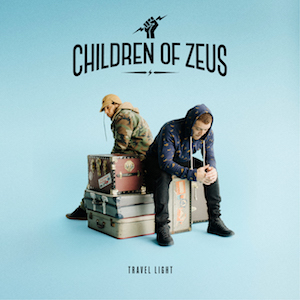 produced long player with Travel Light. Understand, there is not one ounce of a displeasing or sophomoric idea here. Veteran representation of Manchester’s now-school of British Soul Music. CoZ stands as the ideal formula of how hip-hop can grow old with grace and possibly bloom into something greater. The floating “Bruk” brilliance of Vibrations, a collaboration with K15, the neo-soul vocalist and grimy emcee with introspection shows Travel Light works no matter the genre pathways. With features from [ K S R ], LayFullStop, Metrodome, and DRS, the terrain is wide. Guest production comes in the form of Switzerland’s Sebb Bash, Nottingham’s Juga-Naut, and London’s Beat Butcha and also Mr Thing. Soul Queen Terri Walker joins the duo on Sling Shot Riddim. But the standout part here is Tyler and Konny and their knack at making immortal music.

Hana Vu/Crying On The Subway 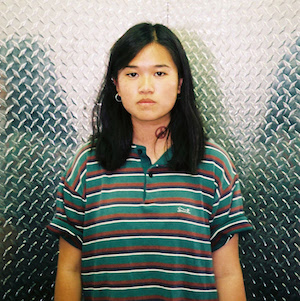 like a bass hit and kick drum in their ennui. Look toward Jay Som and Yuno as members of that “new look” indie rock clique as well. Which is a nice change, for introspective meanderings don’t all have to be rooted in the typical jangle algorithm or just made by skinny white dudes. After 5+ years of writing and self-releasing music, including a collaboration with Willow Smith, Vu dropped the EP  How Many Times Have You Driven By a couple of weeks back. It’s a mature sounding take on DIY pop that purposely draws outside the lines of contemporary indie-rock constructs. There is smart guitar work here to go with the killer synth hooks that refuse to be saturated in downer juice. Vu is a killer musician who should not be slept on.

No Kind of Rider/Savage Coast

As stated on their Bandcamp page, No Kind of Rider is an American five-piece indie rock band based out of Portland, OR. Their début album Savage Coast blends indie rock, shoegaze, r&b, and electronica influences. 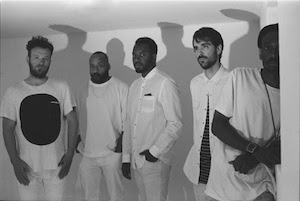 What their almost apt self-description leaves out is this group’s succinct affinity to hit similar tones and moods found on any TV On The Radio release circa 2004. Songs such as  “Autumn” smolder along for five minutes under the vocal avatar provided by Samuel Alexander with observations devoid of feeling. Accompanying melodic synths and guitar fingerings paint a sky of terseness. But then the track named “Interlude” is 2 minutes of beat tape goodness with the right snug of atmospherics.

No Kind of Rider’s Savage Coast, which out now, is an easy thing to enjoy if you are open to the creative merging of ideas that involve fuzzy electronics that are sometimes accompanied by guitars emoting weariness. 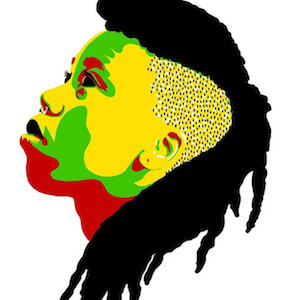 The skilled multi-instrumentalist and producer Kilamanzego, pronounced  “kill a man’s ego,” is a Philadelphia based artist who makes glitchy beats that slap with infused kalimba sounds. Nobody out here doing what she does. To her credit, the comments that go with her Soundcloud tracks have more wit and relevance than anything flying across your screen.

Montreal’s Marie-Hélène L. Delorme, aka FOXTROTT, has had some atypical stuff going on for a while now. From the choreographed mindfuck of a video for “Shakey Hands” to the current slinky bass, snap crackle jam “Better With You.”

Her Meditations II EP, out on August 10th, sees the inimitable producer, vocalist and multi-instrumentalist 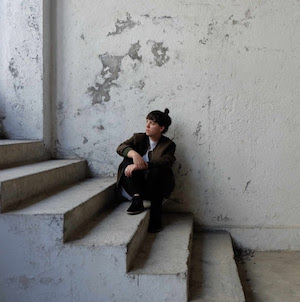 expand on the contrast of an inner peace and the tension felt in response to an outer fast-paced, outraged world. Since unveiling the FOXTROTT moniker to the world with the EP Shields in 2012 and her Polaris Prize-nominated début A Taller Us in 2015, her beefy bass lines, captivating melodies and lyrical candour have taken her to New York, London, Berlin, and beyond. She has received critical praise and industry plaudits from the likes of BBC1, France Inter, the UK MVAs, and Red Bull Music Academy, where she served as a Canadian studio mentor last fall. In addition to recent collaborations with Cadenza, Random Recipe, Jean-Michel Blais, and Pierre Kwenders, Delorme has kept up a steady cycle of composition for film, production for musicians and special projects.

Victor Axelrod‘s rocksteady revamp of  Charles Bradley’s “Whatcha Doin (To Me),” released on 45 by 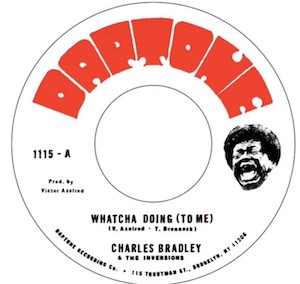 Daptone last Friday, just makes musical sense. Originally a stand-out album track from the LP Changes, the grit and please of Bradley matched up with the 70’s reggae skankin comes off like a Clement Dodd Studio One gem.  CB was able to hear this version before he passed, to which he said “Ooooooo! I LOVE IT!”

The Melbourne-based band Mildlife, a four-piece outfit that combines Jazz and Post-Disco along with 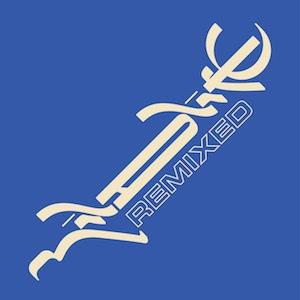 kaleidoscopic atmospherics return with a remix EP slated for release in August. The track “The Gloves Don’t Bite (Mount Liberation Unlimited’s Re-edit for The Dancefloor)” is yet another extended bang-up of a groove that stays in the tradition of “chest-out” disco. Their début album Phase, released this past winter, took krautrock and its progressive fusion configurations to wide green expanses.

The 36 people who passed in the Ghostship Fire on December 2, 2016 in the Fruitvale neighborhood of Oakland California were just looking to dance, vibe, and take part in a communal gathering based on art. Bay Area Warehouse parties are notorious for uniting alternative thinkers and outsiders pushed to the fringes due to finances, lack of affordable housing, or lifestyles. Under the umbrella of inclusion marginalized folks can get found on a dance floor. “They Sleep We Love,” dedicated to the loss of life on that particular night, reminds us that dancing has always been a political choice that reaps spiritual benefits. Dave Aju explains the making of the track.

“This release has been a long time coming and is as full of love as it gets. After our successful collab on his dope Columbusing LP, my dude Thatmanmonkz / Shadeleaf Music and I started working on some drum cuts 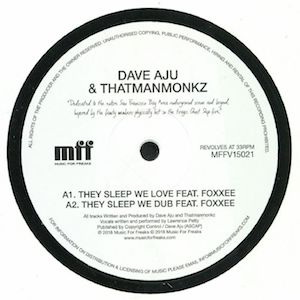 together. At the same time, I finally linked with the homie/hometown legend Lawrence Petty aka Foxxee and made good on a promise from years back we work together. He and Pete Avila are directly responsible for introducing most of us Bay Area kids to the early sounds of House Music on Ya Mama’s House late night on 106 KMEL, lest we forget. At first, we had a cool ‘lil love story jam going and were running with it… Then, the tragic news of the now-infamous Ghost Ship fire hit us, as it did many who were close to the SF Underground scene and the friends and family physically lost that evening. We made a collective decision to rework the track as a tribute, at first very specifically to our SF roots, so the track took a stylistic turn back to the feeling of the sweaty warehouse vibes of the mid-90s Bay Area rave scene heydays where we all cut our first rugs/teeth, when second wave Chicago (Relief, Cajual)and NYC (Maw, Nervous) were the main menu choices for those endless nights.”

“Then Lawrence wisely decided lyrically it should instead be a universal underground anthem, as tragedies like these not only affect those geographically close but that our Worldwide family connection is our strength and the message is We Are The Music. First and foremost. Before cities, states, nations, politics, career BS, or any other dividing lines. This decision was taken one step further with the fitting happy accident of the label hands at Music For Freaks retitling the track “They Sleep We Love,” as opposed to Live, as our beloved late brother Johnny Igaz’ eternal arm tattoo read; this one is for him, and all of them, and all of us in the end. My man Seven Davis Jr came thru with a fresh remix ribbon to tie on the package, I added a Foxxapella so the message can be heard loud and clear, and now it’s finally here!”