Kaidi Tatham is about to reset the clock on what broken beat, soul, and downtempo can do in 2018. Known for his landmark work with Bugz In The Attic and consistently backing up his reputation as a première DJ. His 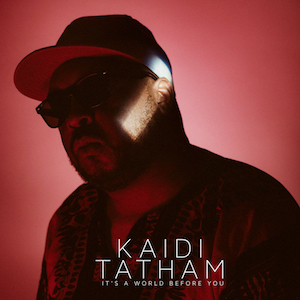 upcoming double vinyl release, It’s A World Before You, establishes the breadth and depth of his jacket, and the high caliber of his electronic music.

Tatham’s discography, along with fellow producer Dego, should be mentioned as a vital part of the ongoing “UK Jazz Renaissance” that many writers, present company included, have spoken of for the past six months.

The devastating archive of compositions, including contributions from 4hero and 2000 Black, made jazz accessible to the younger generation that is now exploring the genre with samplers, 808 drums machines, and freedom.

Dego and Tatham sprinkled these ideas through their discography of landmark broken beat compositions over the past twenty years. Listen to Joe Armon-Jones, Kamaal Williams, Emma-Jean Thackray, Ezra Collective, and Nubya Garcia. The link cannot be ignored. Tatham and Dego join forces on the lead track and album namesake here in their classic sway and groove combination. It’s A World Before You by Kaidi Tatham will be released on First Word Records June 29th.

Following her triumphant live set at the Hollywood Bowl in LA on Sunday, in support of Flying Lotus, 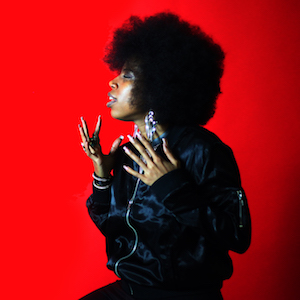 Georgia Anne Muldrow unleashes her first single for the Brainfeeder label called “Overload.” Produced by Mike &Keys, Overload discusses “the process of building loving relationships in spite of the malfunctions of Western society” according to Georgia. It’s an R&B stunner that only makes us wait in greater anticipation for her full-length release on the Brainfeeder imprint. Part of the fabric of Los Angeles’ hip-hop/ jazz/soul avant-garde since 2005, Georgia Anne Muldrow has built a mightily impressive discography and a reputation to match during her career as a vocalist, songwriter, producer and musician. 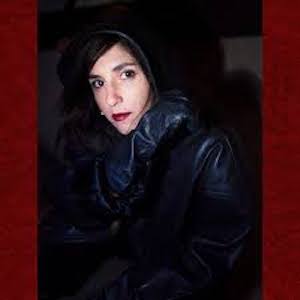 reduced, manipulated and transformed into something avant-garde. While retaining that synth-funk credibility. Released at the beginning of June, her two-song digital EP “On Your Own/The Jokes On You” was written and produced by her a year ago in Paris. “I was feeling myself. I hope U feel me too” she commented about the songs on her Instagram account. As long as the LA artist keeps her strong production hand on the tip of moody synth-pop creations, making non-obvious R&B moves, we will always be here for her.

Earlier this year Nite Jewel spoke about the importance of Computer World by Kraftwerk on the Heat Rocks Podcast hosted by Oliver Wang and Morgan Rhodes: 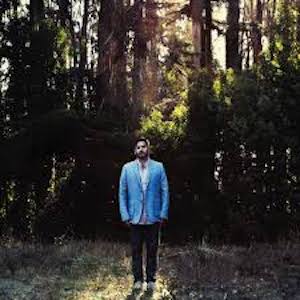 his Greasy Listening mix in the most nonchalant smack down way. Barrite aka Dave Aju, an experimental and open-minded electronic music producer, continues in his long ninja like tradition of playing records like chess. Currently residing in LA, here he does the minimal dance by pinging between selections from Kenneth Scott, Maghreban, Rhythm Section, and Brownswood Recordings. Alternating through house, disco and techno genres in rinse and repeat form. While summoning the sunshine as well.

Be on the lookout for the launch of his Elbow Grease imprint sometime after the summer. 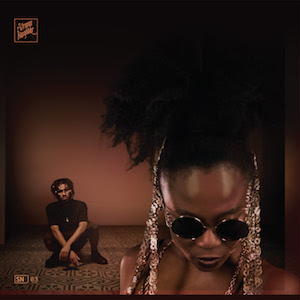 Oscillations features a host of productions and first-time collaborations combining the talents of Los Angeles based artists including Georgia Anne Muldrow, Blu, Med, Jimetta Rose, Mndsgn, Teebs, and Nia Andrews. The record, born out of the city’s restless cross-pollination of future soul, jazz, hip-hop, and electronic music, promises to be a declarative recording that documents the burgeoning underground arts scene preparing to take over the mainstream. Oscillations is set for release on July 20th.

After a two-year break, Vinyl Williams makes a grand return with the sonic dream catcher of a record Opal. 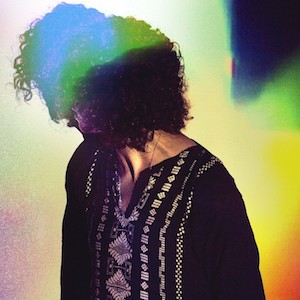 Brunei. Opting for superior production here by combining bossa nova and shoegaze with constant aggressive atmospherics. It’s a great leap for him as a producer by melding pinpoint chord changes and progressions while still pushing the fourth wall on what pop music can be identified as. Point of clarification here. This is not “chillwave” drivel or millennial ennui. Williams maintains that trippy airy element blowing hard AF in the Santa Ana winds. But his penchant for sprinkling a faint layer of blue-eyed soul just above his riffy soundscapes, makes you want to explore these celestial harmonies a bit further.

As always, you can never be exactly sure what he’s talking about. Dude is still out there. But damn it sounds beautiful.

Opal is set for a July 20th release on Requiem Pour Un Twister.

Bernice/One Garden/ Puff LP: In the air without a shape

Last week, rising Toronto experimental pop group Bernice saw their new album Puff LP: In the air without a shape nominated for the Polaris Music Prize. The music award is annually given to the best full-length Canadian album based on artistic merit, regardless of genre, sales, or record label. If you caught 2017’s Puff EP by Bernice, you would be familiar with the art-pop versus experimental electronic personality that the band owns. Their current Puff LP uses deconstructed pieces of EDM, muted constructs, and odd sound patches to build ephemeral dreamy stories that at times bump. Bandleader Robin Dann, who constantly vocalizes the immediate wonder of the moment with her Joni Mitchell like chops, inspects the blurbs and gurgles that inhabit the bands’ unresolved, never gimmicky, soundscapes. Here is a new video from them called “One Garden.”