“Something My Heart Trusts” is the second single this year from the lax voiced, Brownswood Future Bubblers graduate, and  Nottingham-based singer Yazmin Lacey. Tagged in the press as part of the UK’s New Jazz movement, Lacey continues to keep her raspy-sounding vocals backed up with straightforward, 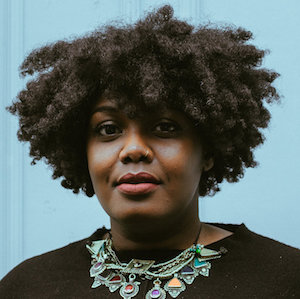 real talk lyrics. Evidenced by the opening lyrics “You won’t shut the fuck up/ And I won’t let you in /Something’s got to change this is sink or swim/So meet me in the middle.” As the music pogos between a caramel 90s neo-soul thang and a loose jam session that could be found on a lost Ryan Porter demo. This is the second time in three months that Lacey has released a glib song, delivered it cold, and made listeners want to run it back several times just to make sure we didn’t miss a thing.

A growing stature as a vocalist that cannot be denied, has garnered her performances with Ezra Collective, Tall Black Guy, and Fatima. Yazmin is on the road throughout spring for a run of dates across the UK, as well as several festival appearances across Europe locked in, including Soundwave, Field Day, and Dimensions, and a recent headline show at Rich Mix in London.

Listen to “Something My Heart Trusts” by Yazmin Lacey: 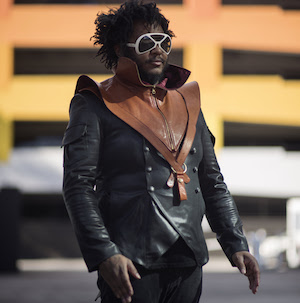 Always time to get geeked when new music arrives from Stephen Lee Bruner aka Thundercat.

Listen to “Final Fight” by Thundercat:

Some of the most exciting Afro-funk records of all time were actually made in the small West African country of Benin. But the strange thing about African Scream Contest 2’s celebration of unfettered Beninese 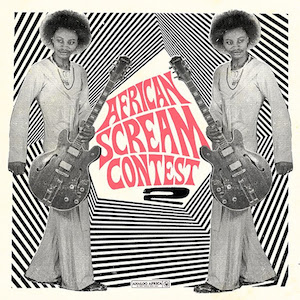 creativity is that it would not have been possible without the assistance of a musician who had been trained by the Russian secret services to “search and destroy” enemies of the country’s then Marxist-Leninist president Mathieu Kerekou.

Already familiar to fans of the first African Scream Contest as a mainstay of ruthlessly disciplined military band Les Volcans de la Capitale, Lokonon André vanished in a cloud of dust at Ben Redjeb’s behest with a list of names and some petrol money, only to return a few days later having miraculously tracked down every single name he’d been given. The source of this Afrobeat bounty-hunter’s impressive people-finding skills – his training with the KGB – highlights the tension between encroaching authoritarian politics and fearless expressions of personal creative freedom which is the back-story of so much great African music of the 60s and 70s. Happily, in this instance, Lokonon was tracking the artists down to offer them licensing deals, not arrest them.

Lailah Reich, who has recorded with Dirtybird’s J-Phlip in the past, identifies her formative years as a vocalist coming up in Chicago and exploring the sounds of that city: beat-driven tunes, acid jazz, hip-hop, 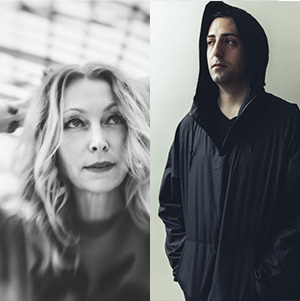 Tahif Attiek is a music producer based in Venice, CA. Under his previous moniker, Nunca Duerma, he gained the attention of press outlets like the Chicago Tribune, XLR8R, and Boiler Room.

“Mbira in NYC” places both musicians in the perfect spot where house and broken beat exchange ideas. It’s a bright and measured track that holds hope the two will continue further in their collaborations.

Listen to “Mbira in NYC” by Lailah Reich and Tahif Attiek:

As much as Mike Gordon, who creates under the name Mk.Gee, claims that “I’m not trying to make 70s or 80s revival music, I’m just trying to use these older sounds and re-conceptualize them, using them in ways that past players or producers maybe haven’t before,” dude be dipping in some Prince punch, laced with 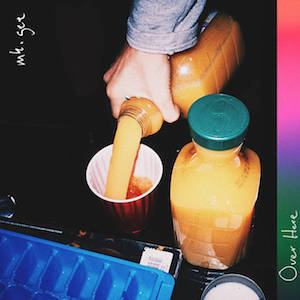 wavy acid guitar strumming. It’s okay. The only plagiarism here is the freedom to not stay in one style of experimentation.  His début project Pronounced McGee due out May 18th was written, recorded, performed, and mixed by Mk.Gee in his Los Angeles bedroom. Gordon has released four singles thus far including “I Know How You Get,” “Unaware,” “Roll With The Punches,” and “Over Here”. “Unaware” received early praise from Pharrell Williams and Scott Vener during their OTHERtone Beats 1 show. CLASH Music referred to his sound as “Woozy hip-hop beats viewed through an analogue synth prism”.

His music is the result of a young vibrant creative mind just extolling unfiltered expression.

It would seem Aztek, the new artist on the Courteous Family label has 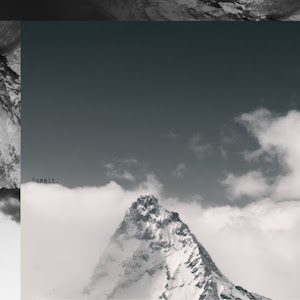 Courteous Family, which features Tsuruda, Huxley Anne, and Woolymammoth on their roster of artists have chosen wisely to add Aztek to their creative vision. His début long player, Summit, is now out on the Courteous Family label.

Is it the chunky, plentiful bass vibes working their way through the room? The playful retro outfits that The Internet adorns with pride, not cheesy mock? Or just having this six-piece supergroup back together again. Grooving in the golden light of breezy R&B. Yeah. That’s what’s up. Not gonna pile the words on, cause the visuals do all the heavy lifting here.