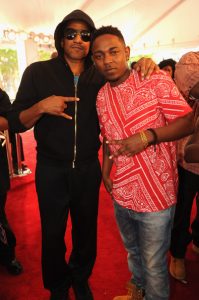 Earlier this month Q-Tip shared a previously unreleased single with Kendrick Lamar titled “Want U 2 Want” on his Beats 1, Abstract Radio show. It features both emcees vying for the attention of a female by trading heavyweight verses about their romantic methods. It’s a thunderous track that comes equipped with a variety of vocal grunts, scratches and sirens all flowing over a trademark “thick” Q-Tip beat. While it is thought to be a recording from 2013, two items cannot be dismissed. First. When pushed and challenged in the booth, Kendrick Lamar is far more dangerous on the mic than when alone. A mind-blowing thought by itself. Second. Every now and again we need to be reminded that Q-Tip is STILL one of the most lethal double threats (emcee/producer) that the rap game shall ever see. Be ready to keep bringing this one back.

Listen to “Want U 2 Want” by Kendrick Lamar:

Sometimes A Rose Will Grow In Concrete/Sy Smith 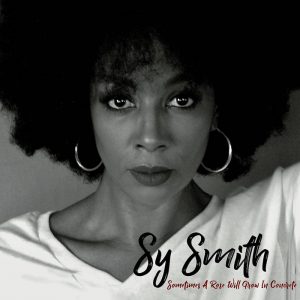 moment with Sometimes A Rose Will Grow In Concrete. The title track finds this vocalist working soul, gospel, and jazz audibles around a minimal piano chord progression. Grown folk moves, people. Smith has never been an ambulance chasing trend rider. She intuitively sticks with quality projects that fit her vocal range and personality. As she has mentioned on podcasts, Smith took residence in a DC Go-Go band back in the day. Also served as a backup singer for the late Whitney Houston.  These character-building experiences have brought us a persnickety vocalist that is the embodiment of staying power.

Listen to “Sometimes a Rose will Grow In Concrete” by Sy Smith:

Uneven Paths: Deviant Pop From Europe, 1980-1991 is the next far-reaching compilation, due out in March, 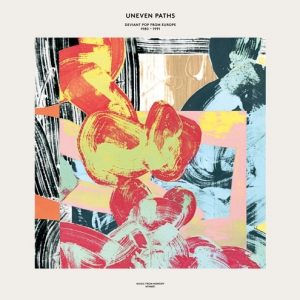 to come from Amsterdam’s Music From Memory boutique label. Jessica, a loosely constructed no-wave jam that flaunts its yearning for fusion attention, is from Nonobstant. A one-LP band which no info can be found out about.  Compiled by MFM label head Jamie Tiller, the compilation features twenty musicians from various locations across the planet.

“This is music with one foot in the avant-garde and another foot firmly rooted within the sensibilities of pop,” according to a label press release. “Where jazz musicians detour into synth-pop, punk bands break into boogie jams, and student doctors jam out on odd melodies with synthesizers and drum machines during their night shifts.”

Listen to “Jessica” by Nonobstant: 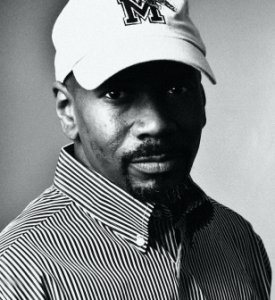 titled Cerebral Hemispheres. This is the first album from Heard as Mr. Fingers in 25 years. His career spans 35 years as a producer, mentor, remixer, and DJ. His influence has been at the center of Chicago house from its nascent stages to now.  Cerebral Hemispheres, according to a press release, “comes from the same place it always did more than three decades back in Chicago,” so fans should not worry about a drastic change in his music. Cerebral Hemispheres will be released on April 13 via his own Alleviated Records.  “Electron,” the first single from the LP, is an acid-tinged slow dripping mind freeze. That pushes along with sinewy posture.

Listen to “Electron” by Mr. Fingers:

The Rochester, NY native, Spencer, pulls tales from previous relationships. Keeps his self-produced music moving on the slo-mo tip. And sometimes chooses to spit verses instead of crooning. It’s a daunting task to place heart-wrenching lyrics over booming tracks with relaxed atmospherics blowing in the breeze. But that’s what dude does.

Listen “To Be You” by Spencer: 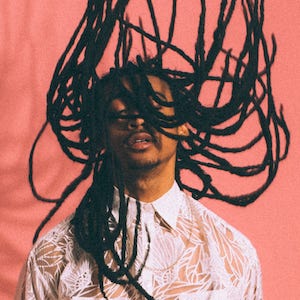 Sliding into the idea that a song can become an ethereal moment when constructed with the proper combination of family and funk. Hip-hop artist Topaz Jones has made “Toothache” the type of song everybody can get down with. And it doesn’t feel dishonest. Jones, whose father played in the ’70s funk band Slave, literally makes his rap voice part of a band. His Aunt blesses the intro and outro of the track with pronounced attitude, while our young emcee just disappears into the roller disco fun house.

Listen to “Toothache” by Topaz Jones:

Just before the end of last year, Nabihah Iqbal (FKA Throwing Shade) released a daring and singularly crafted début record that mined the essence of the Post-Punk genre and its close relationship to house and electro. Learning to play the guitar and writing in a different genre of music led to her record Weighing of The Heart to pop up on several Best of 2017 lists. “Zone 1 to 6000” is a synth-pop push-pull anthem dedicated to “waking up to break the rules, waiting for the week to end.” Iqbal presents her lyrics in a spoken word delivery system while gentle chord progressions pay diffident homage to  “The Cure.”

In this video for the song, Iqbal walks through London surrounded by people, emitting the notion of solitude. Watch it: